Streamlining the Public Housing Repair Process for NYC – Next City 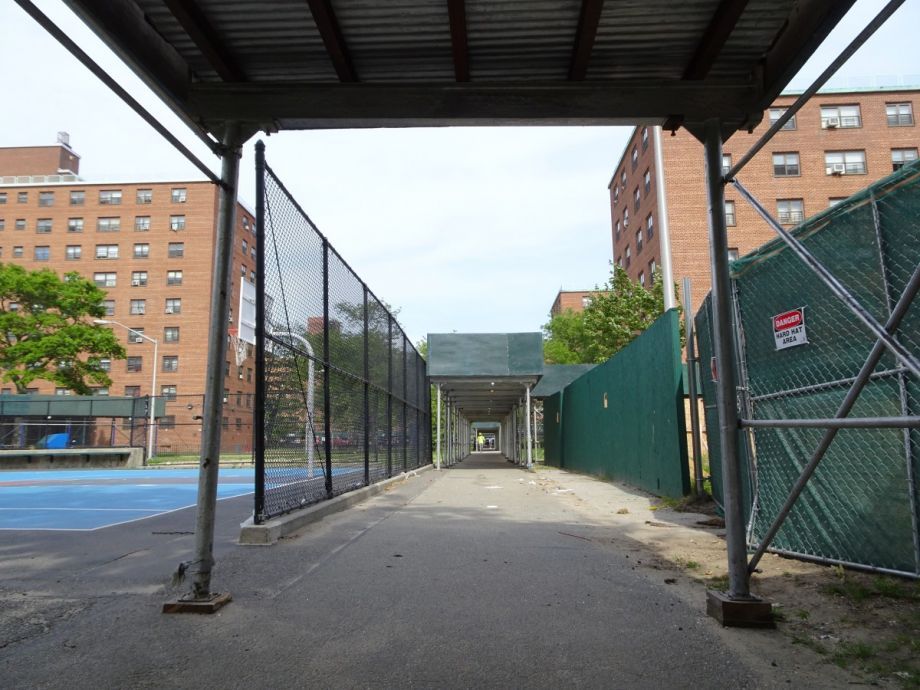 Last week, when New York Governor Andrew Cuomo declared a state of emergency at the New York City Housing Authority, or NYCHA, announcing an additional $250 million in funding to address its tenants’ needs, he also granted the agency to the authorization to use design-build.

Design-build is a streamlined process in which one entity handles a project’s construction and design services under a single contract, instead of splitting the two functions into seperate contracts (known as design-bid-build). The process has the potential to halve the time it takes to replace boilers and make other repairs. At NYCHA, replacing boilers requires manufacturing the actual boilers. Without design-build, the process can take two to three and a half years.

“It’s not going to Home Depot and purchasing a boiler—as easy as that sounds, we wish we could,” said New York City Council Member Vanessa Gibson during the City Council Committee on Public Housing’s preliminary budget hearing in mid-March.

At that hearing, Gibson, who chairs the Council’s subcommittee on capital budget, expressed some uncertainty about the NYCHA’s ability to use design-build if given to the agency.

“Design-build will not help if we don’t know what to do with it,” she said at the hearing. “If we are supporting design-build authorization, we just want to make sure NYCHA has systems in place to use it in an effective way.”

Reached last week, Gibson says she remains concerned about the agency’s capacity for using design-build well. But she’s happy and relieved that the state authorized the process for NYCHA, and she looks forward to working with the agency over the next few weeks.

“We really want to make sure they have the staffing they need,” she says. She hopes the agency can emulate the successes that the Department of Transportation and Department of Environmental Conservation have had using design-build as NYCHA makes in not only repairing boilers, but to fixing roofs and elevators, removing mold, and completing capital work.

Design-build lends itself better to certain types of projects more than others, but how much of an impact design-build can make at NYCHA — and whether the agency would be able to integrate the process into its workings efficiently — remains to be seen.

“NYCHA has the expertise to determine which projects would benefit from [design-build], and they should use it for those projects,” says Michael Rosen, who previously worked at NYCHA in capital projects and property management for more than a decade and now works at Breaking Ground, a supportive housing organization. Authorization for design-build, he says, allows the agency to use a tool available to others around the country.

As Next City has reported previously, twenty-five states authorize the use of the design-build process by all agencies for all projects, and another 17 states allow it to be widely used, according to the Design-Build Institute of America. New York is one of just eight states that limits the use of design-build — in New York’s case, to five agencies: the Transportation Department, the Environmental Conservation Department, the Office of Parks, Recreation and Historic Preservation, the New York State Thruway Authority and the New York State Bridge Authority — and now, the New York City Housing Authority.

While Rosen cautioned that design-build is not a silver bullet to solving all of NYCHA’s problems, it can certainly help to cut through the bureaucracy on the most urgent repairs. “I think people are going to be disappointed when a boiler project still takes time or isn’t reduced by that much because of design-build alone,” he says.

Maria Doulis, vice president of the Citizens Budget Commission, recognizes design-build as an important ability for NYCHA to have, but warns of its limits in light of NYCHA’s capital needs. “You’re not going to allow NYCHA to do design-build and then suddenly they’re able to fix everything with the money they have,” Doulis says.

Design-build can allow construction to begin earlier than in a traditional process, called design-bid-build, because the design and construction phases occur simultaneously.

“The benefit of design-build is that it can dramatically decrease change-orders because the architects, the engineers and the contractors who are going to build it are all kind of working together very early on,” Doulis explains.

Actual cost and time savings of design-build vary depending on the project. “In most cases you find savings in both,” she says, “because time is money, and the longer projects go on, the longer the overruns go on.”

Currently, the firm MDG Design & Construction is coordinating a boiler replacement project at NYCHA’s Ocean Bay Houses in Far Rockaway, Queens. The project is part of the $3 billion post-Hurricane Sandy grant from FEMA. In the aftermath of Sandy, the development’s boiler system needed a complete overhaul. Before the storm, Ocean Bay operated on a primary loop system with a central boiler plant in the basement of a central building serving all 24 buildings in the complex.

While the project didn’t quite use a formal design-build process, it does illustrate the potential of having the firm doing construction on a project involved in the earlier design phases of a project. MDG, overseeing the project, proposed an alternative design that would decentralize the boiler system by putting prefab boiler rooms on each building roof.

MDG Principal Nicola DeAcetis says that a true design-build process can make for lower costs and quicker project completion — in part because it would avoid a bid awarded to a contractor who low-balled the bid and expects to increase the profit with change-orders, which are costly and time-consuming.

“In this [design-build] process, the contractor assists with design development and submits a price proposal before the drawings are complete,” he says. “Usually, we work in tandem with our selected contractor and obtain a guaranteed maximum cost.”

While this designer-contractor collaboration within a design-build process can be more efficient, a traditional design-bid-build process accounts for checks and balances, according to Brian Loughlin, who previously worked at NYCHA in construction and real estate and is now at the firm Magnusson Architecture and Planning. In bid-design-build, an architect’s design checks against the construction contract.

Without that check and balance system, design-build could pose a greater threat of mismanagement.

Cuomo addressed the need accountability within the design-build authorization. He stipulated that an outside consultant, whom he would select along with the City Council, Mayor Bill de Blasio, Speaker Corey Johnson and the NYCHA Citywide Council of Presidents, would oversee the construction process and related city funds.

The appointment of an independent manager gave Gibson more confidence that design-build’s impact at NYCHA. “Residents of NYCHA have lost faith in the process and the system,” Gibson says. “We have to do something better that could be different, give them the expedited services they deserve and need.”