Spokane Implores Downtown Developers to Build Anything Other Than Parking Lots 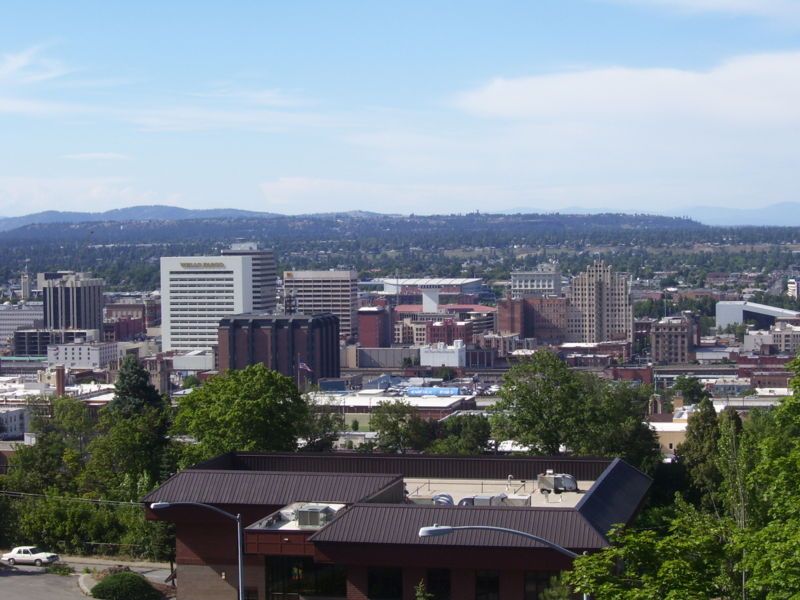 Officials in Spokane, Washington, are tired of surface parking lots that take up valuable urban space and remain vacant for most of the day. They’re so tired of them that they’ve come up with a plan that would incentivize developers to build anything — whether residential towers or office buildings — in the place of the sprawling car-storage lots, and they’re taking their plan to the state.

Andrew Rolwes, the public policy and parking manager for Downtown Spokane Partnership, is credited with coming up with proposal, which would offer developers a 10-year tax break on any project they build atop what is currently a surface parking lot, the Spokesman-Review reports.

“If you build something other than surface parking lot, you get a tax abatement,” Rolwes told the Review. “Nothing like that exists on the books.”

Spokane City Council President Ben Stuckart is a fan of the idea, which Rowles reportedly came up with — and then tweaked — during one of the council president’s presentations. From the paper:

Stuckart already had been mulling how to spur development on parking lots, but was leaning toward taxing the land for its “highest and best use.” Hartford, Connecticut, is trying this form of development compulsion, but has faced stiff opposition from parking lot owners who say creating a special taxing district to force them to develop or sell their downtown properties is unfair.

Rowles and Stuckart realized it might be more effective to give tax breaks to developers, rather than trying to tax parking lot owners, and Stuckart has since written a draft bill with the hope that it will make its way to the governor’s desk. According the Spokesman-Review, if the bill were to be implemented in its current form, it would apply to cities in Washington with populations between 150,000 and 250,000. A state representative has so far taken it to the Department of Revenue for comments and edits, and Stuckart plans to look for a sponsor on the House Finance Committee.

Its implementation is far from a sure thing, but Spokane isn’t alone in its attempts to eliminate surface parking in the urban core. The hidden costs of parking — especially in cities like San Francisco with hot real estate markets — can be shockingly expensive. Some cities are attacking the problem at its roots by pushing back against outdated parking minimums, which are often folded into the cost of housing. Others, like Washington, D.C., and New York, have been crafting laws mandating that employers offer commuter benefits, rather than just subsidizing car commuting with a free parking space. And still others, like Edmonton, Alberta, are more overt in their efforts. The Canadian city has plans to purchase several downtown lots and convert them into a 3-acre park.