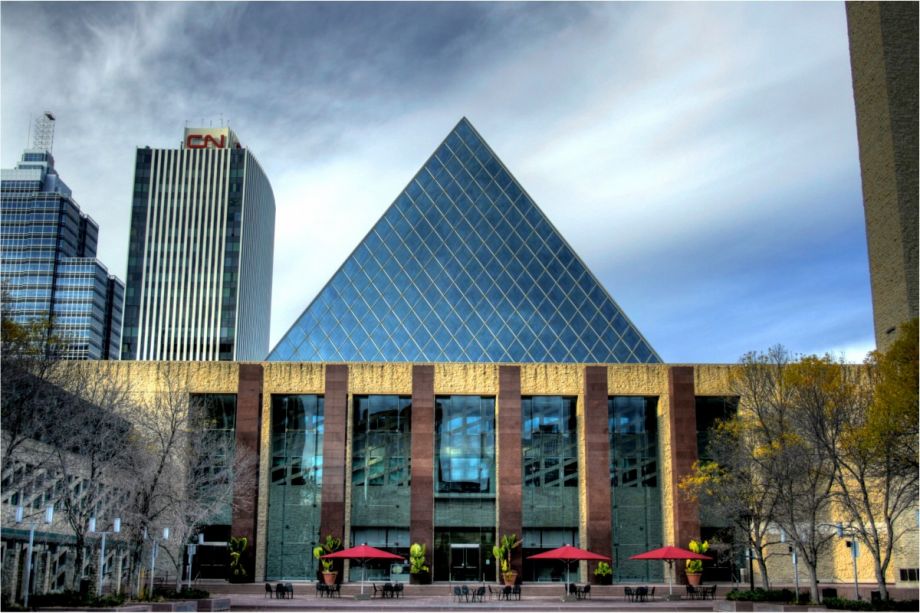 If all goes according to plan, the city of Edmonton, Alberta, will purchase several downtown surface parking lots to build a 3-acre park. The conversion is one in a series of projects the city has built or intends to build as part of its 20-year downtown revitalization master plan.

The Warehouse Campus Neighborhood Central Park’s proposed site sits between Jasper and 102nd avenues and 105th and 107th streets on privately owned lots. The city is currently negotiating the land purchase with the four separate lot owners. But if they cannot reach an agreement to voluntarily purchase the lots, the city intends to expropriate the land.

“We’re neighborhood building in this area of downtown,” says Duncan Fraser, a senior planner with the city. “It’s a large park around which we hope future residential towers will be clustered.” 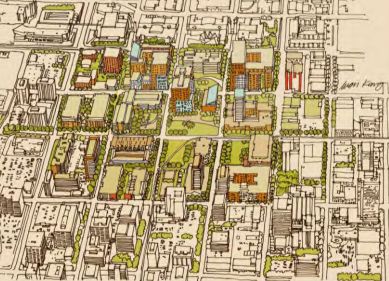 Downtown Edmonton currently has about 14,000 residents. The city projects that the downtown population will grow by another 15,000 to 20,000 people over the next two decades.

“We know that neighborhoods like this need amenities. They need bikeways. They need wider sidewalks for pedestrians. They need park space,” Fraser says.

The city won’t move ahead with an exact design of the park until the land is acquired, but Fraser says it will be a green space large enough to host festivals and gatherings.

The park is one of nine “catalyst” projects that the city plans to build to spur commercial and residential growth. They include expanding light rail, and building new bikeways, pedestrian infrastructure and a promenade along the North Saskatchewan River. The brand-new Rogers Place Arena, home to the Oilers hockey team, is the centerpiece development of the revitalization plan. Opened in September, the arena cost over $600 million CAD (about $450 million U.S.).

Converting parking lots to parks has become a fairly common practice for cities interested in expanding green space in already developed neighborhoods. Downtown Dallas’ 1.6-acre Belo Garden Park replaced a surface parking lot in 2012. Tulsa converted a 2.6-acre industrial brownfield lot into the Guthrie Green. According to the Urban Land Institute it has spurred $150 million in public and private investment since it opened in 2012. San Diego turned a small downtown parking lot into a 2,500-square-foot pocket park. Edmonton is, in fact, already in the process of building a smaller park on the site of a former city-owned parking lot: Alex Decoteau Park is slated to open in 2017.

There are active proposals for replacing parking lots with parks in Lexington, Kentucky, Dallas, Portsmouth, New Hampshire, and elsewhere.

Edmonton hasn’t committed to a timeline for completing the Warehouse Campus Neighborhood Central Park. Fraser says the immediate next step is to return to city council in February for permission to move ahead with the land acquisition.

Robert Noce, a lawyer for one of the four parking lot owners, told CBC News that the city’s initial offer was reasonable and he “expects the negotiations to go well.”

Once the city has the land, Fraser says they will conduct a community outreach process to gather input before finalizing the park design.