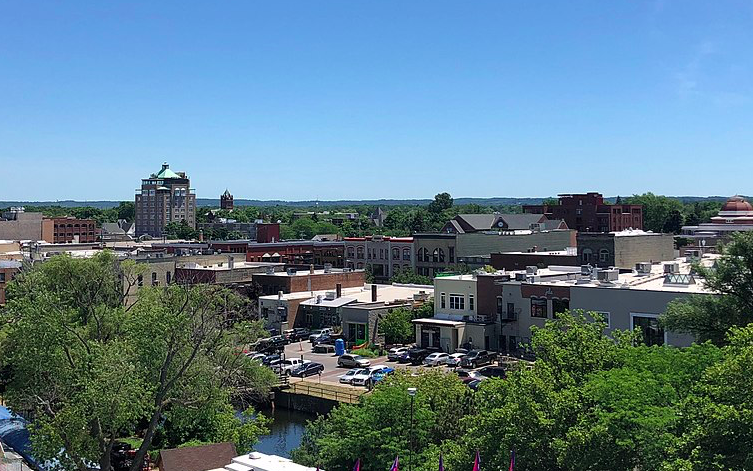 It’s not unusual anymore for U.S. cities to make aspirational commitments to 100 percent clean energy — even if the technology for such a shift (say, zero-emission equipment for ports) isn’t widely available yet. Increasingly, city leaders are willing to bet that renewables will scale rapidly enough to keep up with their stronger regulations. They’re also willing to pool their buying power to help those technologies along.

Utilities, being in the actual business of keeping residents’ lights on, tend to be more cautious. They also tend to be monopolies — many of them with vested interests in fighting distributed power sources like rooftop solar.

That’s why a small midwestern utility’s board meeting last week was so newsworthy.

Traverse City Light & Power serves a number of small communities in Michigan. Last Wednesday, its board voted to set a 100 percent renewable standard for 2040, the Record Eagle reports.

Those numbers don’t sound so impressive on their own — Minneapolis and Denver have committed to being complete renewable power by 2030.

But as the Architect’s Newspaper explains: “What distinguishes this step is that the utility company is exceeding goals set by the city it serves.”

When municipalities set green energy goals, that leaves utility companies scrambling to find providers who can fulfill the demand. In the Traverse City case, however, the utility company is deciding to ditch polluting sources before its customers have.

The impact may not be enormous — TCL&P serves a region with a population less than 20,000 — but it is an example of how utilities could evolve in other areas, and what customers could reasonably demand from their utility companies. As older fossil fuel power plants age out of use, utilities are sometimes confronted with a choice over whether to replace the loss from a similar source or to go after newer, sustainable solutions.

The utility’s contract with existing coal power plants keeps it from meeting the goal sooner, according to the Record Eagle. But one board member pointed out last week that those plants are expected to be offline by 2030, if not sooner

Since that board meeting, however, Donald Trump’s EPA has put forth a proposal to allow states to set their own emissions standards for coal-fueled power plants. The move could continue the administration’s roll-back of the Clean Power Plan, depending on legal challenges. But it’s unlikely, even if the administration’s roll-back prevails, that it will bring about the second coming of coal that Trump has promised. To date, 270 coal-fired power plants have either closed or have announced they will retire, as Forbes recently reported, and Moody’s Investor Service has said that the price of wind power is so low that it could soon replace coal-fired power plants in the Midwest.