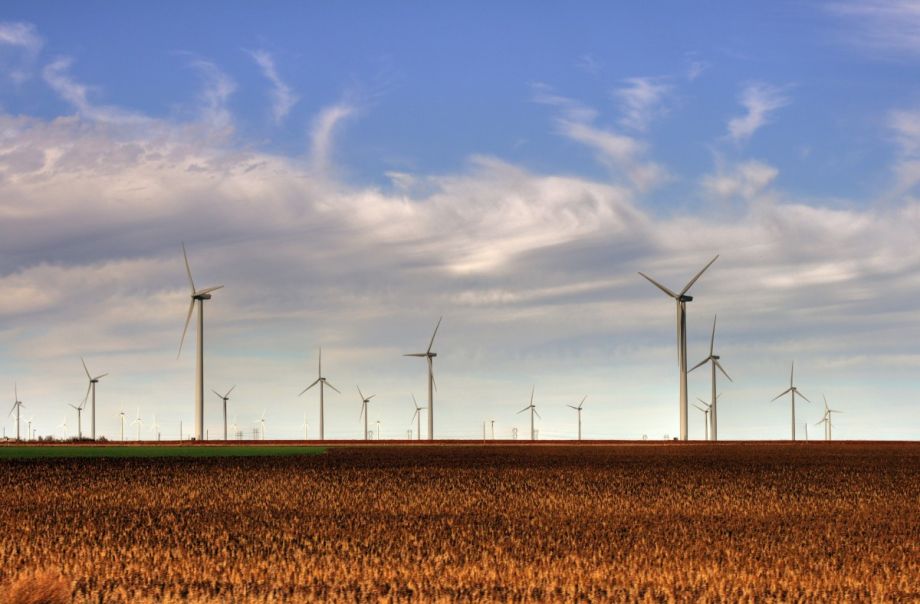 Led by American Legislative Exchange Council (ALEC)-drafted policy, conservative leaders in a number of states, including Kansas, tried to kill their clean-energy standards in 2013. Not a single attempt was successful.

“But in the wake of a Republican wave in several states in November, attacks on renewable energy standards may resurface,” Elizabeth Daigneau writes in January’s Governing, listing Michigan, Missouri, North Carolina and Ohio alongside the Sunflower state.

This year, however, they could face some surprising opposition.

From Barry Goldwater Jr.’s Tell Utilities Solar Won’t Be Killed (T.U.S.K) in Arizona to the Green Tea coalition emerging out of Georgia to pro-business, pro-wind advocates in Kansas, a number of well-organized, grassroots groups have begun championing alternative energy on free market values. Many of these organizations have, so far, rallied around rooftop solar and net metering, but their presence could be felt in the coming RPS battles — even though many of the Koch-funded groups pushing to end state mandates also claim free-market ideals.

Past fights haven’t exactly cut clear right-left battle lines either. Gabe Elsner is the executive director of the Energy and Policy Institute, a clean energy think tank. Observing and advocating for state mandates throughout 2013, he says that, although leaders pushing to repeal renewable portfolio standards (RPS) were generally Republicans, those in favor of keeping them came from both parties.

“The energy policy battles in 2013 set up a lot of interesting dynamics,” he says. “You had fossil fuel-funded special interests and their front groups trying to protect their market dominance.”

However, he adds, “massive investment in clean energy was driving jobs and growth so over the last few years we’ve seen bipartisan support of the clean energy standards.”

He points to the failure of RPS repeals, even in deeply conservative states, as evidence of this support.

But since a 2013 report prepared for Edison Electric Institute predicted that “disruptive technologies” like solar, wind and geothermal could “directly threaten the centralized utility model,” net metering fights across the country have also pitted homeowners against the regulated monopolies controlling their grid, making unlikely allies of the Tea Party and Sierra Club. The website of Arizona-based T.U.S.K. describes the policy battles in language that could belong on conservative talk radio.

“Monopoly utilities want to extinguish the intendment rooftop solar market in America to protect their socialist control of how we get electricity,” it states.

In Florida, meanwhile, a group called Conservatives for Energy Freedom is gathering signatures for a ballot amendment that would allow residents to produce and sell solar energy directly to other consumers. Its founder, Debbie Dooley, is also cofounder of the Atlanta Tea Party, and one of 22 people who helped jumpstart the movement nationally in 2009.

“I realized that I wanted to bring up a group that was strictly conservatives advocating for solar and other forms of clean energy,” she says of her decision to bring alternative energy and free market advocacy together under the heading “Green Tea.”

Too many conservatives, she adds, “have been brainwashed into thinking that only tree huggers and liberals care about the environment.”

Neither group has advocated heavily, so far, on the issue of state mandates — and they’re not exactly a natural fit. On an ideological level, Dooley explains, she believes in removing all mandates. But in the technical interest of allowing solar and wind to compete with coal and oil, she also reads between the lobbying lines.

And while some of the players pushing hard against the mandates — Koch Industries in Wichita, ALEC, Americans for Prosperity — call attention to subsidies and “training wheels” as the root of their libertarian opposition, Dooley points out the double standard.

“It’s hard to see Republicans talking about energy subsidies and ignoring the subsidies going to coal and nuclear,” she says. “Conservatives should not cherry-pick their principles.”

Whether or not T.U.S.K., the Green Tea coalition and others like them will take on RPS battles in 2015, Elsner says he anticipates fights in Kansas, Ohio, North Carolina and Maine this year — and he thinks conservatives will continue to play a big part in keeping them intact.

“There’s going to be a battle between free-market supporters who want a thriving clean energy economy that can compete and those who are working with special interests and fossil fuel groups,” he says.