Seattle Group Wants to Bring Back Historic Trolleys – Next City 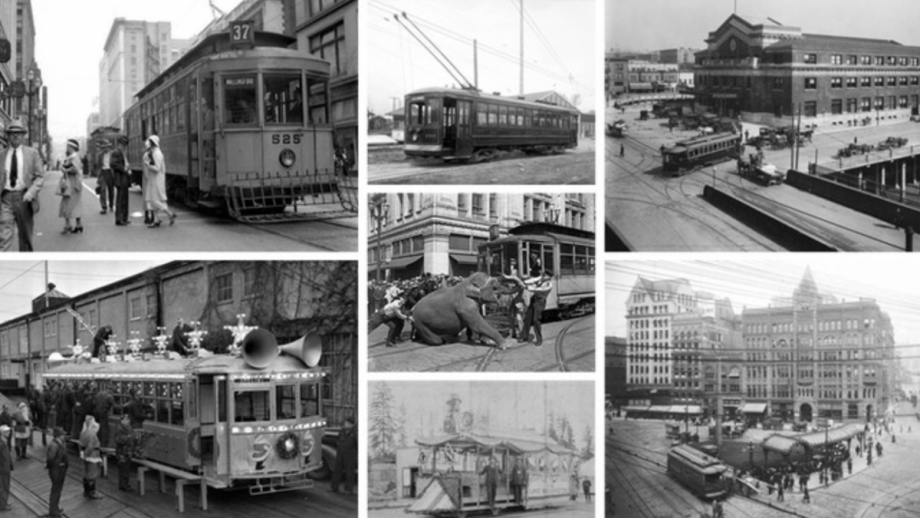 (Images courtesy of Friends of the Benson Trolleys)

When (and if) Seattle’s Center City Connector streetcar line goes in, several restored trolley cars that first appeared on city streets in the ‘80s could rattle back to life.

That, at least, is the wish of a streetcar enthusiast group called Friends of the Benson Trolleys (FOBT), which recently launched a Kickstarter campaign to fund a feasibility study. The group’s end goal: To restore two of Seattle’s historic Benson Trolleys, originally brought to the city by former City Council Member George Benson for use along the waterfront. The trolley cars were “mothballed” (as the group puts it on Kickstarter) after 23 years of service when the trolleys’ maintenance facility was demolished to make way for a waterfront sculpture garden. In 2015, the city of St. Louis purchased three cars for the Loop Trolley, but King County Metro held onto two. They’re currently sitting in a storage unit in Anacortes, Washington.

“[T]hese vintage trolleys will connect the fabric of our historic neighborhoods and sites with an authentic historic experience that is increasingly hard to find in our city,” the Kickstarter site states. “In this time of record growth and change, it’s more important than ever to connect to our City’s history and cultural past. We have a once in a generation opportunity to preserve an important part of our city’s history.”

The group believes that modifying the trolley cars to run on a higher-voltage line wouldn’t be too difficult, although it would require some up-front engineering, the Capitol Hill Times reports. FOBT is seeking $28,000 on Kickstarter (so far $6,980 has been pledged) and once the feasibility study is complete, the group believes it can use it to leverage more private funding. Don Blakeney, a Friends of the Benson Trolleys board member, told the paper that the organization may also apply for a capital heritage grant from 4Culture.

But the City Connector streetcar line, which would link the already existing South Lake Union and First Hill lines, has been a target of criticism from several members of Seattle’s city council. Last October, Council Member Lisa Herbold questioned a number of rosy projections about fare-box recovery for the line, Josh Cohen wrote for Next City at the time.

(Image courtesy of Friends of the Benson Trolleys)

“The streetcar, from my perspective, has limited utility as a transportation infrastructure tool for people,” she said. “It may have value as an economic development tool.”

Herbold’s council colleagues Kshama Sawant and Kirsten Harris-Talley echoed her skepticism, positing that the project didn’t meet the standards of the city’s Race and Social Justice Initiative and as such, the city’s $50 million contribution should be directed elsewhere.

“Is this the region of the city that needs the most urgent investment in transit?” asked Sawant. “Shouldn’t we be expanding transit routes and frequency in other parts of the city [that are currently underserved by transit]?”

Despite their opposition, however, a key budget deadline passed last year without the council pulling funding for the line, and utility work has begun. President Trump’s recently proposed infrastructure budget, however, would slash its federal financing.