Seattle Streetcar May Once Again Be on the Chopping Block 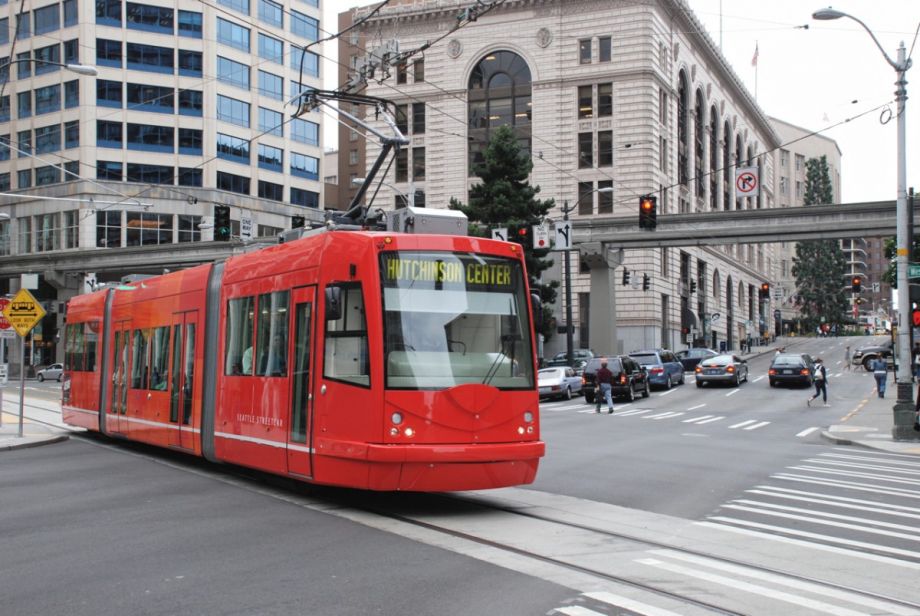 Plans to build a downtown streetcar have long been a source of debate among Seattle politicians, in large part because of the low ridership on the city’s other streetcar lines. Last week, during a City Council budget hearing about the proposed 2018 Department of Transportation (SDOT) budget, the center city connector line was once again contentious. Several council members argued that even with the Federal Transit Administration (FTA) chipping in $50 million to $75 million for the $177 million project, local money would still be better spent elsewhere. Streetcar proponents say that the center city connector is a worthy transit project and that turning down the FTA money now could hurt Seattle’s chances on other current and future grant applications.

Seattle currently has two disjointed streetcar lines. One runs from South Lake Union to downtown. The other goes from the Capitol Hill neighborhood through First Hill and the International District to Pioneer Square. The 1.2-mile center city line would connect the existing lines, going from Pioneer Square to the north end of downtown mostly along First Avenue. It would have a dedicated, streetcar-only lane for most of the route, though it would have to share the road at the beginning and end of the line.

A lack of dedicated right-of-way has plagued the other two lines. The First Hill line shares the road with all forms of traffic, leading to frequent delays. The South Lake Union line also suffered from a similar problem until recently when SDOT made a lane for the streetcar and buses only. Those delays contributed to the lines’ poor ridership.

According to Calvin Chow, an analyst for City Council, there’s about 500,000 riders annually on the South Lake Union line and 840,000 riders annually on First Hill. He says SDOT estimates that number will explode with the addition of a center city line, growing to about 7 million rides annually across the whole streetcar system. Because of that boost, the agency predicts 56 percent of its operating costs will come from fare box recovery. For comparison, the South Lake Union line has about 32 percent fare box recovery. First Hill has just 20 percent.

It is in part because of those rosy projections that Council Member Lisa Herbold, one of the most outspoken critics of the project, sounded the alarm.

“Operation costs, even under the most optimistic projections of really high fare recovery, still have an operating gap of $3 million per year,” Herbold said at last Monday’s budget hearing. “The streetcar, from my perspective, has limited utility as a transportation infrastructure tool for people. It may have value as an economic development tool.”

Transportation Choices Coalition Executive Director Shefali Ranganathan argues the center city line would be the best transit project of the three. “It’s a good project. It’s going to have its own right-of-way with frequent service. And it’s in a corridor that doesn’t have good transit right now. There’s no real bus service on First Ave. right now.”

Herbold’s council colleagues Kshama Sawant and Kirsten Harris-Talley echoed her skepticism, positing that the project didn’t meet the standards of the city’s Race and Social Justice Initiative and as such, the city’s $50 million contribution should be directed elsewhere.

“Is this the region of the city that needs the most urgent investment in transit?” asked Sawant. “Shouldn’t we be expanding transit routes and frequency in other parts of the city [that are currently underserved by transit]?”

Council Member Rob Johnson, the project’s strongest supporter on council, argued that the center city streetcar has merit as a transit project and that backing away from it after accepting federal funds could have consequences for future federal grants. The FTA awarded the project $75 million. The city will get $50 million for the project as part of the 2017 federal budget. The remaining $25 million hinges on future federal appropriations.

If the council decides not to build the center city streetcar, it will have to return that $50 million.

“That has a rippling effect on other major capital projects we have applied for at the federal level. And draws some undue attention that may have downstream impacts on our ability to capture federal resources for future infrastructure projects,” Johnson said.

The city has applied for and is counting on federal funds for a new bus rapid transit project on Madison Street. Sound Transit is also relying heavily on federal support for its massive third phase of light-rail expansion in the region.

Johnson also called out the scrutiny that seems to be reserved for transit projects that other capital investments don’t get. “If we’re going to take a hard look and hit pause on a transit project because of questions about ridership about future federal funding, let’s do the same thing with freight projects and roads projects,” he said. “My frustration is people have an unfair microscope for transit projects which tend to have a much greater societal benefit than we may see with other major capital projects on the roads side.”

No council member has yet taken action to stop the project by requesting the removal of the funds from SDOT’s budget. But there is time to do so still. The budget process will last through mid-November. Newell Aldrich​, Herbold’s aide, says the council member is “considering potential options.”