Public Dollars and Private Investors in Chicago – Next City 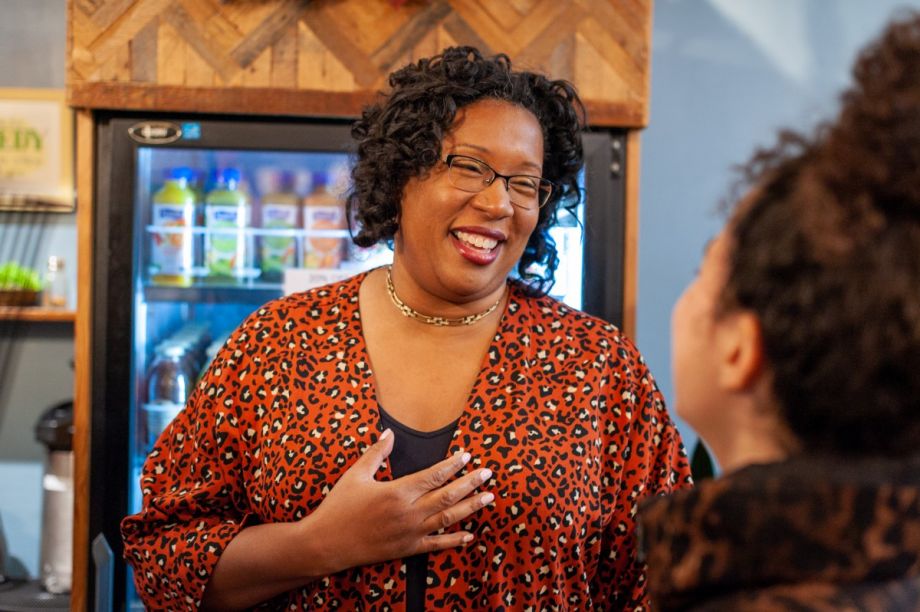 A city treasurer’s job is very boring, except when it’s not.

It’s mostly about managing cash flow. Property taxes may come in only once or twice a year; sales taxes may come in monthly or quarterly. Payroll goes out at least twice a month; payments for construction and other work go out to contractors as projects hit key milestones. A bond issuance can mean a billion dollars or more in cash can come into the city’s coffers, slated to be spent over the course of several years as work gets completed on a big infrastructure project.

In between coming in and going out, those dollars could be sitting in city bank accounts, earning a relatively modest rate of interest. But many cities choose to invest revenue as it comes in, and they make payments later by selling off those investments or from previous investments reaching maturity.

For a city like Chicago, effectively managing its cash flow this way can bring in anywhere from a few million to a few hundred million dollars a year in investment income. Those can be precious dollars for a city frequently short on cash and currently facing a billion-dollar budget deficit due to the COVID-19 recession. In 2019, the City of Chicago earned $224 million in investment income — nearly three percent of revenues the city took in last year.

This year, for the second year in a row, Conyears-Ervin and her staff are using a scorecard to evaluate firms for the diversity of their leadership and employees, as well as for activities reflecting their civic and social responsibility to the City of Chicago. The scorecard is in addition to the typical criteria based on financial track record and performance. This Friday is the deadline for firms to submit a response for this year’s selection process.

Last year, the scorecard’s results cut many of the firms the city had been working with, while bringing on some new ones. Overall, they went from 57 firms to 33 firms on the city’s qualified firm list.

“When I had my transition briefing from the previous administration, it was eye-opening in that I saw just how much potential there was within this office to change lives,” says Conyears-Ervin. “Anybody who lives in this world knows money talks, and so I knew that this investment portfolio is a conversation piece.”

Chicago isn’t alone in looking for ways to spice up its cash flow management practices with at least a little bit of conscience — without sacrificing any financial return.

The Boston Treasury Department tweaked its investment policy last year to dedicate at least $150 million of its investment portfolio to so-called “ESG” investment, which it defined as accounting for “environmental, social, and governance factors into investment decisions alongside more traditional financial criteria.”

In St. Louis last year, City Treasurer Tishaura Jones started asking banks to provide a plan to respond directly to the demands of local Black Lives Matter organizers if they wanted to qualify to hold city deposits. Jones is now running for mayor.

In San Francisco and Philadelphia, city treasurer offices are working with local legislators and community organizers to explore the possibility of creating municipally owned banks that would hold city revenues and leverage them to invest more locally in small businesses, affordable housing or first-time homeownership.

In Chicago, some of the relevant changes to the city’s cash flow management along those lines go back to Conyears-Ervin’s predecessor, Kurt Summers.

Appointed by then-Mayor Rahm Emmanuel in 2014, in 2018 Summers successfully instituted an “ESG” investment framework for the entire investment portfolio under the city treasurer’s purview. Summers also made Chicago the first city in the world to sign onto the United Nations’ Principles for Responsible Investment, a voluntary commitment to ESG investing with around 2,000 signatories around the world, mostly investors or investment management firms.

Summers also worked with city council in 2016 to create the Chicago Community Catalyst Fund, a vehicle to pool city treasurer-managed investment dollars with other investor dollars to increase access to capital for disinvested neighborhoods in Chicago. Conyears-Ervin has been using this vehicle to put some of the investment dollars her office manages into emergency small business loans during COVID-19.

Elected in 2019, Conyears-Ervin is the first African American woman to become Chicago city treasurer by way of election and the first person to come into the office by election since 1989, after a string of mayoral appointees. She’s taking that electoral victory as a mandate to continue expanding the reach of public values into the city’s financial practices. In addition to managing the city’s $9 billion investment portfolio, Conyears-Ervin is also the only person to hold ex-officio seats on all four of the city’s public employee pension funds, which collectively hold another $7 billion.

“If it doesn’t come from me, where will it come from?” says Conyears-Ervin, who was born on the South Side of Chicago and is currently a resident of the West Side. “I’m elected by the people and I have to be their voice.”

With the pension funds, things are a bit more complicated, as Conyears-Ervin is just one of many voices on each pension fund’s board. But with the city investment dollars, while the city treasurer has a fiduciary responsibility to the city, there is leeway within that constraint to exercise some discretion with regard to the firms the city works with to invest its money.

The city had asked for information on diversity and community engagement on previous requests for information from firms, but not for very much — just four questions, including whether a firm was minority- or woman-owned, or an open-ended statement about its community involvement.

The new, more extensive diversity and civic engagement scorecard, which the city treasurer’s office declined to share, counts for 25 percent of the final score for firms competing to manage the city’s money. Last year, the results from the scorecard resulted in about two dozen firms missing the cut that were on the list for the prior year.

For those that didn’t pass muster, Conyears-Ervin asked her staff to give them feedback on how to do better next time. Craig Slack made those calls as chief investment officer for the Office of the City Treasurer. Many of those calls were to his former peers, since he came from the investment world himself. Some of them weren’t so happy about losing a big client like the City of Chicago.

“I got on the phone with everyone we did not select, with their management, sales teams, and explained to them why they weren’t selected,” says Slack. “What I wanted to do is make sure they’d come back to apply next year. One veteran firm the treasurer’s office had done business with for many years was all white males in the whole firm. Those are the hard conversations to have.”

Some in Chicago would like to go even further. Conyears-Ervin’s main rival in her 2019 race was Ameya Pawar, at the time a Chicago Alderman, who ran on a platform that included establishing a municipally owned bank like those now being considered in Philadelphia, San Francisco, and other cities and states across the country. Pawar and other public banking supporters want the private sector entirely out of the business of managing public dollars. They want the city’s public dollars to support primarily local small businesses, affordable housing and first-time homeownership. Currently, the city treasurer’s $9 billion portfolio is invested mostly in corporate bonds and mortgage-backed securities.

Conyears-Ervin isn’t advocating for a public bank, but neither is she entirely opposed to the idea.

“If you look at the root cause, people are talking about a public bank because they feel their money is not working for them,” says Conyears-Ervin. “They feel they are putting money into private institutions and not getting access to capital.”