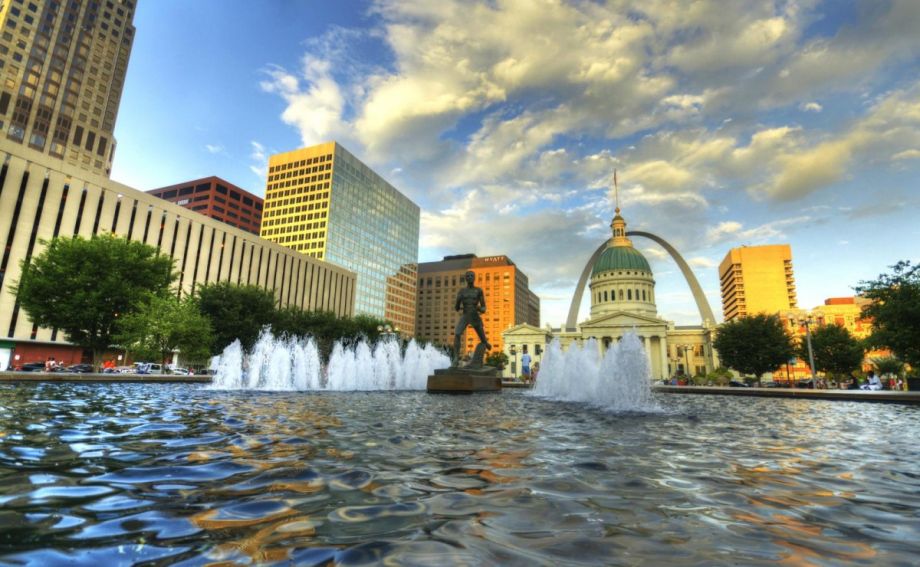 When St. Louis City Treasurer Tishaura Jones was in high school, her father, Virvus Jones, was city comptroller. It was the 1980s, and he was among the wave of black leadership following the lead of then-Atlanta Mayor Maynard Jackson to level the playing field for black-owned businesses — a fight those leaders considered part of the next phase of the civil rights movement.

For his part in that fight, Virvus Jones moved St. Louis’s cash reserves to a black-owned investment bank. The backlash was swift. Tishaura Jones still remembers what it was like.

“I’ll be totally honest with you, when he was making those changes, they were not very well received,” she says today. “So I avoided politics much of my adult life.”

Jones eventually came home and got sucked back into politics. After being elected city treasurer in 2012, she started building on the work of using the city’s power of the purse to push for racial equity.

It just so happens that in St. Louis, city law requires banks to apply every year for authorization to provide bank accounts to the city government. For this year’s application process, Jones added a requirement for banks to outline how they are involved in responding to the Ferguson Commission Report. Forged out of the uprisings following the 2014 police killing of Michael Brown, the report contains 189 calls to action around racial equity in the St. Louis region, including calls for to strengthen the Community Reinvestment Act, or to invest in community development financial institutions.

“I didn’t feel like other leaders were taking the Ferguson Commission report seriously,” Jones says. “I frankly thought it was sitting on a desk and collecting dust. I care a lot about that report and its contents for several reasons, number one being I’m a single mother of a young black son. Number two, I had an opportunity to get to really know Michael Brown’s mother over this past year.”

Thirteen banks and one credit union were authorized to provide bank accounts to the city last year. With the new requirement for city depositories to explain how they were responding to the Ferguson Commission Report, only nine of those banks and the credit union, plus one new bank, applied for authorization this year to hold city deposits — which can be as much as $400 million at times, Jones says.

“The city treasurer’s office is a big ally to have,” says Elisabeth Risch, assistant director at the Metropolitan St. Louis Equal Housing and Opportunity Council.

As part of her job, Risch coordinates the St. Louis Equal Housing and Community Reinvestment Alliance, or SLEHCRA, a coalition of around 30 grassroots groups, nonprofits and social services agencies around the St. Louis area. The coalition began working with Jones shortly after she first came into office in 2013.

“We’ve been doing this work of bank accountability — asking questions, looking at the data, writing comment letters to federal regulators, engaging in this process of [showing] how banks can better serve communities,” Risch says. “One of those conversations has been with the treasurer’s office about what … role they can play in this.”

Both Risch and Jones herself were surprised in 2013 to discover St. Louis City Ordinance #64457, which empowers the city treasurer to request information from banks as part of the process for reevaluating city depositories. In order to encourage city depositories to help revitalize the city, section five of the ordinance requires banks applying to be city depositories to provide a report “in such detail and specificity as deemed appropriate by the Treasurer.”

“It’s one of those laws that’s just sitting there and nobody’s paying attention to it,” Jones says.

Working with SLEHCRA after coming into office, Jones revamped what had been a barebones application, adding annual requests for information that are largely in line with what banks typically submit to federal regulators for Community Reinvestment Act compliance. Questions cover home mortgage lending, small business lending, and community development. Where the CRA examination process only occurs every three to five years, the St. Louis process is annual. The city also now requests workplace diversity data from banks, including the number and proportion of minorities, women, and city residents employed for each bank.

In addition to the new request for a direct response to the Ferguson Commission Report, this year the treasurer also added requests for information on small consumer loans, including those that serve as an alternative to payday loans; second-chance checking accounts or other programs for the unbanked or underbanked; and marketing plans to reach low- and moderate-income neighborhoods and consumers, minorities, small businesses (including minority- and women-owned businesses) and older adults.

“I think the application adding that question about the Ferguson Commission Report is really great and needs to happen,” Risch says. “And it complements some of the important work the treasurer was already supporting, like Financial Empowerment Centers.”

In October 2018, the treasurer put out a request for proposals to handle the city’s payroll account and parking division account, which asked banks to list their involvement in Ferguson Commission Report calls to action. Seven banks responded, and the treasurer ultimately selected Regions Bank for the payroll account and Busey Bank for the parking division account.

It was a no-brainer that the same request would go into the next city depository application. The letter went out in March 2019, giving banks until April 20 to respond and submit their application materials. Jones intends to approve the final list of authorized city depositories no later than June 6. From there, any city deposits at a bank no longer authorized to serve as a city depository must be moved.

The impact of the Ferguson Commission Report question may be nominal so far; the banks that declined to re-apply this year don’t actually hold any deposits from the city. “The decision on who exactly to bank with is still left up to each department, they just have to stay within the confines of the list I give them,” Jones says.

The treasurer’s office declined to comment on application submissions while they are being evaluated.

Bold action at the local level risks pre-emption by state government, often along clear partisan lines. In Missouri, where Democrats dominate in St. Louis but Republicans are the majority in the state legislature, the state not too long ago pre-empted a higher local minimum wage law.

The banking industry can also take matters into its own hands through the court system. In New York City, a judge once struck down a law meant to help that city government choose banking providers based on responsible lending and community reinvestment activity.

With all that in mind, Jones took a more cautious approach.

“I thought about putting it into the ordinance, but first I just said, ‘well let me just ask and see if they respond,’” Jones says. “In the past, we have not denied a financial institution the opportunity to do business with the city, as long as they turn in the information requested on the application. If they don’t turn in an application, then obviously we can’t continue to do business with them.”