Philly Unveils a Plan to Deal with the Eviction Crisis 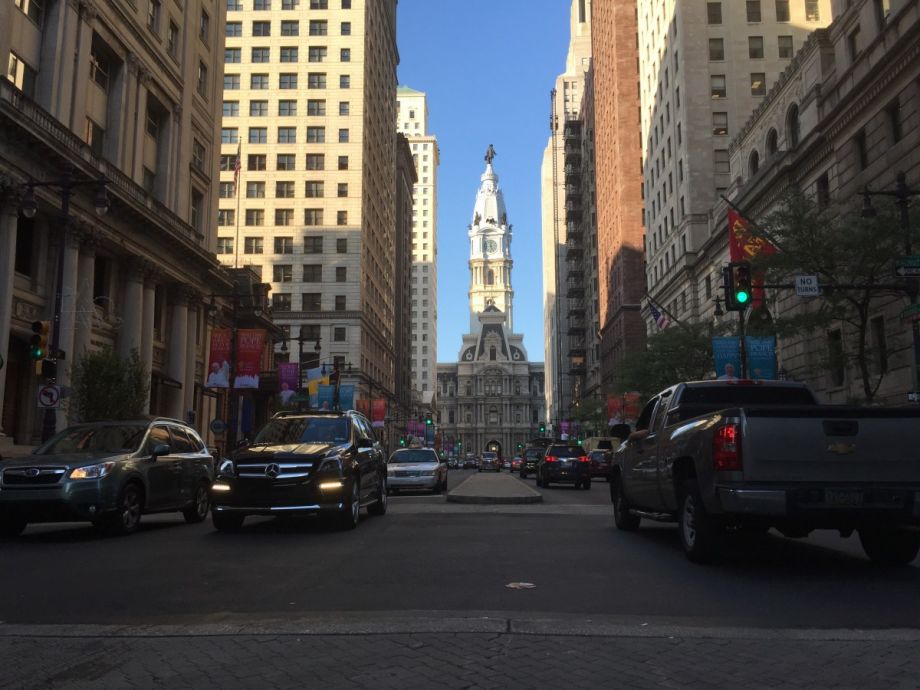 Philadelphia City Hall established a task force to draft a plan to deal with the eviction crisis. (Photo by Oscar Perry Abello)

With the publication of “Evicted: Poverty and Profit in the American City,” Princeton sociologist Matthew Desmond virtually reframed the issue of evictions overnight, from one of the symptoms of urban poverty to one of its causes. In the two years since its publication, Desmond has started a nationwide Eviction Lab, and cities around the U.S. have begun experimenting with a range of solutions for making eviction less common — and less destructive.

Last year in Philadelphia, after hearing from tenants who struggled with unresponsive landlords, substandard housing, and keeping up with rent, the city council secured $500,000 for eviction prevention measures and additional legal aid for tenants. In September, Mayor Jim Kenney appointed a “Task Force on Eviction Prevention and Response,” filled with planning officials, researchers, lawyers, landlords, and tenant advocates, to study the issue. The group released a draft report, outlining 17 recommendations, this month.

“I think one of the reasons Matt Desmond has gotten so much attention is that he found the artery,” says Liz Hersh, director of the Office of Homeless Services and co-chair of the mayor’s task force. “He hit the mother lode with this. It turns out the real barometer with the affordability crisis is eviction.”

In Philadelphia, the number of evictions filed in municipal court has been on the rise since the 1970s, according to the task force’s report. Landlords filed for eviction 24,000 times in 2017, meaning one in every 14 renters in the city faced eviction at some point during the year. As the task force wrote in the introduction to its report, eviction “breaks up communities, hurts prospects for future employment and housing, and increases the need for homeless services.” It also disproportionately harms women of color who have children.

One aspect of the eviction crisis that’s gotten some attention over the last few years is the widespread imbalance of legal representation in eviction proceedings. Tenant organizers last year in New York City won a long-fought victory making the city the first to provide funding to guarantee an attorney for every tenant in housing court who can’t afford one. D.C. and Baltimore are considering doing the same.

In Philadelphia, according to the eviction task force report, tenants and landlords were both represented by attorneys in court in just seven percent of cases in 2016. In 74 percent of cases, landlords had lawyers while tenants did not. And that’s just the filed court cases; the task force estimates that illegal, out-of-court evictions are twice as common as legal ones.

Correcting that imbalance was one of the primary motivations behind the council’s allocation of funds for eviction measures last year.

“The real issue we have is about affordability,” says Council Member Helen Gym, who led the effort last year and had a seat on the mayor’s task force. “There is simply no match between what the market determines to be affordable and what too many of our residents are living with in terms of their earnings. So we are going to have figure something out bigger than the solutions that we currently have.”

The recommendations of the task force are split into four areas: outreach and education, resources and supports, housing standards and enforcement, and legal processes and policies. They include establishing a single portal for tenants to access eviction prevention services, creating a homelessness prevention program similar to Homebase in New York, stepping up enforcement of rental-license requirements and other code regulations, increasing legal aid for tenants, and working to expunge eviction filings and judgments after the fact.

The task force also recommends that city council pass “just cause” legislation, requiring landlords to provide a good reason for evicting tenants — it was the only recommendation that was not unanimous. A bill implementing that requirement was introduced last fall and approved in committee in February, but has yet to come up for a vote by the full council.

“I think there’s kind of an invisibility factor,” says Hersh, who was also director of an organization called Tenants’ Action Group in the 1990s. “When you hear on the news about the housing market, they’re not talking about the renter market. Renters really are viewed kind of as second-class citizens.”

Hersh says that, partly thanks to the work of the task force, the whole spectrum of stakeholders in the city, from tenants to landlords and enforcement agencies, have adopted “a very healthy respect for the magnitude and the complexity of the problem.” The task force has been collecting public comment on the report, with plans for an additional public meeting next week. It plans to deliver its final recommendations to the mayor in June.

Gym says that the city’s $500,000 investment and the work of the task force are steps in the right direction. But eviction is just one piece of a larger complex of housing problems, and the city will have a hard time addressing them on its own.

“We are going to have to figure out how we are going to tap into a bigger pool of resources and establish a commitment to housing as human right,” Gym says. “[Eviction] creates chaos and disruption in people’s lives. It creates enormous chaos in children’s lives. And we really need to keep focused on the fact that this is bigger than just a contract between two people. This is really about the health of the city and our residents.”