Housing Court Just Got Easier for NYC Renters – Next City 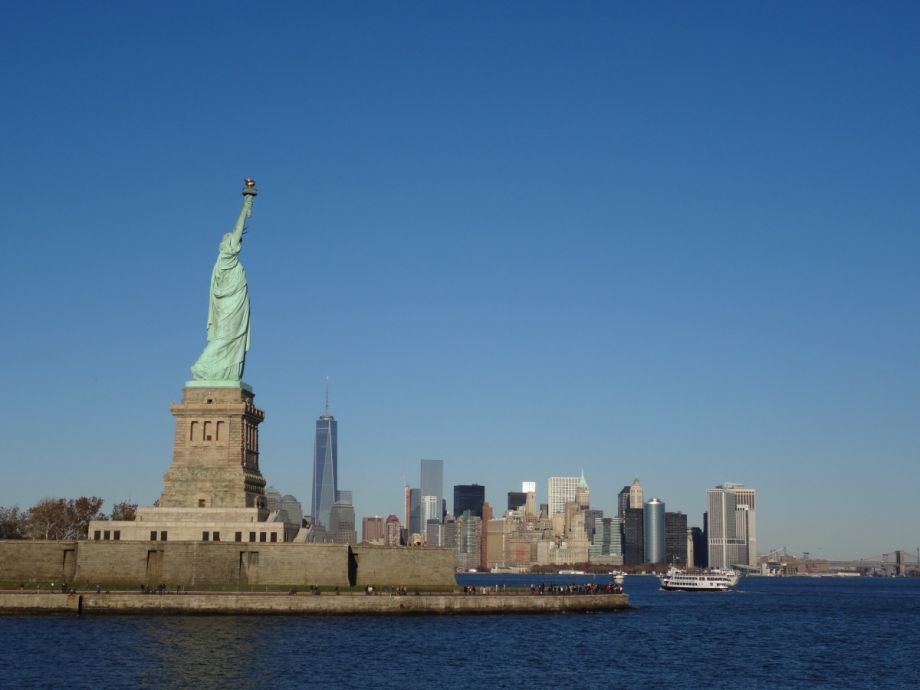 Directly behind the mayor at the announcement at a Manhattan high school, in their signature orange T-shirts and hooded sweatshirts, stood the leadership team for Community Action for Safe Apartments, or CASA, a volunteer group of residents primarily from the South Bronx who led nearly three years of organizing efforts to get support for the right to counsel from a veto-proof 42 out of 51 council members. They overcame years of resistance from the mayor and others who were concerned such a program would be too costly for the city.

“Thank God he’s tall,” Carmen Vega-Rivera, a member of the CASA leadership team, says, recalling the gathering. “No one could see that tears were rolling down my face. It was very emotional for me.”

She nearly didn’t make it through the freezing rain on Sunday, given a 2007 accident that put her out of work and on disability, and having to use a walker to get around. But it was hardly the first time she persevered through hardship for the sake of tenants’ rights.

The former museum curator and arts educator has lived in the same rent-stabilized building in the South Bronx since 1981, at 888 Grand Concourse, an art deco building designed by famed architect Emery Roth. But she’s been in and out of housing court since 2008, after she began speaking up to her landlord and to city agencies about the chronic lack of hot water, heat and a functioning elevator in the building. In retaliation, she says, her landlord started harassing her with frivolous eviction notices for lack of rent payment, despite her sending rent checks that simply weren’t cashed, and eventually establishing proper escrow accounts for legal rent strikes.

“What keeps me going is what I believe is right. What keeps me going is that I want justice. What keeps me going is the voice of Mrs. Williams, an African-American nurse, who I adore, who passed the same year my father passed in 2012,” she says. “I was fighting for her and others, the elderly that lived here, many of them now gone and deceased or their children have moved them to Florida. I remember her telling me over the phone, ‘keep this up, you’re still young, please fight for us, I know you’ll win.’ That’s the voice that I hear, along with my father who always taught me about defending my rights, defending who I am. I’m my father’s daughter, when it comes to social justice.”

When Vega-Rivera first went to housing court in 2008, she thought she could defend herself, given her years of successfully working in the arts and education worlds, talking and maintaining relationships with funders as well as artists in East Harlem and The Bronx. A judge recommended she do otherwise, and she soon found a lawyer, a friend’s husband, to help her out. Her ongoing frustrations with her landlord and the housing court system led Vega-Rivera to join CASA in 2011. By 2012 she was feeling burnt out, and nearly gave up, until lawyers from the Urban Justice Center’s Community Development Project came to her aid.

“If Urban Justice Center had not come to my defense starting in 2012, I don’t know where I would be,” she says. “I don’t know if I would be homeless. I was one step away. They were coming at me with everything that they had.”

Her last victory in court was in 2014, but she and about a dozen other tenants are currently on rent strike today, in protest of the same building issues. The original problem owner died last year, and left the building to his son, who managed to overcome a foreclosure and regain ownership earlier this month. (“Finding out he got it back was like a punch in the stomach,” says Vega-Rivera.)

Vega-Rivera was one of the first members of CASA to specifically make the case for a right to counsel in housing court, and they’re pushing other reforms too. In 2013, only 1 percent of tenants in housing court had legal representation, according to a report from NYC’s newly established Office of Civil Justice. Since then, the city ramped up funding for legal aid to tenants in housing court, and brought that number up to 27 percent in 2016. The Urban Justice Center is one of a network of organizations that have gotten funding from the city for tenant legal support. It’s made a difference: Even though the number of eviction cases filed has remained relatively stable, residential evictions by city marshals declined 24 percent from 2013 to 2015.

In the meantime, a study commissioned by the NYC Bar Association estimated that universal access to representation in housing court would provide a net savings of $320 million to the city, with fewer people ending up in homeless shelters after eviction (a difference for 5,237 families and 1,140 individuals), and a reduction in healthcare and other costs to taxpayers, and by averting the replacement of 3,414 affordable housing units that would be eliminated as a result of eviction proceedings.

At one point during Sunday’s announcement, Vega-Rivera remembers, “[De Blasio] turned around and said to us ‘so you started this’ and I said well I start a whole lot of stuff, and it wasn’t just me — I had to represent a community.”

Randy Dillard joined CASA about four and half years ago, as he confronted a dubious eviction case. His landlord had filed for an eviction because of nonpayment of rent, even though the former brick mason and single parent of five children had been paying the portion of the rent for which he knew he was responsible. He found out that substandard building conditions had led HUD inspectors to stop Section 8 voucher payments to his landlord. The landlord took him to court for the back rent owed, even though some of the substandard conditions were the landlord’s responsibility. Two and a half years of fighting the case nearly derailed his daughter’s education, he says.

“Not knowing where we would wind up, her grades began to fall. Her self-esteem became really low,” says Dillard. He was able to access legal support through Part of the Solution, a nonprofit. “After we won the case, her grades picked up, she graduated, and she’s in her second semester in college now,” he says.

Dillard is now on the CASA leadership team with Vega-Rivera. The group spent the past three years meeting with council members around the city, tenants associations, community groups, over 100 clergy and other allies, enlisting their support by showing data borough by borough combined with telling their personal stories of the impact of legal representation in housing court. They also held an event with author Matthew Desmond, whose book “Evicted” shed light on the historically unprecedented level of evictions going on across the U.S.

“Find out what’s going on in your housing court,” Dillard says to tenants in other cities. “Most likely, it’s like it is here in New York.”

Back in NYC, universal access to legal representation in eviction cases is also germane to de Blasio’s signature promise for the city to build or preserve 200,000 units of affordable housing over 10 years. About 80,000 of those units will be newly built, many of them using the city’s new mandatory inclusionary housing regulations, which offer greater height and density to building developers in exchange for them setting aside some units as permanently income-designated at varying levels of affordability.

The city has been on a neighborhood-by-neighborhood tour of rezoning for greater height and density, designed to trigger the construction of new affordable units, alongside new market-rate units. But, as Council Member Mark Levine explained in a previous Next City story on legal aid for tenants, real estate investors move quickly in response to the promise of building new units in neighborhoods targeted for rezoning. Investors and landlords have developed a well-established pattern of harassing tenants using the tactics experienced by Vega-Rivera, Dillard and many others, until entire buildings are vacant and made available for new development.

In the South Bronx, the city is in the process of rezoning the neighborhood around Vega-Rivera and other CASA members, and landlords have already been harassing tenants in anticipation of being able to clear them out for new development, she says. Many of those tactics have been predicated on the fact that tenants rarely have legal representation in housing court. Vega-Rivera, Dillard and CASA are certain that the right to counsel will help put a stop to those tactics. The neighborhood’s council member, Vanessa Gibson, joined Levine as a prime sponsor of the right to counsel bill.

Universal access to legal representation in housing court is a dramatic shift toward protecting tenants from displacement that has often preceded new development over the past decade or more in NYC.

“It changes the game completely,” Vega-Rivera says. “What this will tell the landlords is think twice about your tactics, about harassing tenants, because now they’ll have an attorney and they are not fighting this alone.”