What New Yorkers Are Saying About Their Brand-New Subway Station 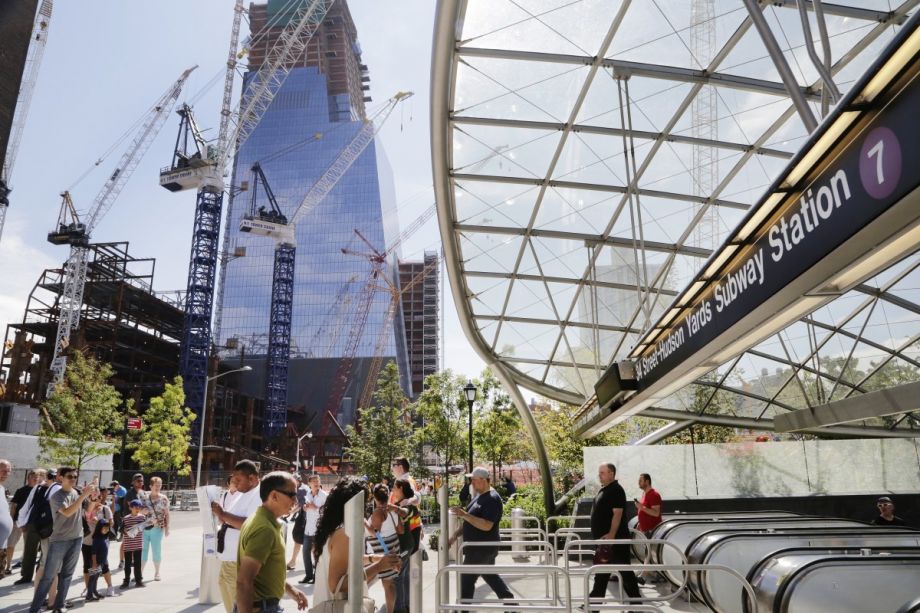 For the first time since 1989, the New York City subway system welcomed a new stop with the 7 train’s West Side Hudson Yards station on 34th Street. Not only does the opening mark the first new station in over a quarter of a century, it’s also the first paid for by the city in over 60 years, according to the New York Times.

Former Mayor Michael Bloomberg’s determination to make a 7 train extension happen caused him to skip the waiting phase in funding from MTA and instead use tax increment financing, issuing bonds for the construction to be repaid by future tax revenue from developers who would see a rise in property value in the area after project completion.

Funding, apparently, isn’t so wonky of an issue that the matter didn’t overshadow the expansion’s grand opening.

This is the weirdest opening ceremony. It's a political battle over MTA funding rather than a celebration of the new stop. #7LineExtension

Brief handshake between @BilldeBlasio and #MTA chairman. Who blamed #mayor on Friday for some funding woes #NBC4NY pic.twitter.com/GD3d9uj9NF

Everyone was super pissy at the opening of the new 7 train station today. http://t.co/2pfbAnv5Ls

Digs even came from outside New York.

Of course, some of the first passengers were just happy to celebrate one thing: that new-subway-station smell.

Anyone taking the NEW 7 Line extension from Times Square to Hudson Yards? @monicamoralestv says it's not just fancy, it smells good!

See below for a better look at the new station from MTA.