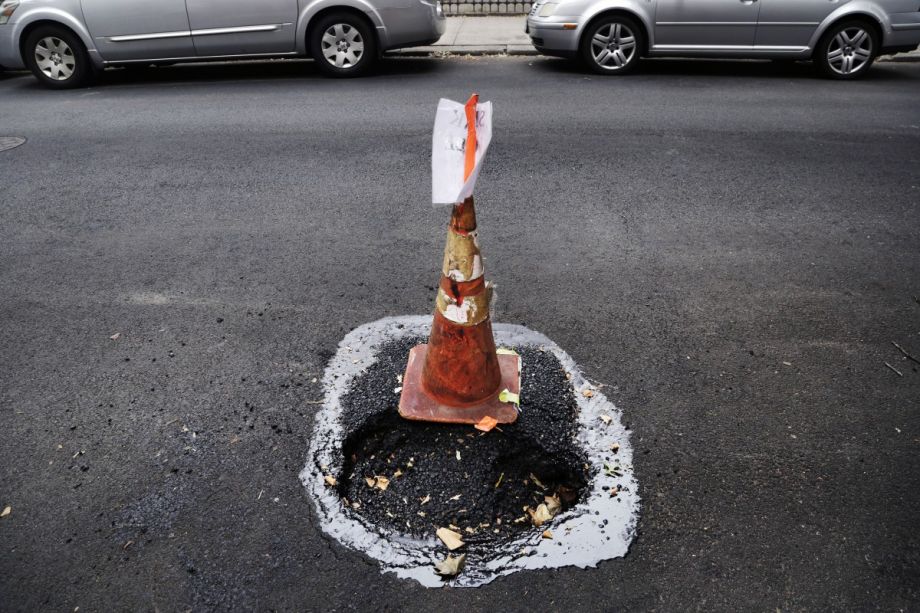 First, the potholes in Panama City started tweeting at city officials. Now there’s news of a big tab thanks to NYC’s asphalt issues.

Comptroller Scott M. Stringer announced last week that in the last six years, claims related to pothole injuries and damages have cost New York City taxpayers about $138 million. According to the New York Times, the analysis revealed that with 706 claims, the Belt Parkway had the highest number of involving vehicles. Broadway had the most pedestrian claims at 195.

The report was part of Stringer’s ClaimStat Alert, an initiative he created to reduce the amount of money the city pays in settlements. According to the Times:

The discrepancy exists in part because some highways, such as the Brooklyn-Queens Expressway, are partially controlled by the state, which through a quirk in state law prohibits drivers from making claims in the winter months, when potholes tend to be pervasive.

Stringer said that in 2015, it’s taking longer for the city to respond to pothole orders. In the first four months of fiscal year 2015, it’s been taking the city an average of seven days to complete a pothole order, as opposed to two and a half days a year ago.

“For anyone who’s driven in our city, this list should come as no surprise,” Stringer said at a news conference. “If you happen to drive on the Belt, please know that you are in our thoughts and prayers.”