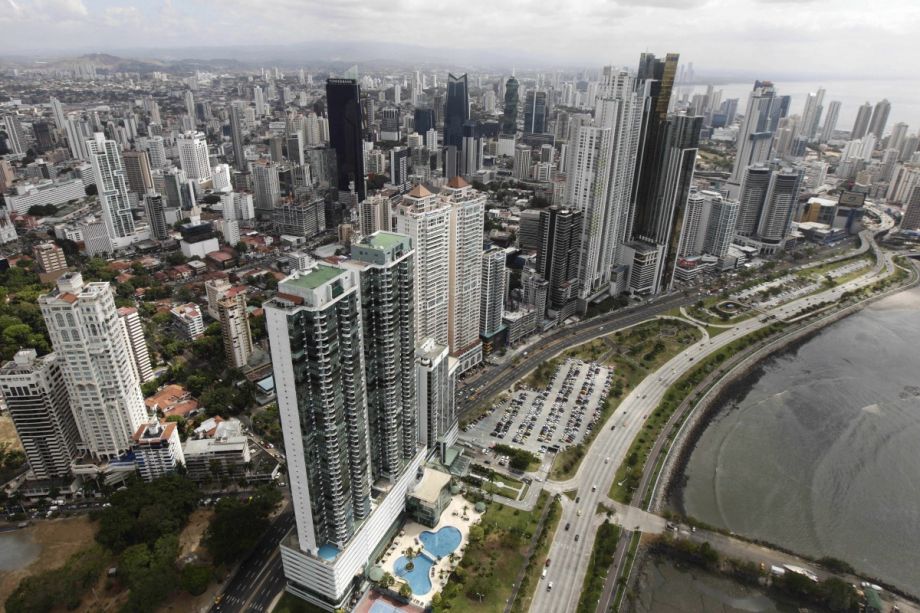 Nobody likes potholes, and it turns out potholes — anthropomorphized ones at least — hate themselves too.

While many U.S. cities have brought tech tools to the road maintenance battle in recent years (Boston, Detroit), a clever new campaign in Panama City is using social media to alleviate the pothole problem. The Tweeting Pothole’s Twitter feed is narrated entirely by potholes, begging the city to fix them.

Panama news show “Telemetro Reporta” (with creative help from an ad agency) installed motion-sensitive devices that automatically send a tweet to the account of the city’s public works department when hit with a car.

The account’s gotten a lot of attention, even from the Public Work’s Minister Ramon Arosemena, who went on the news program to discuss the issue of Panama’s potholes.

The feed inspired a series of related tweets from pothole endurers, as well as some cleanup of the pocked streets. Quartz reports that the “Tweeting Pothole is also mapping the most damaged streets of the city on a website. Users have reported on Twitter that workers from public works are finding their way to some of the tweeting potholes for quick repairs.” 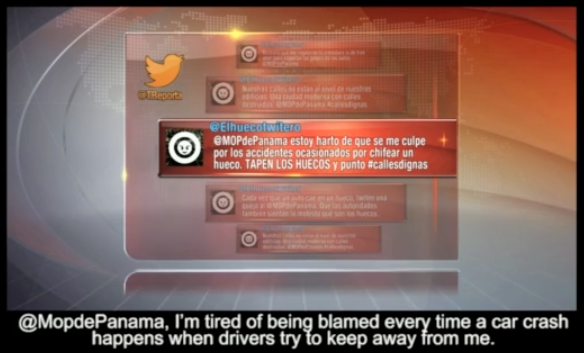 The narrator of the promotional video for the Tweeting Pothole (below) says, “It would seem that in a rush to build a modern city, Panama forgot to take care of its existing streets, creating the contradiction of modern buildings and damaged streets.”

The Tweeting Pothole from P4 Ogilvy on Vimeo.