New York’s “Poor Doors”: A Next City Explainer – Next City 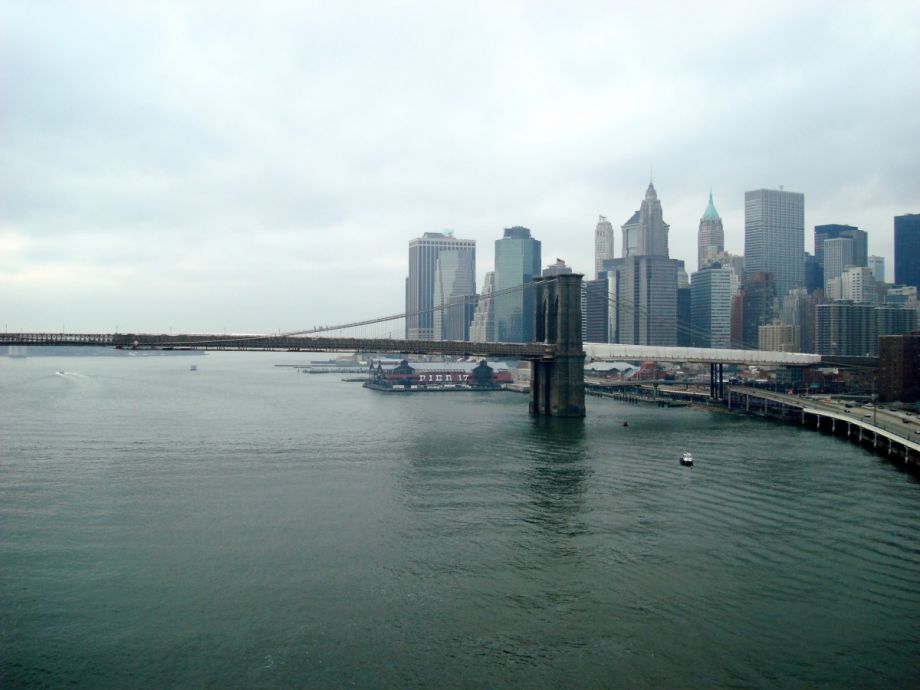 The “poor door” is another symptom of rising inequality and the tough policy questions raised by efforts to build more housing for all populations in an already dense city. (AP Photo)

Why do I keep seeing headlines about a “poor door”?
The term is quite literal. It refers to a second entrance in a luxury condo building for tenants living in units reserved for lower-income renters. It has become shorthand for segregation of people based on how much rent they can pay.

“Poor door” first began appearing in outraged headlines last August when a developer, Extell, on Manhattan’s Upper West Side asked the city to approve a plan for a 33-story luxury condo with a separate entry for the tenants residing in the publicly subsidized rent-stabilized units, which will be segregated from the rest of the building into a section facing the street while the luxury units will face the Hudson River. On Sunday, the New York Post reported that the 40 Riverside Boulevard development, also known as One Riverside Park, poor doors and all, was approved by the city’s Department of Housing, Preservation and Development. A spokesman for Mayor Bill de Blasio says the administration’s hands were tied because the project had been “given the green light” by de Blasio’s predecessor, Michael Bloomberg, and construction was already well underway by the time the new mayor took office.

Though 40 Riverside, a.k.a. One Riverside Park, seems to be the fire to light the creative genius behind the term “poor door,” the development is not the first or only government-underwritten mixed-income building to have this feature. Others include The Edge and North Side Piers in Willliamsburg, also approved during the Bloomberg administration. Despite the apparent trend, “poor doors” don’t appear to be common, particularly since so much of the city’s housing stock is concentrated in older buildings where it’s not easy to have a second entrance, even if the developer wanted such a thing.

But isn’t this a free country where real estate developers have every right to give people who can pay upwards of $2 million for 1,464 square feet of living space the option to never encounter the other half?
Well … yes. But what raises the hackles of critics is the fact that the developers building separate entrances for two classes of residents are receiving subsidies for the affordable units through an inclusionary housing program intended to create mixed-income communities. These developers are receiving lucrative tax abatements in exchange for the creation of affordable units and sometimes, like at One Riverside Park, also receiving a valuable floor area bonus in exchange for units. In the case of One Riverside, Extell is selling that floor area bonus for a profit to a developer looking to build nearby.

“These developers are getting these very valuable tax credits for inclusionary housing when in fact people are being segregated by income,” said Upper West Side Assemblymember Linda Rosenthal. “Imagine living in an apartment building and not being able to enter your building at the same door as your neighbors who happen to be wealthier. Is this what we as a city want to subsidize?”

Isn’t it just a door? I mean, is going in a different entrance really that big of a deal?
Again, yes — sort of like drinking from separate water fountains was a big deal and sitting in different seats on the bus was also a pretty damn big deal. Plus, the two-class entrances is part of a larger trend of segregating buildings by rent levels; in a growing number of mixed-income buildings, owners are barring rent-stabilized tenants from using amenities open to their more affluent neighbors.

In one Upper West Side building called Stonehenge Village, tenants weren’t allowed to pay extra to use the gym on the lobby level even after local pols intervened on behalf of tenants and public advocate Letitia James filed a discrimination complaint.

“These rent-stabilized tenants offered to pay for gym memberships, and they were refused,” said West Harlem City Councilman Mark Levine. “It’s about exclusivity. It just so happens that the rent-regulated tenants being blocked from the gym happen to be older and more often people of color than the market-rate tenants, which is the same as the tenants who would be affected by the ‘poor door.’”

But what do the developers say?
The rules about the gym at Stonehenge Village still haven’t changed, despite loud protest, and Extell defended One Riverside’s separate-but-unequal arrangement as “required” by zoning law. (The developer considers the affordable units to be legally separate from the rest of the building and so in need of a separate entrance despite the fact the tax abatement the project received is designed specifically to create mixed-income housing.)

Other developers are more frank about their logic.

“No one ever said that the goal was full integration of these populations,” David Von Spreckelsen, senior vice president at Toll Brothers, the developer of Northside Piers, told Real Deal last year. “So now you have politicians talking about that, saying how horrible those back doors are. I think it’s unfair to expect very high-income homeowners who paid a fortune to live in their building to have to be in the same boat as low-income renters, who are very fortunate to live in a new building in a great neighborhood.”

Ok. So should we be practicing how to tell the kiddies that no, they can’t go into the front door like little Ashton because mommy pays less rent than Ashton’s mommy?
No. It seems like the political momentum is building and several policy solutions on a city and state level are in the works to make it much harder for developers to pull these Downton Abbey moves. The spokesman for de Blasio says the mayor “fundamentally disagrees” with Extell’s approach and is “in the process” of reforming New York City zoning codes to ensure that “future affordable housing projects treat all families equitably.”

Is the poor door an inevitable byproduct of denser, increasingly economically stratified cities?
Yes — but it’s also the byproduct of discrete policy decisions. Mixed-income housing doesn’t have to be done this way, and if you believe de Blasio, it won’t be, at least not in New York.