Manhattan Building Will Have Separate Entrance for Poor People – Next City

Manhattan Building Will Have Separate Entrance for Poor People 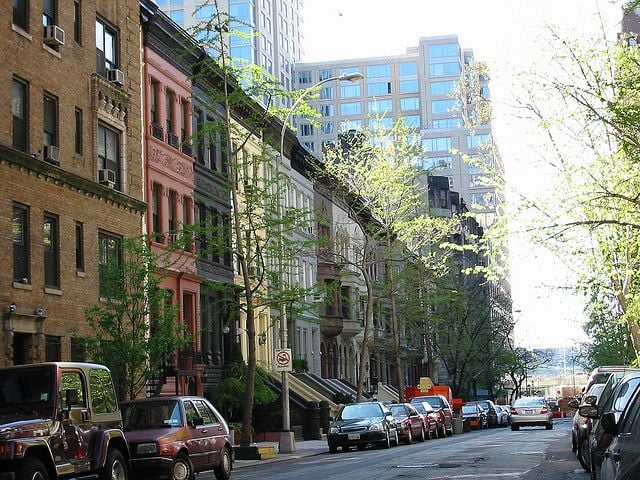 Are you a developer looking to get major tax breaks for a new luxury building on Manhattan’s Upper West Side? All you have to do is create 55 affordable housing units and give them a segregated entrance!

Extell Development Company, as former Next City intern Raillan Brooks details at the Village Voice, is using a “workaround enabled by the city’s Inclusionary Housing law to help Extel (sic) collect on some major tax breaks and building allowances.” Floors two through six of the building will be available only to residents earning less than 60 percent of the Area Median Income, putting them under the “affordable” umbrella.

Now, get this: Those five floors are part of the exact same building as the luxury condos, but because of the separate entrance they could be legally designated as a separate entity. So, technically, Extell would have an entire building consisting of affordable housing. On paper, this makes the project eligible for subsidies ostensibly meant to protect lower-income tenants, not move them out of sight.

Locals caught wind of the loophole last week and, suffice it to say, they’re none too pleased. “This ‘separate but equal’ arrangement is abominable and has no place in the 21st century, let alone on the Upper West Side,” Assemblymember Linda B. Rosenthal told the neighborhood blog West Side Rag. “A mandatory affordable housing plan is not license to segregate lower-income tenants from those who are well-off.”

West Side Rag also has a copy of the letter that Community Board 7, which represents the area around the embarrassing development, wrote to the Department of Planning and the Department of Housing Preservation and Development. The board is rightfully disgusted and asks officials to “appropriate safeguards to avoid a situation in which the Affordable Housing tenants are relegated to the status of second class citizens.”

I’ve written here countless times about the need for more affordable housing — and not just for low-income workers, but also for middle-class families who are continually priced out of neighborhoods. Extell marched in, filed the paperwork and presumably trumpeted its 55 new affordable units in a pricey part of town. The company tried ostracizing New Yorkers and gaming the system. If someone hadn’t caught these guys in the act, they’d probably do it again.