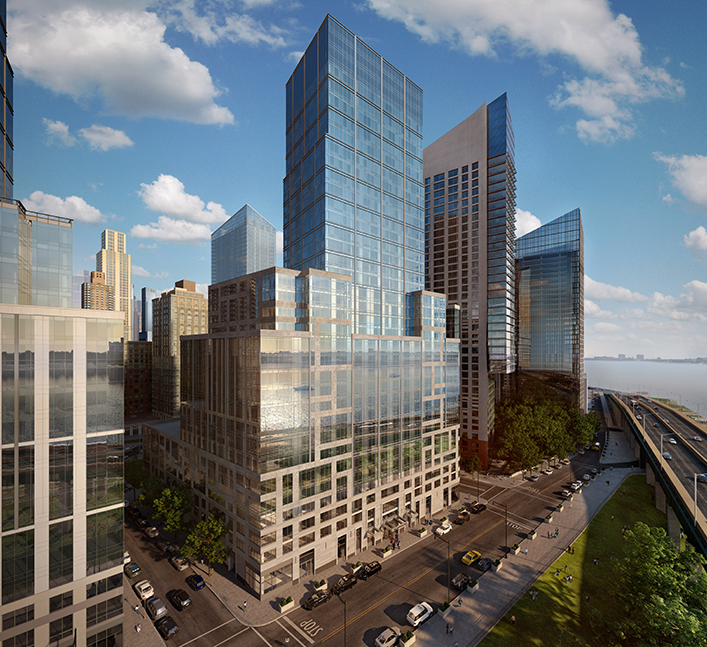 In another sign that Mayor Bill de Blasio does business differently than his predecessor Michael Bloomberg, the Brooklyn progressive has said he will change the zoning code to make it illegal to use separate entrances to segregate rent-regulated residents of a building from residents paying market rate. A spokesman for De Blasio blamed the introduction of the so-called “poor door” squarely on Bloomberg.

“The previous administration changed the law to enable this kind of development,” wrote City Hall spokesman Wiley Norvell in an emailed statement on behalf of his boss, now on a 10-day jaunt through Italy. “We fundamentally disagree with that approach, and we are in the process of changing it to reflect our values and priorities. We want to make sure future affordable housing projects treat all families equitably.”

The “poor door” gained infamy last summer when a developer on Manhattan’s Upper West Side asked the city to approve a plan for a 33-story luxury condo with a separate entry for the tenants residing in the 55 publicly subsidized rent-stabilized units, which will be segregated from the rest of the building into a section facing the street while the 219 luxury units will face the Hudson River. On Sunday, the New York Post reported that the 40 Riverside Boulevard development, poor doors and all, was approved by the city’s Department of Housing, Preservation and Development. Norvell said the de Blasio administration’s hands were tied on the project because the developer, Extell, had gotten all the necessary approvals before the new mayor took office in January.

“This specific project was given a green light by the previous administration and had multiple stories already built by the time we walked in the door,” Norvell wrote.

There is currently a bill pending in the City Council that would make a tenants’ status — whether rent-regulated or market-rate — legally protected from discrimination under the city’s civil rights laws.

If the bill is passed into law, tenants could sue or file a complaint with the city’s Commission on Human Rights against landlords who maintain amenities in a building available for only one class of renter, whether that is an entrance, a rooftop pool, playroom, gym or other amenity.

Its sponsor, West Harlem Councilman Mark Levine, was inspired by a building in his district where owners prohibited rent-stabilized tenants from using a new gym on the lobby level open to market-rate tenants.

“These rent-stabilized tenants offered to pay for gym memberships, and they were refused,” said Levine. “It’s about exclusivity. It just so happens that the rent-regulated tenants being blocked from the gym happen to be older and more often people of color than the market-rate tenants, which is the same as the tenants who would be affected by the ‘poor door.’”

He said the bill should come before the council on Thursday.

Another bill recently introduced by New York State Assemblymember Linda Rosenthal would fine landlords up to $25,000 for barring rent-regulated tenants from using building amenities. The Upper West Side state rep said she is also working on legislation to close loopholes in the 421-A tax abatement program used by developers such as Extell to receive receive lucrative tax breaks in exchange for building affordable units.

“These developers are getting these very valuable tax credits for inclusionary housing when in fact people are being segregated by income,” said Rosenthal. “Imagine living in an apartment building and not being able to enter your building at the same door as your neighbors who happen to be wealthier. Is this what we as a city want to subsidize?”