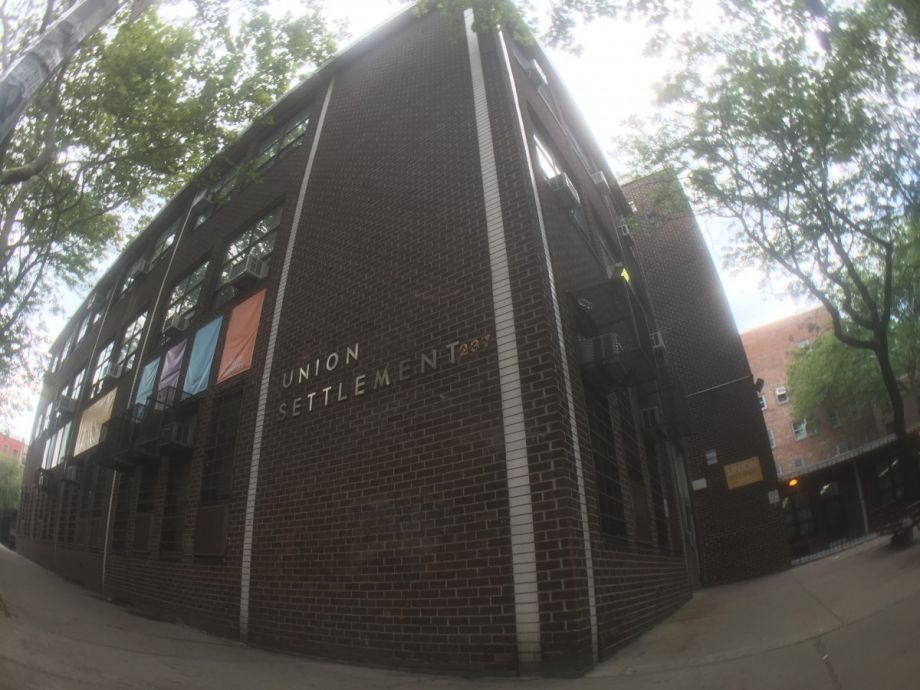 For 17 years and counting, Shelly Jones has been working at the credit union inside Union Settlement House on 104th Street in East Harlem. She’s been branch manager for the past seven.

“I know practically everybody that comes in here. I live two blocks away,” says Jones, who has seen a lot of change. The credit union membership was largely elderly folks when she first came to work here. Now, more and more youth are opening up accounts, partly thanks to parent-teacher associations promoting the idea of parents opening up accounts for their kids.

“It has grown too, and we’re more diverse,” Jones says. “Our fees and things here are much lower, more affordable than a regular bank and a lot of people come here for that.”

There are now about 4,500 members at the credit union. (Union Settlement House was founded in 1895 to provide a broad array of services to the diverse immigrant communities of East Harlem.) Around 20 new members sign up each month, Jones estimates, driven mostly by word-of-mouth. They’re also getting referrals from 311, NYC’s non-emergency line, she adds.

There’s more specialized staff that get shared too, like business loan officers and dedicated financial counselors. A marketing and outreach coordinator spends one day a week at the East Harlem branch, usually Fridays, to get a feel for what’s going on and what the needs might be in the neighborhood. Based on that and other listening opportunities, the marketing department runs promotions or campaigns in two- to three-month cycles. There’s a loan campaign going on right now, highlighting affordable individual loans up to $10,000 for any purpose. In a few months it could be savings accounts, or it could be business loans.

And yet, even Jones admits that current members and others in the community don’t always seem to realize all that the credit union has to offer.

“We do a lot of outreach and we have a lot of signage around, but some people just come here and cash their check and they don’t look around and know what else we offer here,” Jones says.

These connections between individuals and neighborhood financial institutions, or the lack thereof, are the focus of the newly launched Collaborative for Neighborhood Financial Health, an initiative of NYC’s Office of Financial Empowerment (OFE), a division of the city’s Department of Consumer Affairs. The initiative comes, in part, out of a recognition that there’s still so much about our financial lives that is really a mystery.

“The hope is to partner with these communities and to work together, in a really iterative process, with organizations and people who may not be heard from or be part of thinking about money and financial services,” says Debra-Ellen Glickstein, OFE’s executive director.

The collaborative is focusing on two neighborhoods, East Harlem and Bedford-Stuyvesant, chosen in part based on an earlier study (in partnership with the Urban Institute) of which NYC neighborhoods had the worst perceptions of financial health, and partly on the presence of strong local partner organizations that could facilitate the process of coming up with indicators and following through on supporting collaboratively designed campaigns around financial health.

In Bed-Stuy, the collaborative’s anchor partner is the nation’s first community development corporation, the Bedford Stuyvesant Restoration Corporation. In East Harlem, the collaborative’s anchor partner is the New Economy Project, an economic justice group that works with community-based organizations around the city to fight economic injustice and build a new economy that works for all.

It’s not certain what the end vision will be. The collaborative’s members anticipate each neighborhood’s experience will help shape it.

“We liked this project because of its focus on neighborhoods, looking at that lens,” says Deyanira Del Rio, co-director of the New Economy Project. “That, for us, is what the core of the project is — acknowledging that neighborhoods matter, neighborhoods shape people’s opportunities, shape their daily lives and to what degree they can achieve so-called financial health and well-being.”

“We framed the project and what the collaborative is looking to do, and asked them to give us input about how different aspects of the community affect them, personally financially and otherwise,” says Del Rio. They heard back a lot about housing insecurity, tenant harassment and over-crowdedness, as well as predatory lending and loan sharks. But, Del Rio adds, “we also saw some support networks people have built to be able to stay in their community and not get displaced.”

They heard about people moving to other neighborhoods, seeking more space and affordability, only to move back later. “The micro-communities that they had built [in East Harlem] of people from their home countries supported them better,” says Del Rio.

They’re now in the process of rolling up all those findings, along with other research, into some draft indicators that they will continue to shape with communities. In a mapping workshop, with the help of a visual note taker, Spanish-speaking residents are going to draw the physical and social spaces within their neighborhoods where money is spent, saved, borrowed and used to plan for future expenses. Later in July, New Economy Project and its local partners, such as the Little Sisters of the Assumption, will lead residents on a walking tour, based largely on the mapping workshop, to examine components of the built environment that enhance or detract from the community’s financial health. They’ll repeat the process later this summer for English-speaking residents.

Eventually, all of the mapping and learning will inform a campaign co-designed by residents and collaborative partners to improve some of the financial health indicators.

“We’re facilitating community members and community groups that have been in that community working for a long time, helping them tell the city what needs to happen in their neighborhood,” Del Rio explains.

If the city listening to residents when it comes to financial health or financial empowerment seems unlikely, Glickstein points to at least one precedent: OFE’s network of financial empowerment centers, providing free one-on-one financial counseling all over the city. The centers have seen around 40,000 clients since inception under Mayor Michael Bloomberg, with around 8,000 more clients each year. That started out as a small, philanthropically supported program, now scaled up and paid for with taxpayer dollars.

Says Glickstein, “The idea is to create something that can be brought to scale, similar to the financial empowerment centers earlier.”