5 Cities Get Support for Dismantling Systemic Racism – Next City 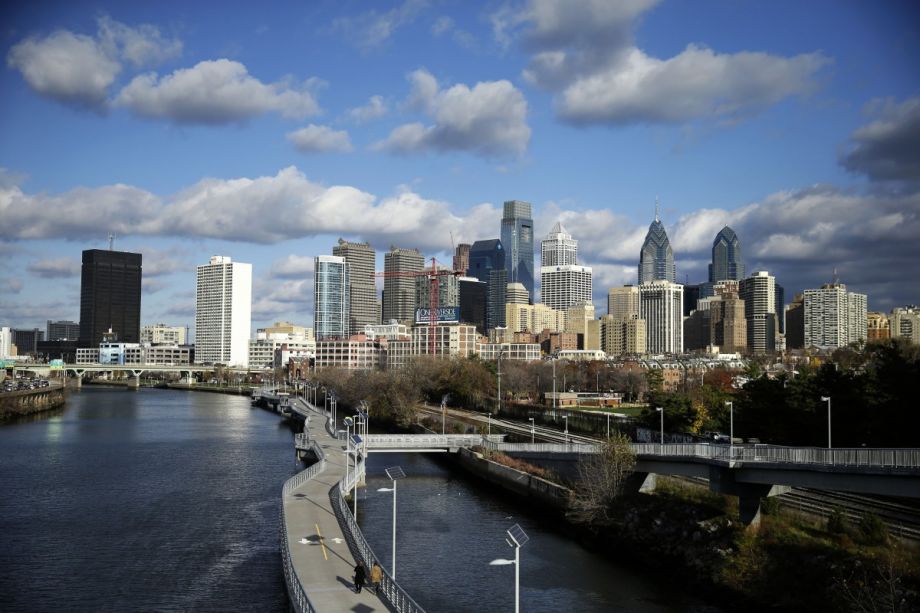 Philadelphia, above, is one of five cities that will get support for improving racial equity and advancing opportunity for all. (AP Photo/Matt Rourke)

On April 19, 2015, Freddie Gray died as a result of injuries received while in custody of the Baltimore Police Department. Reactions were all over the map, from outrage, to sadness, to disillusionment. People of all different racial and ethnic backgrounds, as well as different levels of privilege, felt something. Two weeks later, in one very privileged room, a collection of high-level financial executives and foundation leaders from around the country felt compelled to do something, but they didn’t know what.

It was a board meeting of Living Cities, a collaborative of 22 of the world’s largest financial institutions and foundations dedicated to improving life for low-income people in cities. “The board said let’s set aside time in that meeting to talk about Freddie Gray, to talk about Baltimore, and even more importantly to talk about race in the United States,” recalled Living Cities CEO Ben Hecht, at an event last week to launch Racial Equity Here, the response they landed upon as a group.

Racial Equity Here, a $3 million initiative at launch, will support five U.S. cities committed to improving racial equity and advancing opportunity for all: Albuquerque, Austin, Grand Rapids, Louisville and Philadelphia. The first thing each city government has been tasked to do is to look at itself in the mirror. Over the next two years, with support from the Government Alliance on Race and Equity, each city will complete a racial equity assessment of their core government operations with an intentional focus on “opportunity youth” — adults and youth of color aged 16 to 24, who are disproportionately out of school or work. The hope is that the transparency itself will spur discussions that lead to new programs and more importantly a new operating mindset that considers racial equity in all decisions, including and especially annual budget decisions.

“Government helped create a lot of the inequities, it institutionalized them,” Austin Mayor Steve Adler said last week, referring to a legacy of racial housing segregation in Austin that started in the 1920s, physically embodied in a freeway built essentially along the racial divide, all contributing to decades of disinvestment and mal-investment for communities of color in East Austin. “It’s important for the government, the city government to address racial inequity, not just because of the conditions, but also because we helped create it.”

“The reason we’re excited about Racial Equity Here, is the ‘here’ part of it,” Albuquerque Mayor Richard Berry said. Since every city’s context of racial inequity is unique, Berry says, “I think what’s important about this is we’re going to take these dollars and we’re going to study ourselves.”

Albuquerque recently went through a similar process around gender equity, looking at its own operations and ultimately passing an ordinance to give businesses seeking city contracts an incentive to offer equal wages to both men and women.

In Austin, the Hispanic/Latino Quality of Life Advisory Commission had been proposing for two years to create a City Office of Equity, when it finally happened near the end of last year, and with little opposition, according to Adler. “It was adopted and we put money for it into the budget,” he notes. “The dynamics of our city are changing and unless we’re able to grow in a more equitable way, we’re going to lose what is the spirit and soul of Austin, Texas. People recognize that.”

Previously, Austin’s anti-poverty and affordable housing efforts looked primarily at class, not race. The new office, Adler says, will be the first to specifically have racial equity as part of its charge.

The details of how the new office will work in conjunction with other city agencies are still being formulated by the city manager. The city has yet to announce someone to fill the position.

“There were no discussions about more bureaucracy or just creating more red tape,” Adler says. “Its charge isn’t to create additional barriers or thresholds. But the policy recommendations to come out of the office might end up with those battles.”

Another looming battle: state legislators who may oppose any measures adopted as part of a racial equity agenda. New Orleans recently defeated one such state house bill to nullify its racial equity-rooted local hiring program. Adler anticipates similar opposition, particularly related to Austin becoming the first Southern city to ban the box, just a month ago.

“Austin is a city that was described by our governor as being the blueberry in the middle of the tomato soup,” said Adler. But, according to Adler, it benefits the state by attracting companies like Google or Apple or Facebook who have employees who want to live in a place like Austin. “My argument to legislators, that I know I’ll be making in just a few short months, is that some things should be left to local control, so that different communities can be the communities that they want to be,” said Adler.