How the Affordable Care Act Can Keep People out of Prison 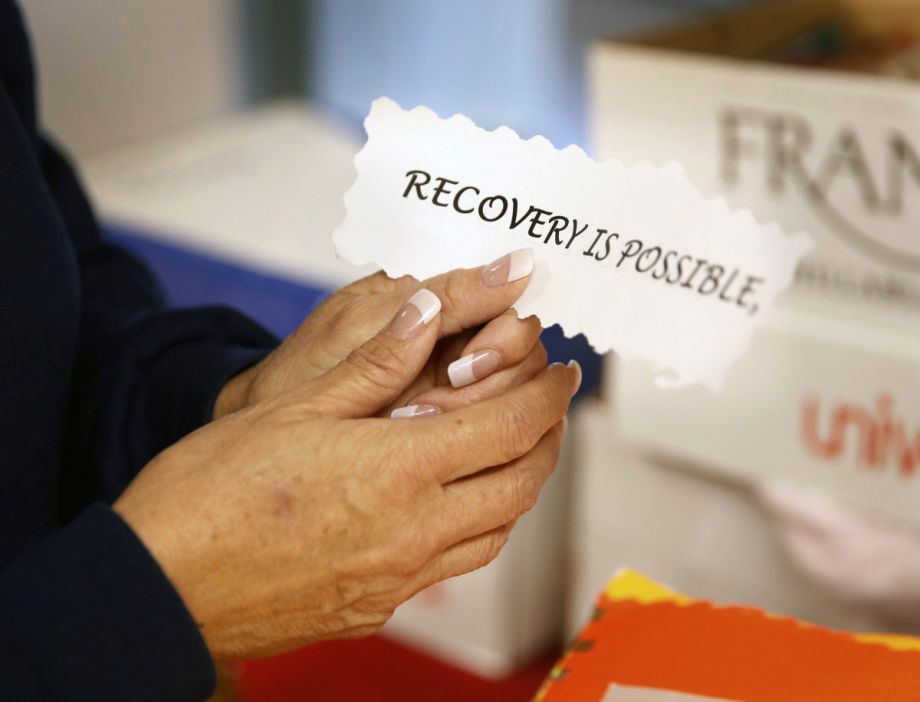 In this 2017 photo, a woman looks through her personal scrapbook at The Pavilions, a residential re-entry program in Los Lunas, New Mexico, where she received treatment after her release from prison. (AP Photo/Eric Draper)

Many former inmates struggle with mental health and substance use disorders. Appropriate treatment for these illnesses can be what stands between successfully reintegrating into society and returning to a life of crime – and ultimately back to prison.

We are scholars who study the implications of health insurance reform for criminal recidivism. In our recent paper, we found that increasing access to Medicaid coverage under the Affordable Care Act increases criminal justice referrals to addiction treatment and reduces violent crime recidivism.

More than half – 58% – of state prisoners and at least 40% of federal inmates abuse drugs. Among these prisoners, only 40% of women and 50% of men participate in drug treatment programs when admitted.

Eight to 10 months after release, the percentage of former inmates receiving treatment for substance use disorder is even lower – dropping to 25%.

Many are not eligible for Medicaid, the federal program that provides health care to low-income people and those with disabilities. And there are still 12 states that have not expanded Medicaid coverage to low-income adults. Lack of treatment for their substance use disorder often lands them back in prison.

The Bureau of Justice Statistics tracked over 400,000 released prisoners in 2005. Over 103,000 of them had committed a violent offense and about 51,000 were involved in a public-order crime. Violent crimes range from murder and rape to blackmail or intimidation, while public-order crimes include rioting, public drunkenness and vice offenses, among others.

The best treatments for substance use disorder, including methadone and buprenorphine as well as cognitive behavioral therapy, are expensive. This makes them essentially unaffordable for those without health insurance. Based on preliminary cost estimates, for example, methadone treatment that includes medication and integrated psychosocial and medical support services would cost US$126 per week, or $6,552 per year based on daily visits.

When prisoners are released, they often are overwhelmed and have no idea where to get help.

Out of prison, but out of luck

In our recent paper, we explored how the expansion of Medicaid coverage under the ACA affected the likelihood of ex-offenders committing a crime after incarceration. We distinguished between first-time and multiple re-offenders. These offenders may have different criminal propensities since they are exposed to different prison conditions and have different characteristics. Based on our administrative data, multiple re-offenders are relatively older, less educated and likely to serve more time in prison.

The effects of Medicaid coverage can materialize only if former inmates have access to health services. Motivated by this observation, we sought to find answers to other important questions: Do former inmates increase their access to health services, especially substance use disorder services, in states that expanded Medicaid compared with those states that did not? If there is an increase, is it specifically driven by Medicaid or by other types of health insurance such as private coverage?

We found that increasing access to Medicaid coverage under the ACA reduces violent and public-order crime recidivism. The results suggest that the reduction in recidivism was substantially larger for violent offenses after both one and two years of release.

Having access to Medicaid led to a reduction of 30% and 24% for one-year and two-year violent recidivism rates, respectively. This relationship is the strongest among multiple re-offenders as well as older inmates, particularly those ages 45 to 54. There is also weak evidence of a decrease in recidivism rates on public-order crimes.

Moreover, we found that states that expanded coverage through the ACA experienced a rise in the number of admissions to substance use disorder treatment facilities, specifically among those who accessed treatment through Medicaid from prisons or while on parole or probation. We did not find any changes in access to substance use disorder treatment for individuals who opt in to pay out of pocket or among those with private health coverage.

An immediate policy implication of our findings is that public health insurance could help prevent around 100,000 ex-offenders from returning to prison every three years. That’s 12,000 to 15,000 public-order and violent offenders every year.

Improving health care access for violent and public-order offenders is crucial because of the more impulsive nature of these crimes. Property crimes tend to be premeditated and less linked to mental health or substance use disorders.

Most people who end up in the criminal justice system need health services that are often denied to them because of their income level or employment status. Ex-offenders must go through the justice system in the U.S., inflicting yet another possible traumatic experience. They must also deal with the marginalization that comes afterward, an experience that can be difficult for even the most resilient.

In our view, access to mental health services and substance use disorder treatment is extremely important if our society wants to fully rehabilitate and reintegrate former offenders into our communities. In addition, recent estimates suggest that Medicaid can achieve annual social cost savings of about $4 billion through crime reduction.

Our findings imply that the expansion of public health coverage can be effective at curbing recidivism. Facilitating a visit to the doctor’s office can help ex-offenders much more than just improving their health outcomes.

Han Yu is an Assistant Professor of Finance and Applied Economics at Dalton State College.