How Graphic Design Can Help Advance Social Equity in Cities 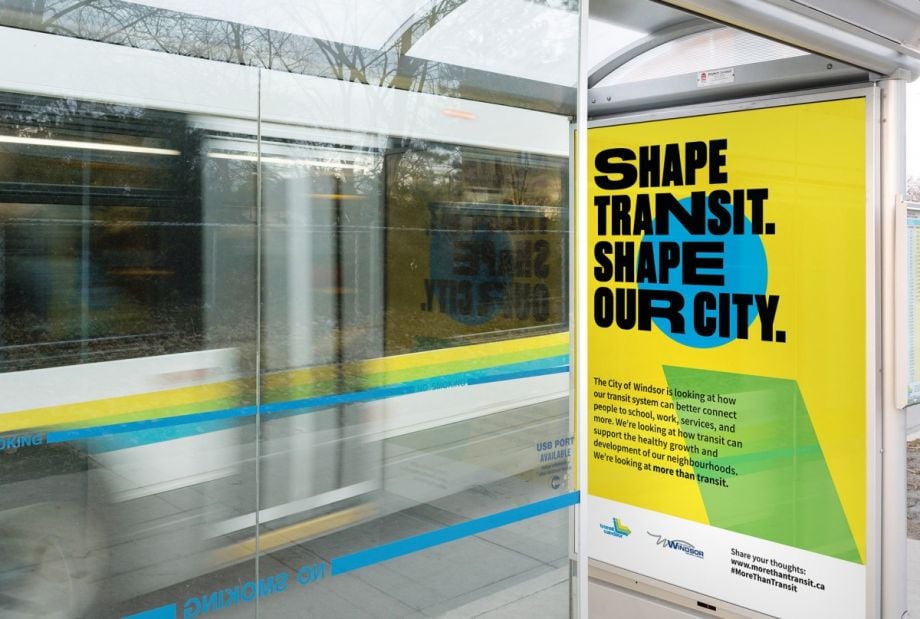 For those of us working to make social, economic, and environmental change in cities, it’s not hard to see the importance of disciplines like urban planning, economic development and public policy. But what about another professional field that typically isn’t associated with urban affairs? I humbly submit that my discipline — graphic design — is also a key element of making better cities.

Equity gaps are a growing issue in our cities and historically, a privileged few have held most of the power in determining how cities are designed, how they function and who benefits from their growth. However, a shift is taking place in which governments are expected to make decision-making more democratic and urban planners are expected to make their processes more participatory. When done effectively, this approach can help to ensure that residents and communities are meaningfully engaged and that the outcomes reflect their voices, ultimately leading to cities that are more equitable. But uninspired and opaque communications can make the subject matter come off as dry and unrelatable, resulting in additional barriers to a process that’s already difficult to access.

In this era of information overload, good visual communication has the potential to cut through the noise and open up channels to participation. Thoughtful graphic design and jargon-free writing can reduce barriers for many people by presenting policies as relevant, explaining complex topics and offering calls to action. For these reasons, graphic design is increasingly being recognized for its potential to elevate community engagement, making urban policy conversations more accessible and inclusive.

This approach has been championed by organizations such as the Center for Urban Pedagogy (CUP), who produce visual explanations demystifying urban policy issues — from food access to street vending — so that more individuals can better participate in shaping their communities.

In many cities, we have noticed a trend of governments, urban planning firms and other civic organizations partnering with communications agencies to take their work to the next level. At our design studio RallyRally, we have embraced this philosophy of creating visually engaging communications to help to advance urban equity. Let’s take a look at a few different examples of these principles in action.

Across the river from Detroit in Windsor, Ontario, Transit Windsor undertook a full review of the public transit system to identify how to better serve the changing needs of the city. While our partners at Dillon Consulting led the data analysis, community surveys and transit planning, we were responsible for communications to support engagement efforts, inviting residents to share their thoughts on the future of their city and their transportation. In the context of a city where transit makes up only 4 percent of the mode share, communications needed to resonate with transit users and non-users alike. We developed a marketing campaign with bold graphics and relevant messaging that was rolled out across the city and on social media to invite participation. Over the course of a month, over 2,000 respondents (more than 1 percent of the city’s population) completed an online survey, while many others attended public meetings, generating an unprecedented amount of feedback to shape Windsor’s new transit plan.

In our hometown of Toronto, the City is considering a new inclusionary zoning policy (also called inclusionary housing or mixed-income housing) that would require new residential developments to include affordable housing units. The goal is to create mixed-income communities while addressing the challenge of rising housing costs. Our collaborators at Dillon Consulting embarked on a public consultation process, convening conversations around the proposed policy. The realm of housing policies can be daunting to most people, so to ensure that many Torontonians had an entry point, our team at RallyRally designed a campaign to raise public awareness about the engagement opportunities while explaining what inclusionary zoning is. Rather than leading with technical terms, our ads opened with the bold statement “Everyone should be able to afford housing in Toronto. But we know that not everyone can.” Our ads on transit shelters and social media led residents to a website where they learned more about the proposed policy and provided their thoughts to the City.

A few years ago, RallyRally played a pivotal role on a high-profile planning study to address explosive growth in Downtown Toronto. To plan Downtown’s future and make it an inclusive place where everyone can thrive, the City of Toronto set out to develop policy frameworks through a secondary plan called TOcore. Working with the City and a consultation team led by Swerhun Facilitation, we asked the public their advice for Downtown. Our aim was to use accessible messages through a city-wide campaign to reach Torontonians, including those who face systemic barriers to participation in city planning decisions.

In addition to outreach materials and social media, we also created a set of “avatars”: illustrated representations of 16 fictional Toronto residents who have backstories based on demographic data and reflecting the lived experiences of the multicultural city. The avatars, which included members of vulnerable populations, were used to help residents consider their own relationship to Downtown and share that feedback with the City. Our campaign led to active participation from thousands of Toronto residents. All of the public’s input, from concerns about displacement to new ideas for public spaces, informed a new set of policies and strategies that reflect the diverse needs of the growing city.

The TOcore avatars (Design by RallyRally, in collaboration with Nash Paul D’Souza)

“RallyRally designed an identity for our project that was instantly recognizable,” recalls Daniel Fusca, manager of public consultation for parks, forestry & recreation at the City of Toronto. “Their work creating culturally sensitive representations of Torontonians was a key factor in our success.” The avatars were recognized with a national award from the Canadian Institute of Planners, further validating the importance of such tools in fostering brave conversations about change in our cities.

These examples are just the tip of the iceberg for how graphic design can contribute to making our cities stronger, healthier and more human-centered. While these projects focus on engagement around urban policy matters, graphic design of course also fulfills other functions in cities, from signage to murals, from branding to data visualization.

While even the best graphic design has its limits and can’t replace the critical work of other urban practitioners, design and communications can amplify the work of other disciplines, make complex topics approachable so that people can rally around solutions and help to envision the future we are working to create together.

If you have questions about how to integrate graphic design into your own practice working to create better cities, or if you have an idea for a project, please reach out through RallyRally’s site or the contact info below.

Jay Wall is the principal and creative director of RallyRally, a design studio dedicated to social change and creating better cities. Based in Toronto and working around the world, RallyRally amplifies the impact of forward-thinking organizations through creative strategy and graphic design. Jay was selected as a Next City Vanguard fellow in 2015. Follow him on Twitter at @Jay_Wall or email him at jay@rallyrally.design.