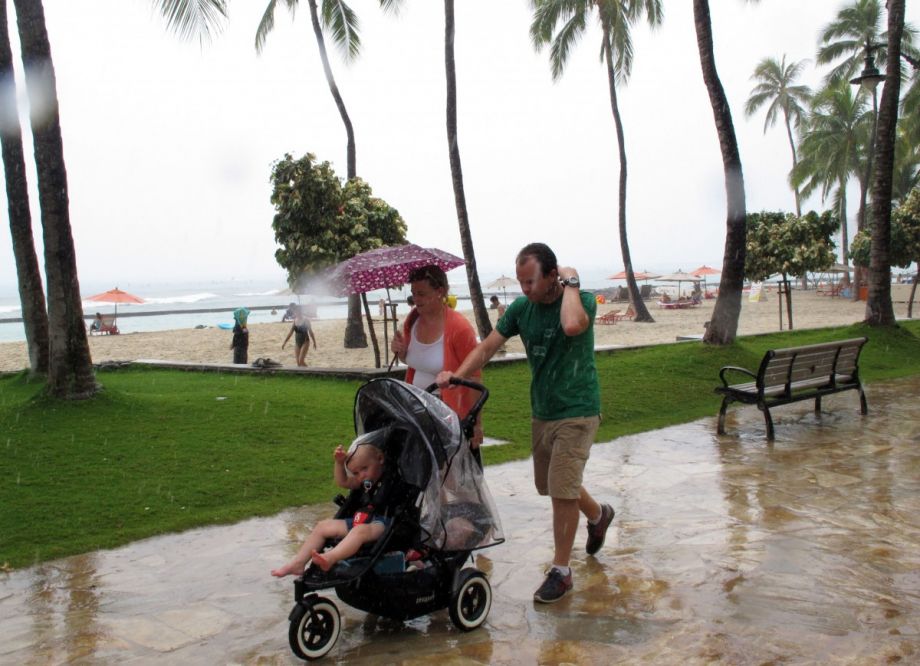 Two more U.S. cities are getting chief resilience officers to lead sustainability and environmental efforts. In Honolulu, Josh Stanbro will tackle everything from coastal flooding to water shortages, and in Louisville, Kentucky, Eric Friedlander will focus on the built environment and economic challenges.

The positions are funded through the Rockefeller Foundation’s 100 Resilient Cities initiative, which both cities joined last May in admission of the final cohort. The newly minted CROs will be able to tap into a network of other 100 RC-funded CROs across the country, in Oakland, Boston, Chicago and elsewhere. CROs are tasked with creating and implementing a citywide resilience strategy to prepare for and recover from both climate-driven disasters like hurricanes, fires and floods, as well as “slow-moving disasters,” such as homelessness and unemployment.

Stanbro previously served as a program director for the Hawaii Community Foundation, where he led fresh water and community initiatives. Honolulu Mayor Kirk Caldwell said in a statement that as an island city, Honolulu’s problems are unique, but that Stanbro is the right person to take those challenges on.

Stanbro will also head up a new office focused on climate change, sustainability and resiliency.

“I’m also proud that … our voters overwhelmingly approved tackling head-on the tough climate change issues that threaten an island community,” Stanbro said in a statement. “This is the right time for local governments to take a leadership role.”

“The people who are often the first to be hurt in catastrophes big or small, sudden or slow-moving, are often the people who have the least resources,” Friedlander said. “Cities must plan for how to respond to the shocks and stresses found at the intersection of race, poverty, the environment and the economy.”

Noting the role chronic social issues like racial inequity play in efforts to better withstand the effects of climate change and natural disasters, Louisville also announced that a new chief equity officer, Kellie Watson, will be working closely with Friedlander.

“Our city has been experiencing exceptional growth over the past seven years — $9 billion in investments, and tens of thousands of new jobs. But we have to make sure we’re growing the right way,” Louisville Mayor Greg Fischer said in a statement. “Under Eric and Kellie, our resilience and equity efforts will collaborate — because we know our most vulnerable citizens are often the hardest hit by crises.”

Watson has previously worked as the city’s general counsel and human resources director, and in her new position will build on the city’s Racial Equity Here initiative. That initiative, kicked off in Louisville and four other cities last May, tasked participants with completing a racial equity assessment of their core government operations with an intentional focus on youth of color, who are disproportionately out of school or work.

Berkeley also highlighted the equity-resiliency connection in its resilience strategy released in April 2016. One of the six goals laid out in the plan is to advance equity, such that disaster preparedness resources, education and services are more equally distributed among city residents.

“We know that in the event of a major earthquake it will affect every aspect of our community,” Berkeley’s chief resilience officer, Timothy Burroughs, told Next City last year, “and we know that low-income housing units, for example, will be affected at a higher rate.”