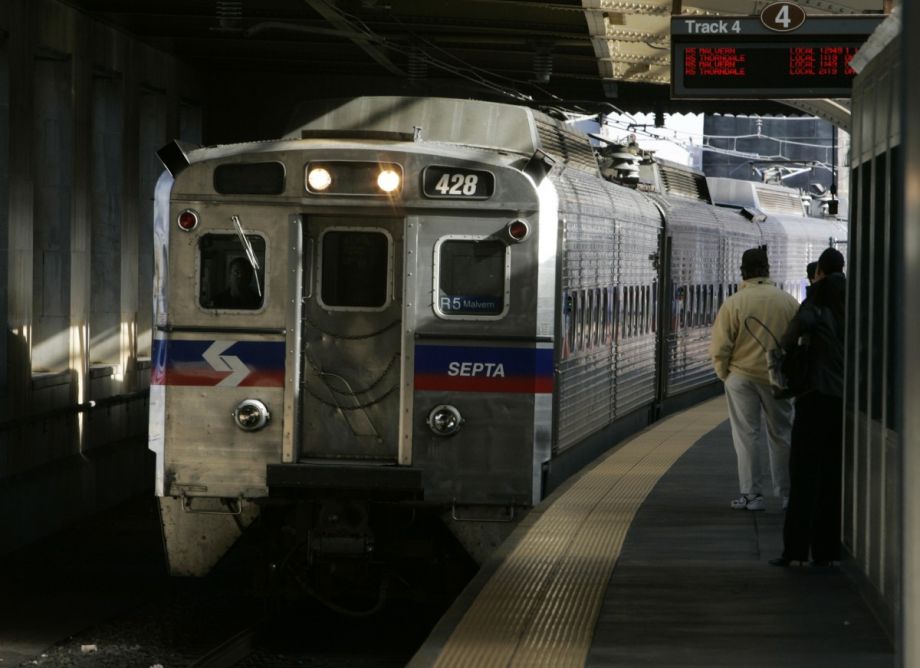 The same week President Donald Trump signed an executive order designed to roll back Barack Obama’s Clean Power Plan, climate activists in two cities on opposite sides of the United States were pressuring their transit agencies to think about how today’s investments will impact the adoption of renewable energy sources in the future.

Five days before Trump’s order, activists packed board hearings in Los Angeles and Philadelphia. In the former, a coalition of climate and labor groups demanded that LA Metro completely electrify its bus system. In the latter, 350 Philadelphia, a group that focuses on climate justice, and residents of the Nicetown and Tioga neighborhoods made a last-ditch effort to get the Southeastern Pennsylvania Transportation Authority (SEPTA) to drop plans for a new natural gas plant.

In Los Angeles, the message was well received. Less so in Philadelphia, where, despite activists’ protest songs, SEPTA’s board voted unanimously to go forward with a new combined heat and power facility in Nicetown. The natural gas plant would power half of the regional rail system and provide baseline power in the event of an outage at PECO, the region’s largest electric and gas utility. SEPTA estimates it would reduce the agency’s overall carbon footprint by 15 percent by decreasing reliance on coal-generated electricity, and increase the system’s climate resilience.

But 350 Philadelphia argues that such an investment will only delay SEPTA’s adoption of renewables in the future.

“It’s not the response we hoped for, but the one we expected,” says Mitch Chanin, of 350 Philadelphia. “We don’t accept the premise that burning natural gas, because it emits less carbon than coal, is a climate solution. [The new Nicetown plant] is taking them in the wrong direction in terms of climate impact.”

The new plant would take at least two years to build and operate for at least two decades, a time period during which Chanin and others at 350 expect the cost of renewable energy to plummet. If prices for electricity from renewables does become cheaper than electricity from natural gas plants, SEPTA would be locked into paying for more expensive power.

According to Erik Johanson, SEPTA’s innovation director, the agency requires that all sustainability projects be budget neutral. Under Pennsylvania’s Guaranteed Energy Savings Grant, a bank will pay for the construction of the $26.8 million natural gas plant, and SEPTA will pay off the loans using the estimated $8.5 million per year in savings from the switch. The site of the new plant, next door to a bus depot, is just under an acre; the facility would be able to power trains at a weekend service level, with PECO making up the difference on weekdays.

To generate an equivalent amount of power using solar panels would require 83 acres, says Johanson, who points to cost and space as major reasons it isn’t feasible for SEPTA to rely on renewables to increase energy resiliency right now. They’re becoming less expensive, but not quickly enough.

“The scale of energy requirements of running an entire bus garage … and half of our regional rail system far exceeds what you could generate with a solar array, even if you covered that entire facility with solar panels and even if you installed multiple megawatts of battery storage to smooth the load,” he says.

Chanin says 350 Philadelphia recognizes that the Nicetown site alone couldn’t generate enough power using solar or wind, but had hoped SEPTA would engage in a more complete alternatives analysis. Councilwoman Cindy Bass, who represents the district where the plant would be built, has also said in a statement that while SEPTA complied with EPA regulations, its environmental impact analysis didn’t answer pressing questions.

“My concern is that the EPA requirements do not specifically address what the long-term effects of this type of generator would be in an urban, residential community that already suffers from a considerable amount of environmental, economic, and health-related stresses,” she said. The neighborhood surrounding the plant already experiences the highest rate of childhood asthma hospitalizations in the city.

Johanson rejects the idea that the plant constitutes an additional risk. In fact, he says, “There’s ample evidence to suggest that a resilient source of power is a way of preparing for climate change and extreme weather in the future, and reduces greenhouse gas emissions from power generation while we’re at it.”

He also rejects the idea that building new natural gas infrastructure will compromise plans to increase use of renewables. In 2012, SEPTA released an Energy Action Plan that focused on increasing energy efficiency and expanding alternative sources, like recapturing heat from braking vehicles.

With nearly all of those goals met, and the cost of renewables dropping, SEPTA is planning to release a new renewable energy plan this year. As a first step, last fall the agency started looking into roof-mounted solar panels to power six of its maintenance facilities. And starting in 2018, two bus routes in South Philadelphia will be electrified. The 25 Proterra electric buses on those demonstration routes will be the largest electric bus fleet on the East Coast. By 2021, 95 percent of SEPTA’s bus fleet is expected to be hybrid-electric or fully electric.

Electric buses, of course, need to be charged — a huge energy suck. SEPTA’s solar arrays won’t have sufficient capacity to charge their batteries, so they’ll rely on PECO power, over a third of which is generated by coal, another third by natural gas, and less than 5 percent by renewable sources. On the same day that SEPTA voted to go forward with the Nicetown gas plant, activists on the other side of the country in Los Angeles were pressuring LA Metro to not only move toward an all-electric bus fleet, but also to make a long-term commitment to charge those buses using renewable energy.

“We don’t want to just transfer the pollution from the tailpipe to the smokestack. We want them to be genuinely clean-energy buses,” says Kent Minault, organizer for the Sierra Club, one of a coalition of organizations pushing for electrification.

The Los Angeles region knows a thing or two about the risks of natural gas leaks, and California has been a leader in setting ambitious renewable energy targets. So when the Sierra Club and partner organizations learned in January that LA Metro planned to acquire 1,000 new compressed natural gas buses, they started showing up at board meetings to discourage a move they saw as detrimental to the region’s long-term switch to renewables.

To Minault’s surprise, they were received positively. At a meeting with climate groups, LA Metro said the coalition’s goal of 100 percent electric and emissions-free buses by 2030 was a little fast, but stated a commitment to reaching the same goal. There are three electric bus manufacturers in the Los Angeles region, including Proterra, so city leaders see electrification as a route to both reducing emissions and creating jobs. After a failed electric bus pilot several years ago, LA Metro recently agreed to purchase and deploy five electric buses from local manufacturer BYD.

As in Philadelphia, climate activists are also looking at the source of the electricity that will charge those bus batteries. Right now, 25 percent of energy generated by the municipal-owned Los Angeles Department of Water and Power comes from renewable sources; by 2050, it could be 50 percent. The Sierra Club and partners including Jobs to Move America, Food & Water Watch, Community Health Councils, and the International Brotherhood of Electrical Workers Local 11, want LA Metro to commit to building infrastructure like solar canopies over bus lanes that would allow the electric buses to get to 100 percent much faster than that.

As a result of pressure, procurement of the natural gas buses has been delayed again and again, this time possibly until July. “Every postponement is essentially a victory for us, because the longer it gets postponed, the stronger the case for all-electric becomes because electric technology is developing fast,” says Minault.

Jobs to Move America is also working to ensure electrification would provide well-paying jobs, and Sierra Club and other partners want assurances that neighborhoods hardest hit by air pollution would be the first to receive electric buses. The five buses LA Metro has agreed to purchase will serve the Orange Line in the San Fernando Valley, not the deeply affected areas around South Los Angeles and in the Inland Empire.