How NJ Transit Plans to Storm-Proof Trains – Next City 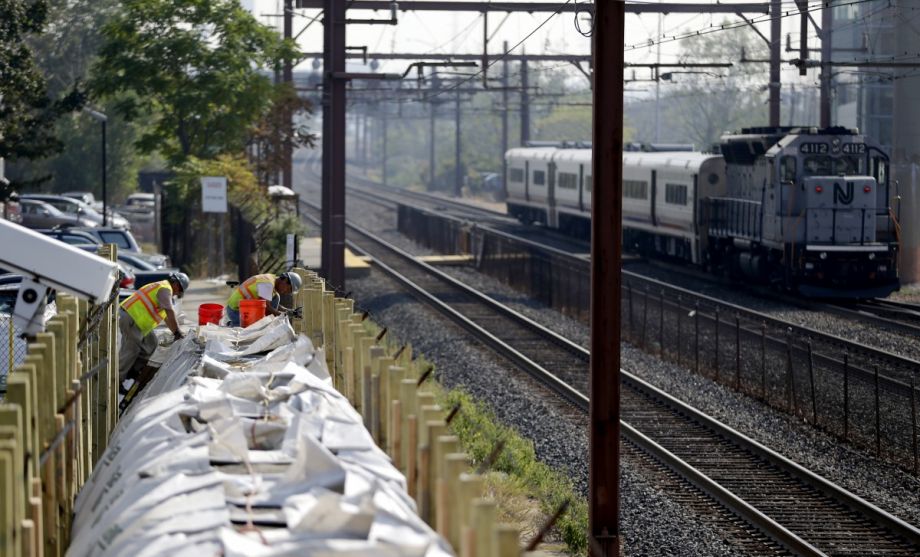 If its main source of power from the local utility gets knocked out again in another Superstorm Sandy-like disaster, NJ Transit intends to be prepared The agency recently announced plans to build a microgrid to power some of its most heavily traveled rail lines.

Microgrids are small complexes of buildings or infrastructure that have their own source of power, sufficient to keep them operational should power from the local utility go down. The program has backing from the Department of Energy, and means that northern New Jersey’s portfolio of energy sources will become more distributed. In normal times the transit system will be pumping power into the grid, earning some money back for its investment.

One of the main structural problem with microgrids is electrocution, but that’s fixable. Distributing energy production works well when the grid is functioning normally, but when the main grid blacks out, if microgrids keep putting power out, they endanger utility workers. Even the relatively few homes in Superstorm Sandy-hit areas that had solar panels couldn’t use them because they automatically went offline after the blackout in order to protect workers.

The solution in both cases is simple. Buildings looped into a distributed power source just need a way to shut off their connection to the main power grid. It’s called “islanding,” and can be engineered into the system. All it takes to keep electrical workers safe is to break the power source’s grid connection while continuing to provide power to the islanded structures.

The ability to keep some trains running in a blackout is an attractive bit of insurance in a region still smarting from key infrastructure going down during 2012’s storm. In the region served by the so-called “TransitGrid,” it could be especially important if New York City needs to be evacuated.

NJ TransitGrid will power rail lines running through Jersey City, Kearny, Secaucus, Hoboken, Harrison and Newark. While precise specs are still to be worked out, the microgrid will be capable of generating something over 50 MW of power, according to NJ Transit’s Nancy Snyder, who said it was a “sufficient independent and reliable source of power to meet NJ Transit’s needs for the emergency operation of public transportation.” The system will be islandable, Snyder confirmed, and its power will come from a natural gas-powered generator, primarily, with supplementary solar power.

Abraham Ellis, a researcher at Sandia National Laboratories, helped to establish the conceptual design for NJ TransitGrid and continues to be involved. He says that part of his work in helping clients to explore deploying microgrids is identifying a “design basis threat.” What is going to knock your system out? Stakeholders might determine that healthcare is the most critical infrastructure if the design basis threat were a terrorist attack. They might make different choices if the threat were flooding.

So if microgrids are such an attractive resilience measure with the added benefit of earning cities some revenue, why aren’t they more common? Ellis explains that under New Jersey law, if your electrical system covers more than a certain number of rights of way, it might then begin to be considered a regulated utility by the state, which creates headaches that most property owners would want to avoid.

He says thus far, American microgrids have mostly been deployed at military facilities and universities — places that own multiple buildings, but all within one property owners’ boundaries.

“In my opinion, this whole regulatory viability of microgrids is very much a question,” Ellis says. (This Fast Company story explains in detail the issues with a regulatory environment that protects electricity utilities.)

As the Garden State moves forward with building tomorrow’s new resilient infrastructure, it will test Industrial Revolution-era laws protecting utilities. That’s where the federal government’s involvement may be important beyond the dollars contributed. When the exploration into a microgrid approach was announced, the DOE included the NJ Board of Public Utilities as a stakeholder. At the time, Energy Secretary Ernest Moniz placed the project within the Obama administration’s climate change agenda. Renewable energy and resilience advocates will be eager to see if the White House is a strong enough stakeholder to island NJ TransitGrid from yesterday’s rules.