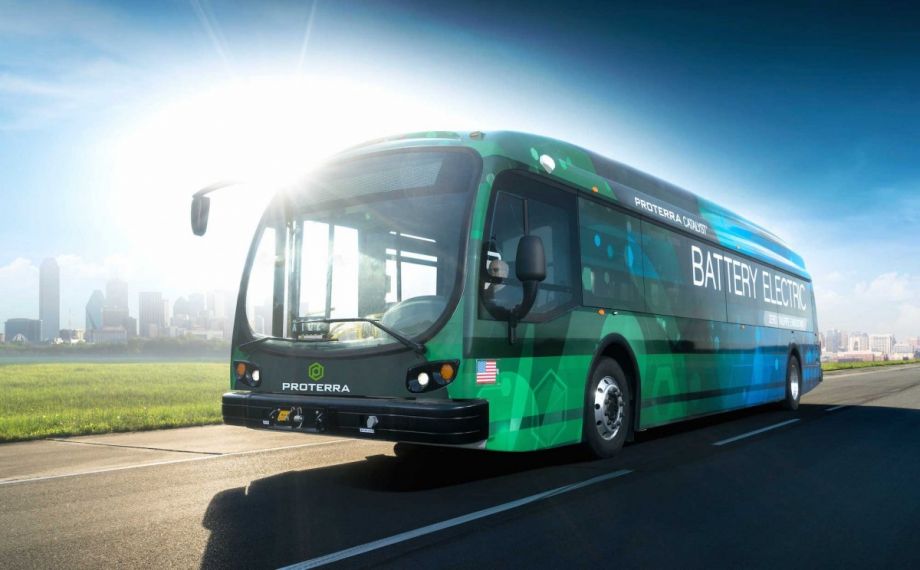 The age of the all-electric bus may finally be here. Last week, Proterra, an electric bus production company with the lofty goal of replacing all fossil fuel-run buses in the U.S., unveiled a new design that Business Insider reports may finally be good enough for the mass market. The company’s new all-electric bus can operate a route for an entire 18 hours, the same range as a diesel bus.

The Proterra Catalyst, as its called, is 40 feet long, seats 77 passengers, and has a range of roughly 350 miles on typical test track conditions. Compared to the Tesla Model S and Model X, which can achieve 315 miles on one battery charge, that’s extraordinary. Proterra cautions that mile ranges are tricky to gauge in urban conditions, where drivers will be braking and turning frequently, but the company says its new battery technology can guarantee service for a full 18-hour shift.

As Next City reported last year, an earlier Proterra model has already been purchased and utilized in cities across the country, including Dallas, Louisville, Kentucky, and Stockton, New Jersey. About 60 buses were sold to 12 different transit agencies in 2015, but because of the buses’ 146-mile range, their widespread adoption hasn’t been feasible until now.

The new design is a carbon fiber composite, which is much lighter than traditional steel. “If you take a traditional steel bus and just start dumping batteries on it, that bus is going to get really heavy really quick,” Matt Horton, Proterra’s vice president of sales, told Business Insider. The 660 kWh battery now now sits beneath the bus, maintaining a very low center of gravity.

The new fleet of Catalysts will be ready soon. Foothill Transit, near Los Angeles, plans to have the first buses on the road in early 2017. Horton told Business Insider that the company has pre-sold over 300 buses to date. Last year, Rachel Dovey wrote for Next City that Proterra CEO Ryan Popple’s ultimate goal is to replace all diesel buses, which he called “the least efficient surface transportation asset in the market.” They average just about 4.71 miles per gallon, and make up the majority of publicly owned buses. (Though 41 percent of all publicly owned buses are already using hybrid technologies or alternative fuels.)

Proterra’s biggest hurdle to replacing diesel might just be the upfront cost. A Catalyst E2 Series’ base price is $799,000, compared to around $300,000 for a conventional diesel bus. But Popple, a former Tesla employee, stressed that he doesn’t want his busses seen as a niche, luxury item. Supporters argue that electric will cost less in the long term because of savings on fuel and operations. A representative of the San Joaquin Regional Transit District in Stockton told Next City that the city’s fleet of hybrid diesel-electric buses cost about 60 cents per mile to operate, compared to 20 cents per mile for all-electric. Diesel-only buses cost about a dollar per mile.