What City Planners Can Learn From St. Paul’s Parque Castillo – Next City

What City Planners Can Learn From St. Paul’s Parque Castillo 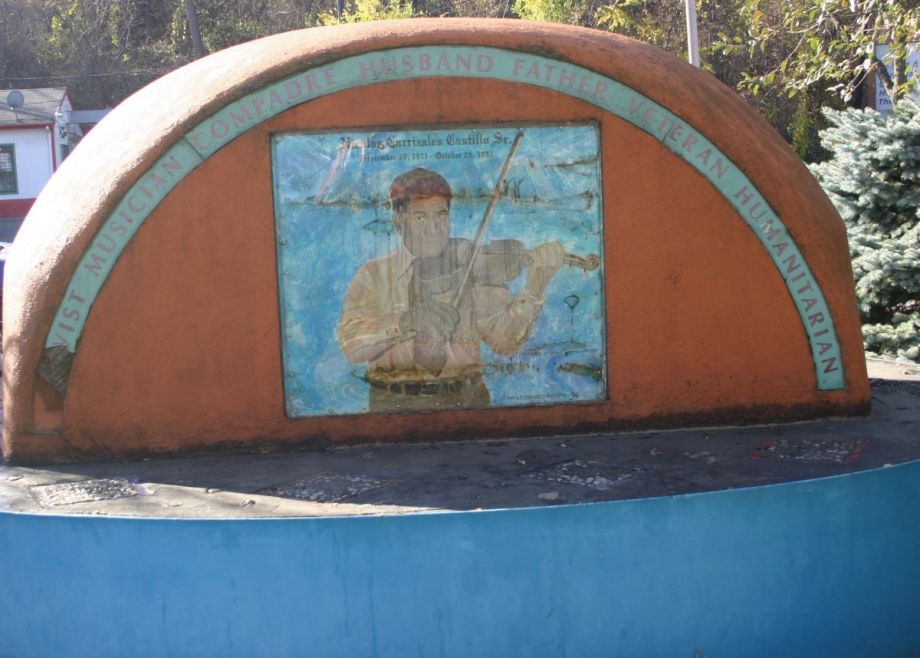 In St. Paul, Minnesota’s Parque Castillo, local artist Craig David is creating an installation celebrating the life of the late activist Nicholas Castillo, the park’s namesake. David is carving the benches that will surround the park’s “Celebration Lawn,” a grassy area that is part of a larger park makeover.

City parks have always served as a forum for cultural exchange and expression. Parque Castillo, and the new installation, are prime examples of a fresh direction in park design and programming known as creative placemaking. Creative placemaking seeks not only to renew important community landmarks like Parque Castillo, but to imbue them with a deeper sense of place that engages residents by celebrating local culture.

Craig David’s art depicts local Latino history, culture and the inspiring activism of Castillo and others who shaped the community. Thanks to his vision the park is infused with a cultural context that gives it soul. So compelling is this integration of public space and art space that park commissioners and Craig David recently earned the Toro Urban Park Innovation Award to help fund the project.

Such transformations often happen organically, as when people claim unused or neglected spaces for social purposes. This sort of DIY placemaking can range from something as simple as an informal musical performance in an open field to something more substantial, like the Burnside Skatepark, which arose on vacant land beneath Portland’s Burnside Bridge that was adopted by skateboarders in 1990.

Other times, creative placemaking is more deliberate, as with Parque Castillo when public agencies and community organizers unite around a common purpose of renovating public lands in areas of rapid growth and diversification.

Traditional park models have not always been so inclusive of ethnically or culturally diverse communities, however, and there are often as many ways to enjoy public spaces as there are people to enjoy them. Against that backdrop, creative placemaking has inspired city planners to incorporate community input in the design, programming and activation of public spaces in their neighborhoods. Those efforts are paying off. Experience shows that when residents have a say in how their community spaces are designed, they are more likely to serve as volunteers and to steward their renewed spaces.

Despite these clear benefits, however, cities are not always in step with the ideals of creative placemaking. The reasons for the shortfall are myriad, from budget and staffing concerns to red tape or inexperience working with artists. Even when such concerns can be overcome, the installation of amenities such as climbing walls, skate parks and other modern-day active equipment can carry negative connotations and create liability risks. Meanwhile, on the cultural front, even “neutral” public art can prove divisive.

These barriers can impede wider integration of creative placemaking, but nonprofit groups are often able to step in when risk-averse public agencies are not able to act. As the practice takes hold and cities are using place-based arts and cultural programming to address a variety of public issues — from health to safety to resiliency strategies — institutional partners, community-based organizations, funders and professional groups are getting involved.

In one example, The Trust for Public Land and its partners, including the City Parks Alliance, are building a base of knowledge about parks and creative placemaking, with support from the National Endowment for the Arts. Other advisors like the Americans for the Arts, American Planning Association, American Society of Landscape Architects, ArtPlace America, AECOM and Barefoot Artists, are helping to collect knowledge to publish a field guide for creative placemaking that is due during the City Parks Alliance’s Greater & Greener conference this summer.

As knowledge-building projects like these and their real-world counterparts, like Parque Castillo, prove, creative placemaking is an exciting direction not only in park development but more so in community building. Using local narratives to activate public space can be a powerful tool to bring about positive change when people see their history and identity reflected in their everyday environments.