Cities Without Highways – Next City 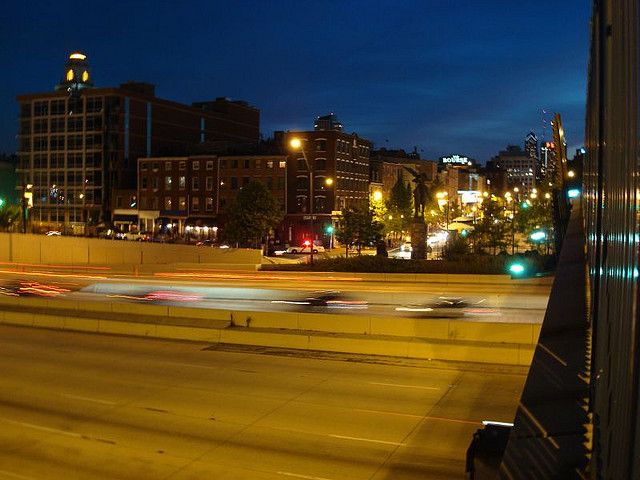 Urban highways, and the prospect of their removal from cities across the U.S., have been a perennial topic in Next City’s coverage. In an essay featured in the new e-book City 2.0: The Habitat of the Future and How to Get There, from TED Books, Next City Editor in Chief Diana Lind discusses urban highway removal at length, considering the history of the Interstate Highway System, successful removal schemes from New York to San Francisco, and her own personal vision for the future of I-95 in Philadelphia, an eight-lane behemoth that cuts the city off from its Delaware River waterfront.

Below, we have an excerpt from that essay, titled “Cities Without Highways.”

On a clear spring day in 2010, I took a motorboat tour down the Delaware River with urban planner Harris Steinberg. Steinberg had helped develop Philadelphia’s first cohesive plan for revitalizing the city’s postindustrial waterfront, and I listened excitedly as he explained how those piers overgrown with shrubs and thin trees would soon become parks reconnecting citizens to this oft-ignored waterway and how a suburban-style collection of big-box stores, including the country’s only waterfront Wal-Mart, would be reimagined as a pedestrian-oriented neighborhood with new housing. Bike paths would line the river, and Philadelphia’s historic street grid, like outstretched arms, would extend all the way to the water as it once had.

But viewed from the water, the city faced a clear obstacle to this visionary plan. Eight lanes of Interstate 95, elevated like a viaduct, sat beside six lanes of a heavily trafficked boulevard and collectively blocked Philadelphia’s vibrant downtown from the Delaware.

More than just an eyesore, the highway served as a physical and mental barrier, preventing most Philadelphians from ever experiencing the river. Straddling nearly 100 acres of prime real estate in downtown Philadelphia that presented an enormous opportunity cost to the city’s tax base, I-95 was a symbol of misbegotten 20th-century urban planning that lingered into the present.

When I mentioned what a shame the highway was, Harris told me offhandedly that all 51 miles of I-95 in Pennsylvania were undergoing phased replacement. The last portion of I-95 to be replaced would be the three-mile stretch along Philadelphia’s waterfront. Even though the construction wasn’t slated to begin for another 20 years, the state’s Department of Transportation was already planning the replacement highway. Its plan for the new version of the highway was simple: Remove the elevated highway and build it again, as a heinous eight-lane intrusion on the city.

It sounds crazy that planners, engineers and government officials would do such a thing. But it’s more frightening that when presented with the opportunity to do something different, they won’t. 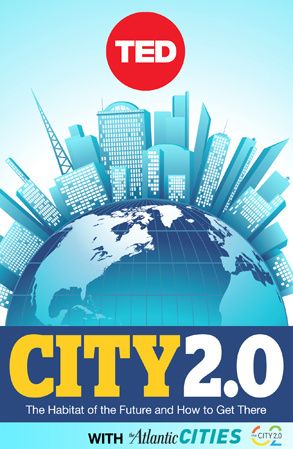 Although my non-profit organization, Next City, and other local advocacy groups have brought attention to this issue through forums, design competitions and other efforts, my meetings with the Pennsylvania Department of Transportation and the metropolitan planning organization have made it clear that these planners are uninterested in changing the highway’s size or location — no matter its deleterious effects on the city. They refused to study other options, calling any changes to the status quo pie in the sky. There was barely money for a highway; how could the city afford to do anything beyond the basics? And they decried my proposal to remove the highway and return part of its footprint to development. They still saw Philadelphia as a weak-market city with a vacant-property problem that could never pull off something so ambitious. As for replacing highway infrastructure with more transit options, I was told that suburbanites wouldn’t have it. To every idea, the answer was no.

But what if replacing urban highways with city-scaled roadways and more transit options weren’t impossible? What if we agreed that we needed to think less about the demands for infrastructure today and plan better for our lifestyles and transportation patterns 50 years from now?

Just look back nearly 60 years, and the story of building interstate highways serves as inspiration. Back then the country looked to infrastructure as a way of growing the economy, generating the revenue that would sustain the growing population.

The Federal-Aid Highway Act of 1956 authorized the spending of $25 billion (more than $200 billion these days) for the construction of more than 40,000 miles of interstate highway over the coming decade. In the face of this dauntingly massive infrastructure project, President Eisenhower and his administration were steadfast because they believed faster, better transportation would heighten Americans’ quality of life, jump-start a new autocentric economic sector, and increase Americans’ lifestyle options. And they were right. The gross domestic product of the country quintupled between 1956 and 2013. The number of automobiles and trucks on American roads now exceeds the number of people living here. The highways spurred vast growth in Sun Belt states like Arizona and Georgia, and spawned new suburbs around the country.

All told, we’ve spent hundreds of billions of dollars on highways, accounting for nearly 50,000 miles of pavement in the country. That’s enough road to drive around the earth — twice. In the end, this highway system revolutionized mobility, expanded the economy and had an enormous impact on the development of American cities.

But half a century after the explosive growth of highways, this particular type of infrastructure has long passed its point of diminishing returns. While the growth of the suburbs engendered by the highway system at one point fueled the housing industry and led to comfortable middle-class lifestyles for millions of people, it also led to sprawling cities that many argue have hurt the economy. For example, the Natural Resources Defense Council conducted research that shows how “location-efficient” neighborhoods, defined by walkable access to amenities and transportation, are less likely to experience high foreclosure rates.

Although highways increased mobility and thereby opened up job opportunities outside the traditional downtown business district (the average American spends 26 minutes commuting 16 miles in each direction), they eventually led to car-dependent communities that ironically limited people’s access to city amenities. Sidewalks, once the thoroughfares of every city, disappeared in the suburbs; now Americans make less than 6 percent of their daily trips by foot and, not surprising, one-third of Americans are obese. The results are unsustainable at the most personal and the most global levels.

But while America changed — the market trending toward urban, mobile lifestyles — highways failed to change with it. Their role of connecting parts of the country hundreds of miles apart is undeniable, but in cities undergoing urban renewal, highways are increasingly problematic. Their blight on cities is generally recognizable as both causing great disinvestment in the area immediately surrounding them and also being particular to the cities they affect.

To read more about urban highways and 11 other issues facing 21st-century cities, check out City 2.0: The Habitat of the Future and How to Get There.