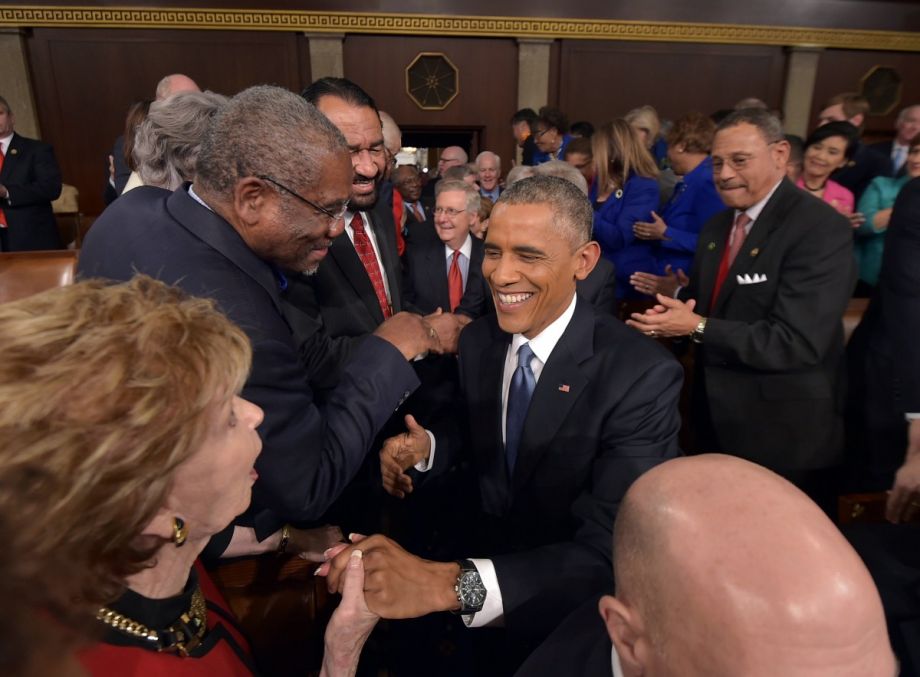 President Obama’s rousing, self-assured State of the Union address last night simultaneously felt like a highlight reel of his accomplishments and a rebel yell to his allies in Congress to continue to fight for the idea that government can make a dent in America’s inequality problem. While he didn’t explicitly call out very many urban issues, here are the three takeaways from the speech that could have the biggest impact on cities.

Central to his speech was the idea that America’s spiritual core is in its middle class. Obama appealed to legislators opposed to minimum wage increases by saying, “If you truly believe you could work full time and support a family on less than $15,000 a year, try it.”

Where the idea of a national minimum wage raise has stagnated, states and cities have been picking up the slack. Seattle passed a progressive $15 minimum wage last year, and Los Angeles, Louisville, Philadelphia, New York and Washington, D.C. are in the on-deck circle .

The President also laid out the reality that workers are not just the sum of their labor, but parts of a whole — they work as a means to provide for their families. Working while raising children in cities means making sure that parents have daycare and early childhood education options. It means investment in transit and infrastructure. And it means setting up small businesses so that they can grow.

As expected, the President pushed his plan to make community college tuition free. “Whoever you are,” he said, appealing to America’s youth, “this plan is your chance to graduate ready for the new economy, without a load of debt.”

He specifically pointed to the Chicago Star Scholarship program launched in 2013 by Mayor Rahm Emanuel. Students who graduate from Chicago Public Schools with at least a 3.0 average and demonstrate readiness for college-level math and English are eligible for grants that would make tuition free to attend the City Colleges of Chicago.

Community colleges are an irrefutable stepping stone out of poverty, especially when combined with targeted career guidance.

Obama addressed issues of police brutality and social unrest with reserve and some finesse. “We may have different takes on the events of Ferguson and New York,” he declared, “but surely we can understand a father who fears his son can’t walk home without being harassed.”

A subtle reference to the controversy that has cleaved the wedge between New York’s Mayor Bill de Blasio and his police force, it was an acknowledgement that black communities feel policed differently than white Americans.

While he did not give a game plan to reform policing practices or directly offer redress for African-Americans, it was still possibly the most inclusive State of the Union ever, with a president uttering the words transgender, bisexual, and lesbian for the first time in a SOTU address. Those looking to hear him utter the phrase “Black lives matter” were disappointed, but he instead appealed to all Americans, saying, “I want our actions to tell every child, in every neighborhood: Your life matters, and we are as committed to improving your life chances as we are for our own kids.”