This Is How Seattle Passed a $15-an-Hour Minimum Wage 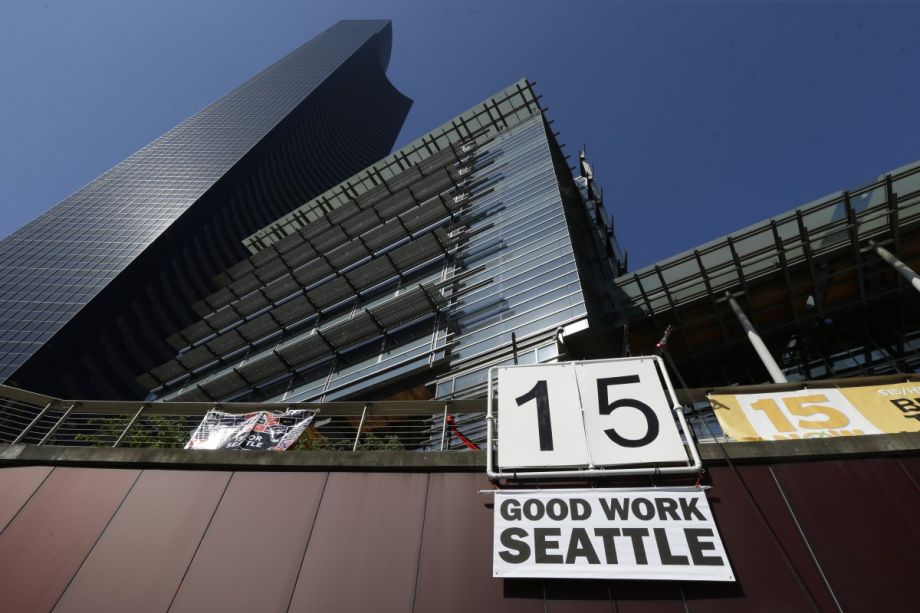 Last autumn, Seattle news headlines seemed to have slipped in from an alternative reality. A Socialist city council candidate took on a powerful 16-year incumbent and won. Weird. Both candidates for mayor endorsed a $15 minimum wage, which would be the highest, arguably, in the world. Weirder still.

As of this past Monday, after a unanimous City Council vote, that $15 minimum wage is a reality. How did this come to pass in Seattle, which had no citywide labor standards until 2011? The story lies in various attempts at movement-building that happened to flower separately but concurrently.

While Seattle has a long history of labor unrest — it’s one of the few American cities with a general strike to its name — unions haven’t been a particularly visible part of the political culture in recent decades. But in 2011, the city passed a mandatory paid sick leave law covering every worker in the city, even as similar efforts in New York City and Philadelphia were stymied. The policy was the result of a coalition between community groups and service sector unions, including UFCW, Unite Here and SEIU (representing hotel, retail and healthcare workers, respectively), and Teamsters Local 117, which includes a mishmash of lower-wage workers that other locals hadn’t been interested in organizing. (As in so many cases, SEIU’s expansive coffers have largely bankrolled the coalition’s efforts, both then and now.) On the community side was Puget Sound Sage, a group with a membership base in communities of color.

The success of the paid sick leave effort emboldened the coalition, which found its next campaign in the $15-an-hour wage that SEIU-backed fast-food strikes were promoting across the nation with much media fanfare. Labor leaders decided to start small in SeaTac, a town that hosts the metro area’s airport, where the labor-community campaign aimed to organize (not unionize) workers to win a $15 minimum wage.

The tactic mirrored other experiments ongoing in Seattle, especially those of Teamsters Local 117. Taxi drivers and Uber drivers are organized into their own dues-supported independent associations, which then pay Local 117 for legal, political and on-the-job representation, but not to engage in official collective bargaining with an employer. SEIU and the Teamsters poured $1.6 million into the SeaTac campaign, a stunning expenditure for a city of less than 30,000 people. (The Seattle Times described it as “an election campaign that’s believed to be Washington’s most expensive ever on a per-voter basis.”) National media began to pay attention.

“From my perspective it’s not about building our membership, it’s about building power for working people,” says Tracey Thompson, secretary-treasurer of Teamsters Local 117. “That’s not a traditional labor view, but that’s really what [paid sick leave] and the $15 minimum wage is about. That’s the focus here in Seattle, mobilizing workers whether they are mobilizing to unionize or not.”

As the SeaTac campaign gained momentum, a different and quite separate movement began a campaign to unseat Richard Conlin, a business-oriented veteran councilmember (and the only councilmember to vote against paid sick leave). With candidate Kshama Sawant, minor leftist party Socialist Alternative ran a superb ground game, canvassing neighborhoods and blanketing the city with campaign posters. Sawant’s platform — higher corporate taxes and a $15 minimum wage — found a receptive audience in the Seattle’s growing population of young (liberal) professionals and working-class communities.

Meanwhile the mayoral race pitted liberal Mayor Mike McGinn against liberal state senator Ed Murray who, to differentiate himself, took up the banner of the $15 minimum wage. Not to be outdone, McGinn endorsed it too. Both Murray and Sawant won, as did the SeaTac ballot initiative (although three-quarters of the workers who were expected to be covered were barred by a judicial challenge).

After the election, the two movements converged, if awkwardly, working toward the same goal. Mayor Murray launched a task force including Sawant and representatives of both business and labor to hammer out the details. The rhetoric used by labor-community groups emphasized the stimulative qualities of a $15 minimum wage. More money in the pockets of workers would mean more money for local business owners, they claimed, especially in immigrant communities where minimum wage job holders are concentrated. The Main Street Alliance, a local small business group, backed the effort while larger business lobbies made conciliatory noises and tried to win exemptions for their industries.

Socialist Alternative and Sawant vowed to preserve a pure $15 an hour and pressed for a ballot initiative that would have eschewed carve-outs for specific segments of the workforce and only allow a three-year phase-in for smaller businesses. The labor and community groups wanted to avoid the ballot initiative because of the legal hurdles that are trapping some SeaTac airport wages in stasis (and, perhaps, hoping that compromise with business would insulate the policy from attack after passage).

“There was some fracture because we felt like [Socialist Alternative] got out in front,” says Thompson. “But they felt like they were setting the left end of the spectrum by putting pressure on city council members that if this thing didn’t happen there was a possibility a ballot measure would go forward.”

Things weren’t entirely cordial on the Mayor’s task force either, as rumors about sweeping exemptions whirled around in the week leading up to the vote. But in the end the policy was unanimously passed out of committee and then by the full council, with a phase-in of three to seven years depending on the size of the business and the generosity of their non-wage compensation. (The wage bump will not be fully extended to tipped workers or those in training.) Despite the acrimony over Socialist Alternative’s push for a ballot initiative, it seems that their uncompromising position provided a far left that made the labor and community groups’ slightly less radical position look far more palatable.

There are still possible challenges. Seattle is in an initiative state, where rich conservatives routinely bankroll professionals to put their issues on the statewide ballots and one has already been submitted to gut the $15 minimum wage. The International Franchise Association claims they will sue to stop the implementation of the wage, which is tailored to include fast-food restaurants and other supposedly small chain businesses. And city-level labor standards often go unmonitored and, as a result, unenforced. One policy possibility is a new enforcement office to help educate workers and enforce the standard.

Still, that’s a good kind of problem to have, considering that the $15-an-hour rallying cry was itself meant to be the far left of the discussion over the minimum wage, more an SEIU pressure tactic than an immediately achievable policy goal. In Seattle, about 100,000 workers will soon be appreciating the difference.