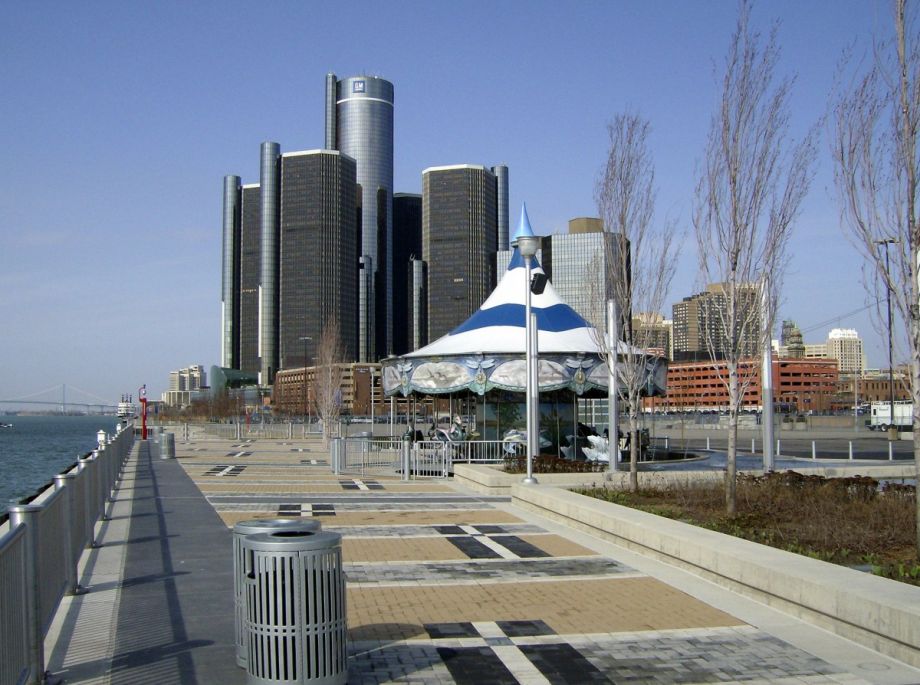 Tallahassee, Florida, is one of the most economically segregated cities in the United States, a country where economic segregation is closely linked to racial segregation. Akron, Ohio, suffers from a similar problem. As does Charlotte, North Carolina. In Macon, Georgia, and Miami and St. Paul, Minnesota, car-centric streets make it difficult and even dangerous to walk and bike. In Detroit and Aberdeen, South Dakota, and Long Beach, California, civic engagement and voter participation is lower than leaders would like to see.

Each place puts its own spin on the problems and solutions, but there is a universality to the big, intractable struggles in American cities. Economic and racial segregation, inequitable neighborhood investment, poorly designed and underused public spaces, insufficient transit, bike and pedestrian infrastructure, and plenty more.

It’s unsurprising that cities share their problems. After all, decades of systemic forces shaped and reshaped America far more than any individual choice. But as three cohorts of Knight Cities Challenge winners from large and small cities all around the U.S. made clear at a conference last week, local leaders often custom tailor solutions to their city’s struggle.

The Cities Challenge is a $5 million grant program funded by the John S. and James L. Knight Foundation. In three years, it funded projects in the 26 cities where the Knight family owned newspapers. The summit last week, in Miami, brought together representatives from the 33 winning projects for 2017, as well as past winners.

This year’s projects include plans to build a pop-up forest on a soon-to-close highway in Akron that divides neighborhoods, a “citizenship kit” that Detroiters will receive on their 18th birthday, an equitable community development project in Philadelphia, and a project to convert an abandoned parking garage in downtown Macon into a public plaza.

Look at all of the grantees in a room and you see a common theme: Community leadership and buy-in is a key to success.

Mifflin Square Park in South Philadelphia used to play host to unlicensed food vendors cooking up Southeast Asian cuisine. Last summer, after two nights of gun violence in the park, Philadelphia police stopped turning a blind eye to the underground food scene and shut the vendors down. A group of nonprofits, including 2017 Knight grantee SEAMAAC (which serves immigrants and refugees) is now working to redesign the park and bring back vendors in an official capacity.

In addition to hosting workshops to gather design input from the neighborhood, the groups are hoping to recruit the old vendors to return.

“Food can be a real connector so part of the reason for the vendor build is to bring more people to the park and create a little economic opportunity for them,” says Andy Toy, SEAMAAC development and communications director. “We’re not importing people from outside the neighborhood to make food, we’re finding locals. They’ve done it before so we believe it’ll be successful.”

“People want the stuff they see in other cities so they have a sense of ‘my city is as cool as New York or wherever else,’” says Rachel Frierson, the conservancy’s programs manager. “For us it’s really important to bring those amenities to people who maybe can’t experience those things in other cities. But we put our own spin on it that reflects our own communities. … Our goal is to get Detroiters to understand and enjoy this space first and foremost.”

It’s not that cities need to reinvent the wheel every time they try to fix something. After all, the commonalities of the problems mean there are commonalities in the solutions — whether design, policy or programming. But there is likely no solution that can be taken from one city and implemented as-is in another. That was one of the major lessons from University of Chicago’s Place Lab.

The Place Lab is documenting ethical urban redevelopment strategies that are linked to arts and culture. “You can’t just parachute into any city and replicate our project,” Place Lab COO Lori Berko says.

But every city suffers from inequitable development that contributes to gentrification, displacement and erasure, and there are lessons from Place Lab’s work on ethical redevelopment that can be tailored to any city. In recognition of that, Place Lab produced a guide to the 9 Principals of Ethical Redevelopment.

Granted, if one of the lessons of the Knight Cities Challenge winners is that solutions must be rooted in local community leadership, there is room for improvement. In many cases, the grantees are a middle layer between the funding and the communities the projects are meant to serve.