Here Are the 33 Knight Cities Challenge Winners – Next City 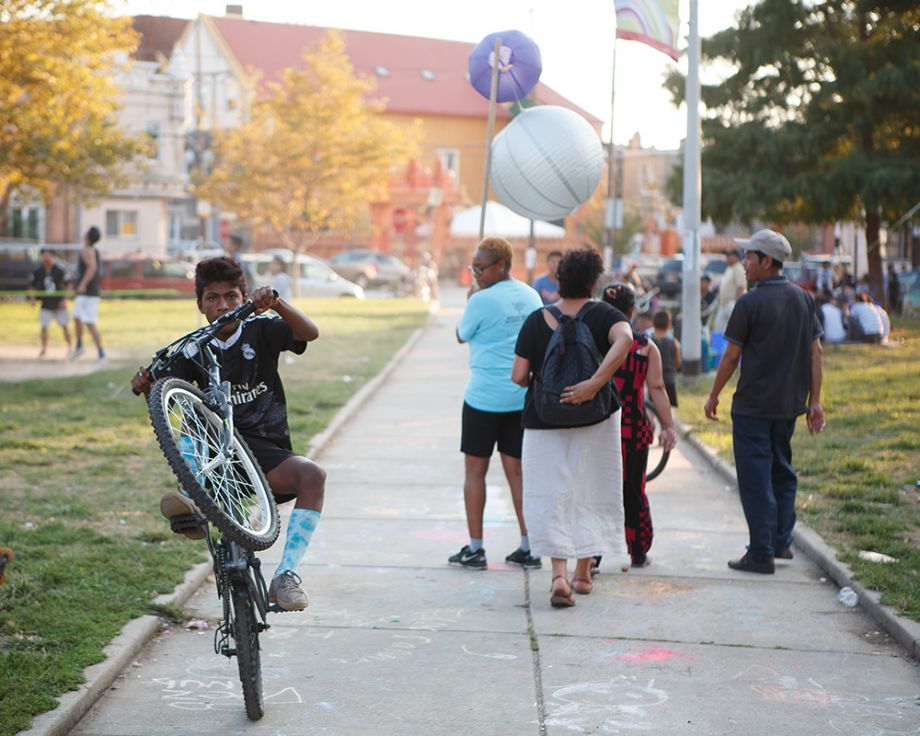 Thirty-three ideas for U.S. cities — ranging from mural projects to ice skating paths to mobile voting booths — will get funding to become a reality from the John S. and James L. Knight Foundation.

Now in its third year, the Knight Cities Challenge awards $5 million to help bring ideas for parks, open gov, urban investment and more to fruition. Projects come from individuals, universities, governments and nonprofit groups in any of the 26 target communities where the Knight family has run newspapers.

Like previous years, the winners — selected from 144 finalists — include both significant undertakings, such as a plan to activate 12 empty storefront spaces in Palm Beach, Florida, or repurpose a closed Akron freeway, and more modest proposals that use existing infrastructure, such as another Florida city’s aim to use spaces like bus stops to encourage civic participation.

“These Knight Cities Challenge winners will help to create avenues for people to contribute to their community. Their ideas propose to bring together diverse residents, ensure talent thrives and connect people to place, giving them a stake in city-building,” George Abbott, Knight Foundation director for community and national initiatives, said in a press release. (Abbott’s also a Next City Vanguard.)

Here, some of the interesting concepts that secured funding.

City Church Ruins Garden, $163,333 (submitted by city of Gary Redevelopment Commission; submitted by Samuel Salvesen): Following in the footsteps of Salon 1861 in Montreal and St. Mark’s Evangelical Lutheran Church in NYC, a downtown Gothic church in Gary will be the latest vacant church to receive a second life. The historic, abandoned church will become a ruins garden and event space.

Happy 18th Birthday! Local Citizenship Kit by CitizenDetroit (submitted by Sandra Stahl): On the day they become eligible to vote, Detroit residents will receive a “citizenship kit” in the mail.

The Grand Forks Freezeway, $141,140 (submitted by Nicholas Jensen): A number of cities already convert their canals into ice skating lanes during colder months, but the Freezeway will instead transform some of the city’s bike lanes.

Speak Up Bradenton, $32,000 (by Manatee County Government; submitted by Simone Peterson): Bringing civic participation to where residents already are, Bradenton will create opportunities to participate in government decision-making at non-traditional settings such as bus stops and other public gathering places.

Vendor Village in the Park: Vending to Vibrancy, $175,478 (by Southeast Asian Mutual Assistance Corp. [SEAMAAC]; submitted by Thoai Nguyen): The Mifflin Square Park area has long been home to immigrant communities, including Cambodians, Bhutanese, Italians and Latinos. A new marketplace in the park will give an economic boost to these communities by featuring their cuisine.

PHL Participatory Design Lab, $318,150 (by city of Philadelphia; submitted by Liana Dragoman): A mobile participatory city design lab will travel across the city to give Philadelphians in different neighborhoods the opportunity to weigh in on how to improve city services.

Horizontes, $100,000 (submitted by Armando Minjarez-Monarrez): New murals will adorn an industrial corridor separating two neighborhoods, encouraging residents to reflect on what a “new horizon” for the neighborhood would look like.