Can Freeways Make a City More Resilient? – Next City 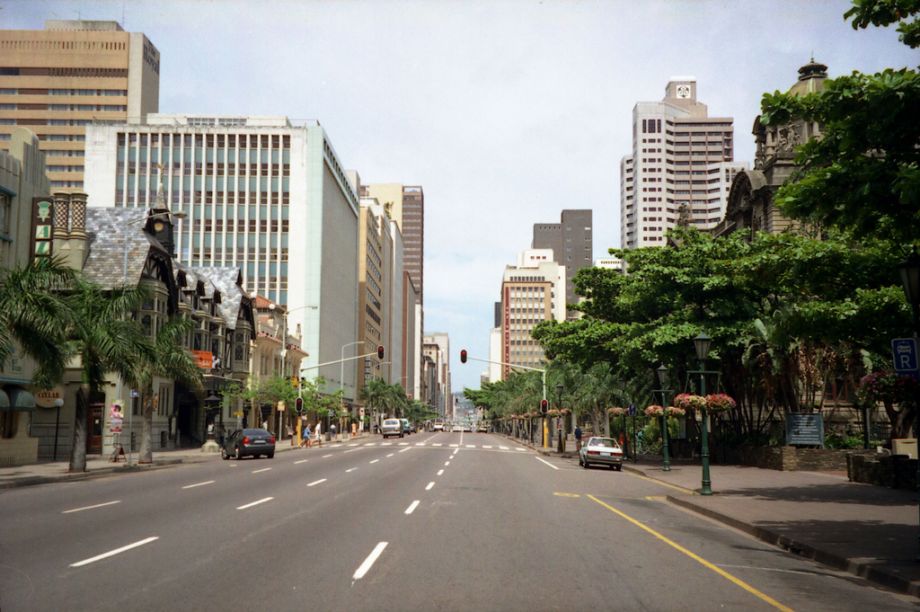 According to city council speaker Logie Naidoo, Durban is the last major South African city that isn’t completely strangled by traffic. But in very recent years, the multi-kilometer jams so familiar in Cape Town and Johannesburg appear to be creeping into Durban, as well – a trend that the city wants to nip in the bud.

Journalist Annie Dorasamy lives in the neighborhood of Phoenix, an area that, until fairly recently, was just a quick 20-minute drive from downtown Durban. Today, she says, she can spend up to an hour crawling her way through the route’s traffic jams. “It’s crazy,” says Dorasamy, who now often sculpts her commuting schedule around rush hour. “You don’t want to be stuck in that logjam.”

After a decade of rapid development, however, most Durbanites are.

In the first decade of the new millennium, housing developments in Durban mushroomed, especially in the northern suburbs. To deal with the population boom, transport officials successfully lobbied the national and provincial governments to plow $160 million into two new massive interchanges on the N2 highway running along Durban’s northern spine.

At about $80 million each, the interchanges at Umgeni River and Umhlanga are monster pieces of construction. Once completed – the Umgeni interchange will be done in December and the Umhlanga interchange in 2016 — they’ll each have three flyovers (elevated highways) carrying six lanes of traffic. They’ll also mark the city’s fourth and fifth “spaghetti junctions.” Major electrical lines are being relocated, and one of the four new bridges (in Umhlanga) will be 26 meters high and 947 meters long, making it the longest incrementally launched bridge in South Africa. All this new construction amounts to a road-building boom –- the last flyover in downtown Durban was built ahead of the 2010 Soccer World Cup, and the one before that came about 30 years ago.

The interchanges, according to the South African National Roads Agency Limited (SANRAL), will create “single loop, free flow” systems that promise to reduce congestion and delays and improve road and pedestrian traffic. But in the meantime, the construction is grinding Durban to a halt. SANRAL says 40,000 vehicles enter or leave the N2 from adjoining roads in the north every day, resulting in a “substantial queue of vehicles.” This is made worse during construction of the new interchanges because traffic has to squeeze through tighter lanes and corners. Major disruptions “cannot unfortunately be prevented,” SANRAL said in a recent statement. “Frustration is an unfortunate by-product of improving roads.”

Carlos Esteves is Durban’s deputy head of road systems management. He says the tens of thousands of motorists using the northern corridor every day experience significant delays because of the upgrades. But he, too, insists that the new interchanges will lay the groundwork for easier traffic flows. “The city has limited space for new roads. We either had to wait until we reached maximum capacity or we had to upgrade the outer ring roads.”

All this construction is, ultimately, meant to perpetuate Durban’s construction boom, which, as is the case in many cities, has become a key component of the metro region’s growth. “We’re driving development in certain areas, especially north around Cornubia (a large new, mixed-use development) and Umhlanga.” The N2 opens up growing residential, commercial and industrial development opportunities to the north, where there is land to grow. This kind of growth — greenfield development and car-oriented transport — isn’t exactly what one thinks of as resilient, but Esteves insists it’s necessary to keep the city viable and growing now so that it can build more resilient infrastructure in the near future. “This was our window to strategically deal with the future-proofing transport. It’s our last chance to upgrade before the big public transport push.”

The centerpiece of that public transport push is the recently announced $2 billion Go Durban initiative, a radical makeover of the city’s transit systems that will ensure Durban can cope with the doubling of its current 750,000 daily commuters in the next 20 years. The plan is to widen roads, bolster rail, add dedicated bus lanes and ensure that the city’s 9,000 kilometers of roads aren’t choked by gridlock.

“We can’t have people as frustrated as they are,” says Esteves. “But they do need to realize that Durban is going to keep on growing and there’s no more space for roads. Citizens have to get their heads around car pools, catching the bus or the train.”

Still, more roads means more pollution in a city that’s struggling to stay green. “To be resilient we have to reduce our carbon footprint. This means a land densification strategy and clever transport systems,” says Esteves. And he adds that these new elevated highways are the last of their breed in Durban. “In 15 years there will be no more interchanges. This is it,” he says. “The traffic jams are irritating, but the upside is that we get a chance to change people’s mindsets about public transport, lift clubs (car pooling groups) and living closer to work.”

City council speaker Naidoo, who represents the area incorporating the interchanges, says a balance needs to be struck between long-term planning and short-term needs. “A productive and happy city is one where people can get around quickly and easily. We’re always aiming for that and I think motorists who are suffering now appreciate that. But in the long run I believe it is making people think carefully about where they want to live and work. Fuel costs are rising and people want quality of life. That’s the future we need to work towards. Our transport improvements will help deal with the stress that comes with a growing city. It is future-proofing Durban to a degree, but really, what we need are more jobs closer to home.”