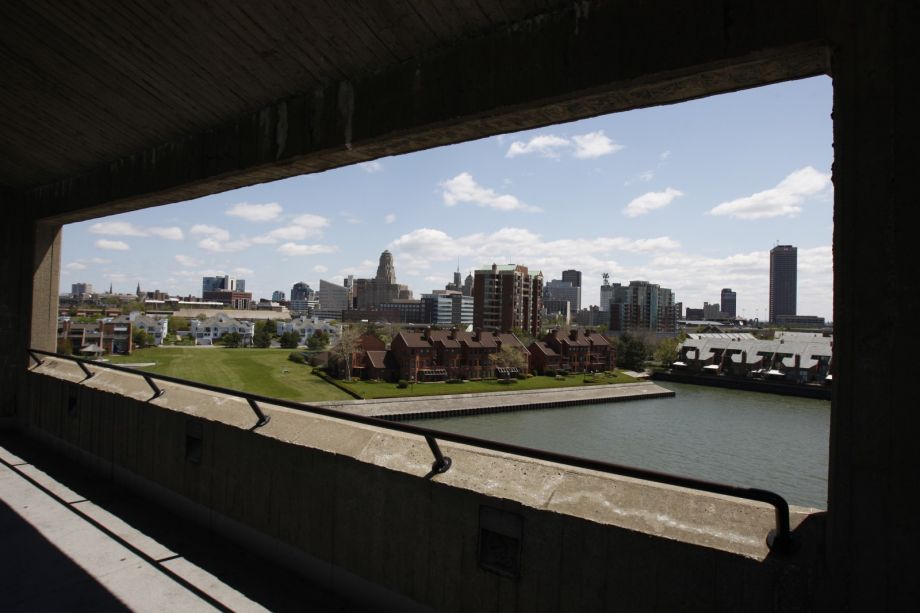 “Have you seen Buffalo lately?” That was the oft-repeated response I gave to people who asked me why I went to Buffalo in July to speak at the Buffalo Urban Futures Forum, hosted by CannonDesign in partnership with Next City.

Tree-lined streets, solid housing stock, a renewed interest in pedestrian and bicycle transportation, investments in people and buildings, and an enthusiasm for the future make “The City of Good Neighbors” a city to watch. Although a shrinking city — Buffalo reminds us that legacy cities are too valuable to pass by.

Bringing together local leaders who are key to Buffalo’s recent resurgence, the forum explored what comes next regarding urban development, infrastructure investment, sustainability and innovation for the city. These leaders from Buffalo’s strongest businesses, institutions and nonprofits thought boldly about how the city can capitalize on its recent resurgence for an even brighter future. More importantly, the forum set the stage for a larger effort where public, private, nonprofit and academic institutions will work collaboratively to present the new Buffalo.

“Our vision was established: to revitalize the waterfront and restore economic development. For us, it was all about public access,” says Tom Dee, president of the Erie Canal Harbor Development Corporation. Through public and private investment, Buffalo’s Inner Harbor has been transformed into Canalside — a mixed-use urban entertainment destination. In 2014, ECHDC acquired approximately 350 acres of property owned by the Niagara Frontier Transportation Authority, creating Buffalo Harbor State Park. The following year, the Queen City Bike Ferry connected pedestrians and bicyclists from Canalside to the Outer Harbor, with over 50,000 riders in its first year of operation. “Over the next decade, I’d love to see our waterfront become known as one of the best in the world,” says Dee.

I know what you’re thinking: What about the legendary winters Buffalo is known for? I’m happy to report Buffalo has a response, engaging the owners of the football and hockey teams in redevelopment that Buffalonians can enjoy. “We’re having a lot of fun with our new projects and we like it even more because we’re partnering with our neighbors,” said Frank Cravotta, executive VP of creative services for Pegula Sports & Entertainment Group.

Their proposed makeover of 79 Perry Street and 55 Illinois Street, a five-story building in the Cobblestone Historic District, will be anchored by Labatt USA’s office and a ground floor restaurant/brew pub. Pegula Sports and Entertainment will relocate its offices there, and apartments will be created on the fifth floor, all within walking distance of the Sabres arena. With several vacant parking lots and buildings nearby, this district is ripe for redevelopment.

Fortunately, Kelly Hayes McAlonie, director of capital planning at SUNY Buffalo, is thinking about planning and design. “I spend a lot of time studying Buffalo between 1880 to 1910,” she says, “and in that time, Buffalo brought in the very best architects in the world: Daniel Burnham, Louis Sullivan, Frank Lloyd Wright and I’m just going to ask you — what top tier architects are we bringing in now? We want and expect to be a top-tier city and I think we once again should be audacious. We should celebrate design the way we did 120 years ago.”

But Buffalo is more than its downtown and its new zoning code — which promotes density and made Buffalo the first city in the U.S. to eliminate parking minimums — will only be successful if the city employs inclusive implementation strategies. Rahwa Ghirmatzion, director of programs for People United for Sustainable Housing (PUSH Buffalo) kept the focus on neighborhoods and people. “What we really need to look at as we’re having these conversations is how do we strategically and intentionally invest in (all our) communities and in (all our) youth, and in those sorts of older, disadvantaged workers to make sure we’re upscaling them and training them in productive ways that will pay them family sustaining wages,” she says.

PUSH Buffalo is a local membership-based community organization fighting to make affordable housing a reality on Buffalo’s West Side. On a tour, I saw first-hand the power of community organizations as well as investments that spur additional public and private investment. “We need to do more of that. It needs to be serious and intentional and it needs to be now,” said Ghirmatzion

Talent is another commodity in ample supply in Buffalo. Eileen Morgan, chief human resources officer for Delaware North, one of the world’s largest privately held companies, noted, “Buffalo is a great place to recruit from. Telling the Buffalo story is less and less of a challenge every week and every day. The resurgence has just been amazing — it’s really about building awareness about all the city has to offer. Because, when we recruit people into our roles, they bring their families. They’re living here, they’re working here — it’s not just about the job opportunity. It’s about schools, entertainment, sports — it’s critical we recognize we’re all invested in the city’s future together.”

Building on that talent, Buffalo has a $5 million prize competition offering free incubator space, tax breaks, and some fierce ping-pong, according to Bill Maggio, partner at Lorraine Capital and Chairman of 43North. Founded in 2014, 43North was made possible by Governor Andrew Cuomo’s Buffalo Billion initiative.

“The evolution of everything that’s happening in Buffalo is making it easy for 43North to bring companies here. Having people come to Buffalo is the least of their concerns. Their concerns revolve around raising money, advancing their discoveries, mentorship … What we need is mentorship and so what 43North is doing is going outside Western New York and we’re convincing people who had a connection to Buffalo to come back and mentor these young companies. Mentorship is critically important for us to achieve transformation.”

On its website, 43North boasts, “Winners are helping to fuel a remarkable story that’s well underway — the renaissance of a great American city. Buffalo, New York, is poised to show the world what a 21st-century city looks like, and that it’s a fertile ground for visionaries, pioneers, dreamers and doers.”

All of this serves to answer the question Next City raised in 2009: Has Buffalo hit bottom? Or is it rising again? Prior to the forum, I toured Buffalo with CannonDesign’s Christopher Whitcomb. With a heavy downpour of rain, we witnessed hearty Buffalonians walking and bike riding. Definitely not “America’s emptiest neighborhood.” Definitely rising again.