Is Austin Ready for Personal Rapid Transit? – Next City 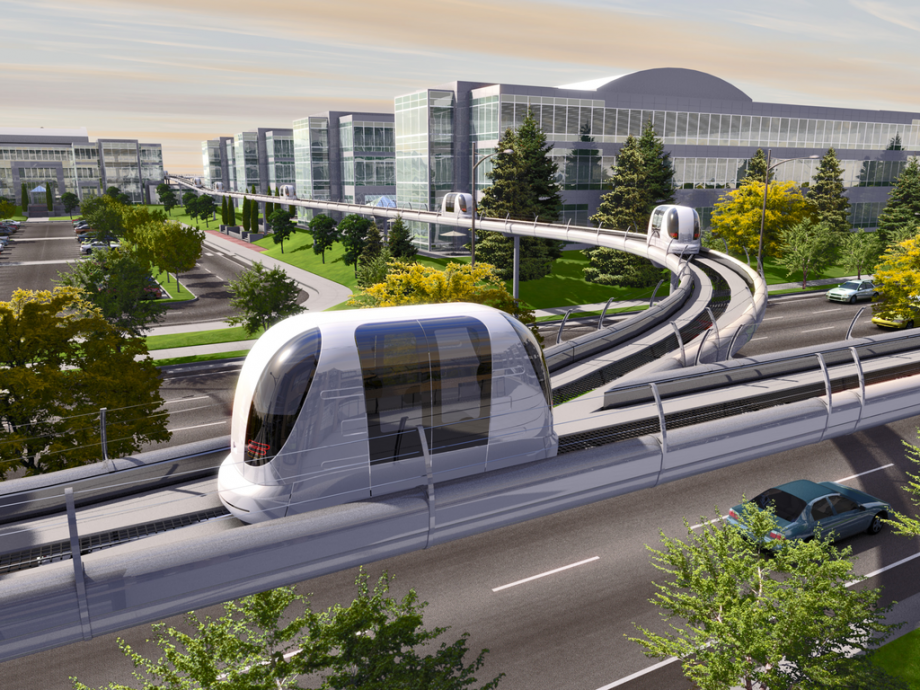 An Austin entrepreneur is pitching a “personal rapid transit” (PRT) system that would see the city’s residents commuting in small, automated vehicles with a decidedly futuristic look.

Garriott Enterprises, led by the space-traveling Richard Garriott (he bought a ride to the International Space Station in 2008), is working to attract investors and political support to make the cars a reality, the Nashville Business Journal reports.

Austin commuters are struggling increasingly with traffic gridlock as the region’s population booms, and a proposed light-rail line was rejected by voters last fall. As Josh Cohen reported for Next City in May, a transportation association in the city conducted a pilot program to test whether impromptu “street counseling sessions” with passersby could persuade people to consider other modes of transport.

A PRT system would run on guideways, and the car-size vehicles would be on demand and non-stop.

“Richard is confident that people who have and have not used mass transit in the past will support and ride PRT because it is on demand, full speed point-to-point, private and not substantially subsidized like most public transit systems,” Garriott spokesperson Cathy Conley told the Austin Business Journal. “Richard has done extensive research and traveled to cities where potential traffic solutions were in development and concluded, based on the evidence, that PRT systems are the future of urban transport.”

According to Austin Business Journal:

Garriott has long been an advocate for a PRT system to serve Austin, leading a group called Austin PRT that, in 2010, commissioned and published a report that fully fleshed out design and route alignment options for a PRT system serving the University of Texas.

Conley claims that with the right amount of stakeholders and political approval lined up, building a PRT system in Austin could take as little as three years.