Sprawltastic Houston Is Densifying and the Courts Can’t Stop It 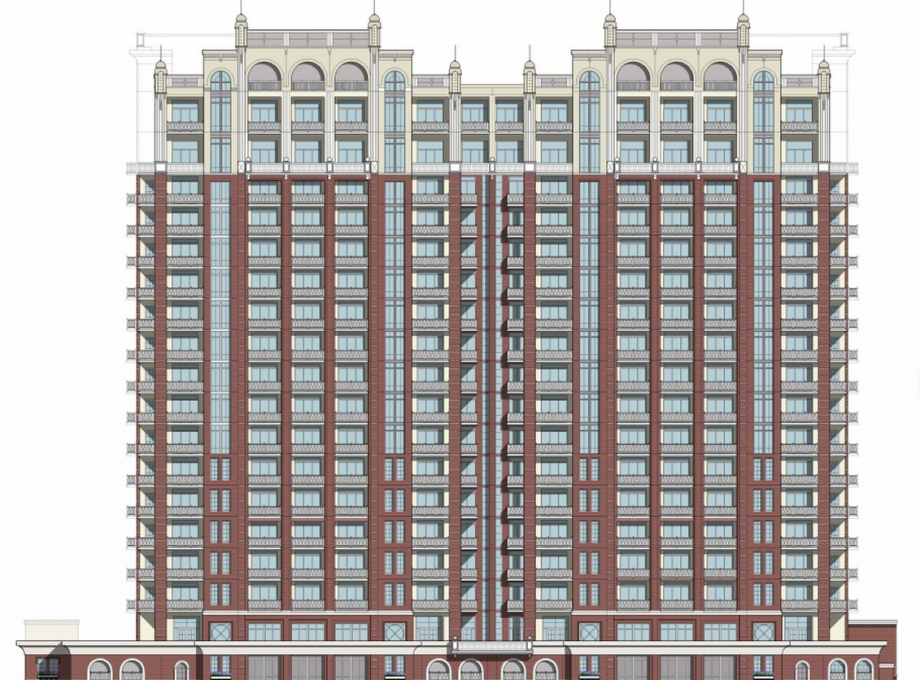 A judge ruled the 21-story Ashby high-rise apartment project, above, to be a nuisance for 20 Houston homeowners.

Houston’s reputation as a development free-for-all — it is by far the largest U.S. city without a zoning code — took a hit recently, when a judge upheld a jury award for “lost market value damages” to 20 single-family homeowners near a 21-story apartment building about to rise near Rice University. He denied the neighbors’ request for an injunction preventing construction of the Ashby high-rise at 1717 Bissonnet Street, but he did award them $1.2 million, ruling that the tower is indeed a nuisance. The decision was not well received by the local real estate industry, and led to headlines like Opposition Mounts to Houston High-Rises in the Wall Street Journal.

Though Houston is not quite as unplanned as its reputation — it doesn’t have zoning, but it does have a number of other planning rules — the city’s generations-long pattern of growing outward without densifying the core is starting to reverse itself.

Starting in the mid-1970s, Houston actually had one of the most draconian zoning regimes in America. The city grew rapidly after World War II, and the demand for sewage outstripped capacity. State and federal officials stepped in, and the city responded with the sewer moratorium, as it was known. In 70 percent of what were then the city limits, residential development was heavily restricted. Downtown office towers were allowed to still rise, but any more than seven apartments or five single-family homes triggered a review.

The restrictions were gradually lifted as new sewer capacity came online and didn’t last more than about a decade, but the moratorium started in 1974, and the 1970s were crucial in Houston: Around 275,000 new units were built within the city limits and 375,000 in the county, more than any decade before or since. Massive numbers of low-slung apartments were built in the southwestern part of the city to house the young workers pouring into the city to work in the booming oil industry, in complexes just outside of the sewer moratorium area.

Small infill builders couldn’t get necessary permits, and inner-city neighborhoods near downtown like Montrose and the Heights didn’t see the sort of dense development that is the market’s normal reaction to rising demand. “Developers are being forced to abandon the inner city where densities should be increasing,” two builders told Cite magazine in an article about the massive building moratorium. “Instead, to survive, they must develop outside the city and further perpetuate Houston’s urban sprawl.”

Three townhomes out of a cluster of a dozen in Montrose, with garages fronting on a narrow alleyway in between.

Houston had to wait until 1998 for another major development restriction to disappear: anti-townhouse rules. Until the real estate industry successfully lobbied in the ’90s to allow denser development, single-family detached homes had to sit on a full 5,000 square feet of land, while attached single-family homes — townhouses — had to sit on 2,250 square feet of land, much more than in even other Sunbelt cities, making development uneconomical. Like the sewer rules, they were the hardest on small builders, who find it much easier to build and finance a half-dozen townhouses than a large apartment building.

Since the minimum townhouse lot size has been dropped to 1,400 square feet, the attached houses have been popping up all over Houston’s inner-Loop. The townhouses are not always popular, with the treatment of their garages — each requires two parking spaces according to the city’s non-zoning code — coming in for most of the criticism. But despite their design defects, the attached homes are adding real density — filling in the holes in neighborhoods like Midtown, Montrose and beyond, and packing bodies within walking distance of shops, restaurants, light rail and frequent bus routes.

Almost-attached townhouses in Midtown, a neighborhood south of downtown that’s seen the most intense growth in the building type of any Houston neighborhood.

And the design isn’t always so bad. Some developers have managed to make the homes look quite attractive, with styles ranging from traditional (which, at least to my eye, is usually awful, with cheap-looking vinyl siding and boring brick patterning) to modern (which I find generally easier to pull off in Houston these days). The best townhouses even tuck the garages into narrow alleyways, leaving only doors, windows and walls facing the main streets.

The townhouses have not been welcomed everywhere, and an increasing number of neighborhoods are reinstating minimum lot sizes, block by block, which they can do with the permission of a majority of homeowners on each blockface. “The Greater Heights,” northwest of downtown, has been the most eager to limit the spread of townhomes, but some of the most desirable neighborhoods west of downtown still have deed restrictions, a (mostly) voluntary longterm agreement among neighbors to limit redevelopment of single-family neighborhoods.


What the city has not liberalized much, though, is its parking requirements. Like its peers in the Sun Belt with zoning, two spaces are required for every single-family home, and anywhere between 1.25 spaces (for a studio) to two spaces (for three or more bedrooms) for each apartment. The city, however, is so car-oriented that developers wouldn’t dream of building without any parking at all, and often build more than is required, so it’s hard to know what effect these requirements really have. But as Houston gets denser and strengthens its transit network, some developers downtown, where no parking is required, may experiment with parking-lite towers and mid-rises, while townhouse and apartment builders elsewhere may find the minimums increasingly onerous.

On parking, Houston’s Planning & Development Department sent mixed signals in last year’s new ordinance. On the one hand, they hiked the amount of required parking for new bars and restaurants, something proprietors in the trendy Montrose neighborhood fought bitterly. On the other hand, the downtown zone, where no parking is required, was expanded to include the small Warehouse District to the north, and small reductions in residential minimums were offered to those who provided space to keep bikes or used shared parking arrangements.

The Ashby high-rise case was a setback for the development industry, but not a fatal blow. The developers have already broken ground and will appeal the damages upheld by the judge. And the tower will be far more out-of-scale than most — 21 stories in a single-family neighborhood, nearly as wide as it is tall — and located in a very wealthy neighborhood. While some fear that the judgment will embolden other homeowners to sue for damages, it’s worth noting that every attempt up until now has failed, and the vast majority of other dense developments have gone up around the city without a fight. Even if the Ashby case sets a precedent, it would only affect the rare, very large project in very wealthy, pristine single-family neighborhoods, and it won’t impose much of a tax — at 1717 Bissonnet, the judgement only works out to a few thousand dollars per unit.

The judge suggested in his decision that the city adopt a zoning code, but a lot of money has been staked on land without density restrictions, and Mayor Annise Parker’s spokeswoman told the Wall Street Journal that the mayor thinks it’s “way too late for zoning in Houston.” While there may be bumps in the road, over the long term, Houston has become considerably more friendly to dense infill development, and will likely continue the trend.