U.S. Architects Push Back on Call to Work With Trump – Next City

U.S. Architects Push Back on Call to Work With Trump 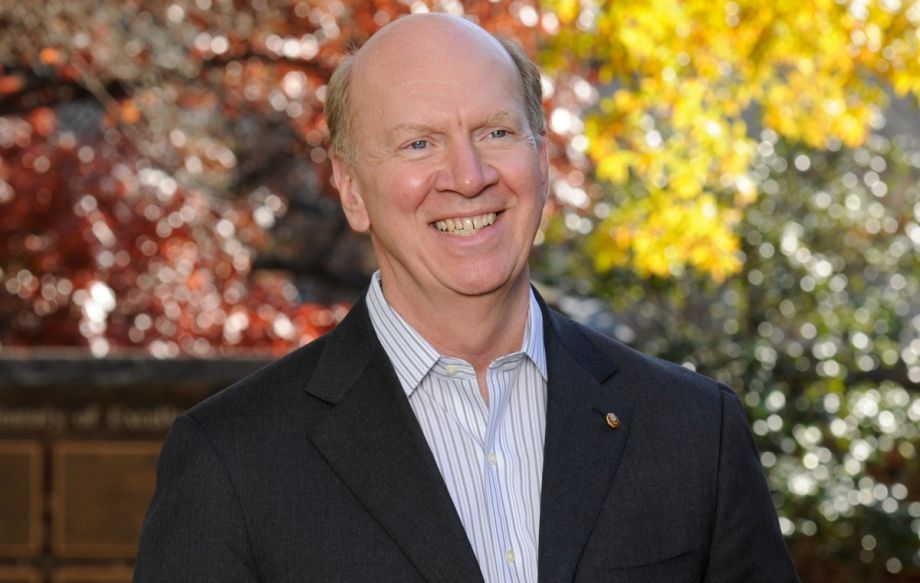 Shortly after Donald Trump secured his place as president-elect last week, the leadership of the American Institute of Architects (AIA) followed suit with Hillary Clinton and Barack Obama and even, to a lesser degree, Bernie Sanders: They fell in line.

AIA Executive Vice President and CEO Robert Ivy released a statement to signal support on behalf of its membership, stating that the organization and its 89,000 members are “committed to working with President-elect Trump to address the issues our country faces,” not least of them the country’s faltering infrastructure.

But many AIA members are angry with the show of support, arguing that because Trump has made his living in real estate, and because of the nature of his proposals (such as building a border wall), the architecture community is uniquely aware of the threat he could pose.

In a statement titled “Architecture Against Trump,” AIA member Michael Sorkin wrote, “We are dismayed at the temperate, agreeable, indeed feckless, statement that the director of the AIA has issued on behalf of — although clearly without any consultation with — its membership on the election of Donald Trump.”

“Trump’s well-documented history of racial discrimination, tenant harassment, stiffing creditors (including architects), evasive bankruptcies, predilection for projects of low social value — such as casinos — and his calculated evasion of the taxes that might support our common realm are of a piece with his larger nativist, sexist and racist political project,” he continued.

The letter outlines five areas in which the architecture community should be prepared to hold the president-elect accountable: climate change, infrastructure investment, research and education, equitable distribution of resources and affordable housing for all.

Sorkin takes aim in particular at the idea that supporting Trump on infrastructure investment is a neutral position. Ivy’s statement pointed to Trump’s campaign promise to spend at least $500 billion on infrastructure over the next five years, expressing hope that “investments in schools, hospitals and other public infrastructure [will] continue to be a major priority.”

But given Trump’s positions on the environment, and his choice of a person skeptical about climate change to lead his EPA transition team, Sorkin worries all that money could be poured into projects based on systems that are already obsolete. “We certainly need to repair lots of roadways and bridges and, especially, to repair crumbling sewer and water systems. But is [this] the best we can do?” he asks.

“We also need to think about the infrastructures of the future, those that will reduce our reliance on the automobile and conduce sprawl and other increasingly unsustainable urban forms. How much of that half trillion Trump proposes to spend will go to public transit? How much to reconfiguring our imperiled coastlines? … Has Trump given 10 minutes thought to a future that doesn’t conform to the worst practices of today?”

After many of AIA’s members — and the Architects Newspaper — came out in angry opposition to the statement, Ivy issued a response, arguing the organization had only meant to heed Obama’s call for unity. But the criticism continues. Members have taken to voicing their dissent on Twitter using #notmyAIA. Multiple architecture and design groups have issued statements rebuking the organization’s stance.

AIA statement failed to include commitment to diversity, inclusiveness, and the environment. Why? #NotMyAIA

In response to Robert Ivy and the The AIA’s statement on Trump. And, more broadly, a statement on our plan to act moving forward. pic.twitter.com/7d4UuSZ8TB

After reading this list of Trump’s misdeeds to #architecture & #architects, why acquiesce to him? https://t.co/wxKG3Ephe7 #NotMyAIA

84% of registered architects are or WERE AIA members. Membership renewals were delivered this week. That $ going to charities. #NotMyAIA

Sorkin concludes, “Trump’s agenda — and that of his allies — will only accelerate the privatization and erosion of our public realm in both its social and physical forms and practices. We call upon the AIA to stand up for something beyond a place at the table where Trump’s cannibal feast will be served! Let us not be complicit in building Trump’s wall but band together to take it down.”