Which 2016 Presidential Candidate Has an Affordable Housing Solution? – Next City

Which 2016 Presidential Candidate Has an Affordable Housing Solution? 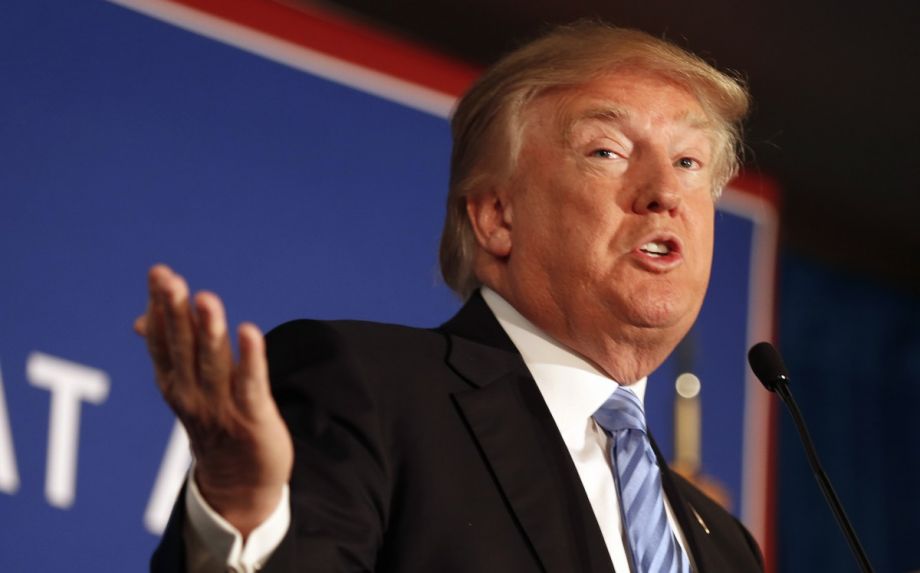 Last October in New Hampshire, at a forum hosted by the J. Ronald Terwilliger Foundation for Housing America’s Families, 2016 presidential candidates — Republicans and Democrats — were asked to give their views on housing issues facing the country in post-Great Recession America. More specifically, about the potential crisis that sees Americans spending too much of their earnings on housing, a canary-in-the coal-mine indicator that ripples across the entire economy in terms of consumer spending and government entitlement program funding and just about everything else.

Republican presidential candidate and New Jersey Gov. Chris Christie noted that there needs to be a “new direction” in federal housing policy, and “I’ve seen the effect that housing has had in my state, or that lack of housing has had in my state, and I think we need to fix it.” But when asked why housing is not a big issue in the campaign, Christie said it is “not the sexiest issue in the world” and that the topic of affordable housing “kind of depresses people.”

Christie may be right in one respect: The numbers are kind of depressing in the current and future housing trends. In a study released last month, the Joint Center for Housing Studies of Harvard University found some disturbing data. Between 2001 and 2014, rents nationally rose 7 percent while incomes fell by 9 percent. That means that those paying more than 30 percent of their income on rent rose from 14.8 million in 2001 to 21.3 million in 2014, and those paying more than half of their income rose from 7.5 million to 11.4 million.

Over the next 10 years, the Harvard researchers expect the numbers of “severely burdened rental households” to grow by 11 percent. More rent-burdened Americans means less spending on cars and furniture and entertainment. So while some consider the current trends of increased rentership and higher market prices as an issue only affecting the poor, the economic impact is far more reaching.

At this point in the campaign, however, it is difficult to find any specifics from the presidential candidates that look close to a solution. While Christie has advocated fixing the affordable housing crisis in New Jersey, critics in that state have pointed out that many public housing programs have been dismantled during his governorship. The other Republican candidates still in the race have been largely silent on the issue, and Democrats Hillary Clinton and Bernie Sanders have been rather vague on whether they support a focus on renter subsidies or tax credits for real estate developers or some combination.

Democratic candidate and former Maryland Governor Martin O’Malley has proposed doubling the Low-Income Housing Tax Credit, which helps developers finance projects that include affordable units. In his agenda for cities, O’Malley posits that greater investment in the program “will help build or preserve up to 80,000 additional, affordable rental homes each year, while supporting tens of thousands of good-paying jobs in communities across the country.”

The rental housing crisis is a direct result of the housing bubble burst over the last decade. And as America slowly recovers, developers are building luxe housing because that’s where the money is.

“The problem is, of course, this emphasis on higher-rental housing projects increases the cost of housing for everyone,” says Chris Herbert, managing director of the Joint Center for Housing Studies of Harvard University. “And it is not good for this country on many levels — the economy, spending on government programs, basic quality of life — to have such a large part of the population sending half of their income each month on rent.”

“And those affected most are the elderly, the disabled, and the younger workers who are the backbone of this country’s economy and future,” Herbert continues. “Our housing policy needs to be formulated in terms that it is part of a larger platform for people to get ahead, get education and job training and to be able to save some money. And politically, the message needs to be that this is not a handout, but an important hand up, the same type of help we have given to people in the past in getting better and affordable housing.”

Whether affordable housing will become a big issue in the 2016 presidential race is tough to say right now. According to a poll of New Hampshire voters last fall, 88 percent believe that housing affordability is a problem, with 34 percent considering it a “very serious” problem. About the same amount (82 percent of those polled) believe it has become much more challenging for younger people to become homeowners in New Hampshire because of issues like student loan debt and tougher mortgage standards.

And along those same lines, 75 percent of New Hampshire adults said candidates should focus on housing, with 35 percent indicating they would be more likely to vote for a candidate who put forth a specific plan to address housing affordability.

But the reality is that most news outlets seem to be disinterested in issues that go beyond Donald Trump’s heavy-handed security at his rallies, Ted Cruz’s mother’s birth certificate, and how comedian Tommy Chong (of Cheech and Chong fame) is now backing Bernie Sanders. In fact, the only time the issue of rental housing has made big headlines in this race is over the news Bill and Hillary Clinton spent $100,000 to rent a vacation home in the Hamptons on Long Island for two weeks last summer.

It isn’t terribly surprising that in this current environment, where the candidates and media seem to be enamored with whatever Trump has said or tweeted recently, an issue like housing prices — which affects every American in some way or fashion — hasn’t shown up on the campaign radar screen yet. When asked at the New Hampshire housing policy summit why the housing issue hadn’t come up in any of the debates, New Jersey Gov. Chris Christie pretty much summed it up: “Because they don’t ask,” he said.