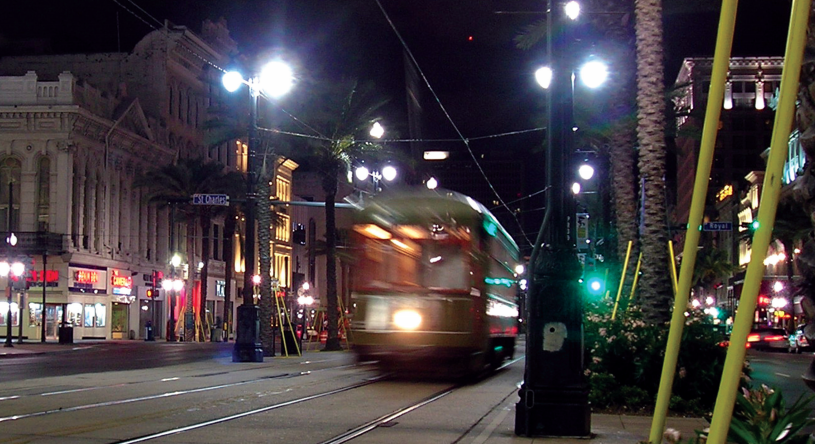 A new guide to urban street design is available for local governments to peruse, but this time it was created by the very transportation officials that are implementing policy.

The National Organization of City Transportation Officials (NACTO), a network of big-city transportation departments, today released the Urban Street Design Guidebook, created in an effort to outline the “21st-century demands” of urban streets, writes NACTO president Janette Sadik-Khan (you might know her better as much -discussed commissioner of the New York City Department of Transportation.)

Many ideas put forth in the guide — such as the value of more pedestrian-oriented streets and low impact design — will be familiar to those who have read essential urbanist texts, like the popular Smart Growth Manual, or have sat for five minutes with an excitable urban planner. But as a resource for local governments, the guide is an accessible and comprehensive introduction. With a quick read-over, it exposes bureaucrats and department heads alike to the fundamentals of new ideas in urban planning. Update: A larger version of the guide is slated for release next year, according to an email from a NACTO spokesperson.

NACTO, formed in 1996 by then-NYC DOT commissioner Eric Elliot Sander to connect city transportation departments, has released other guidebooks consolidating best practices and ideas. A guidebook to cycling infrastructure was released just last month, and the results of three NACTO workshops on bus rapid transit will soon be released.

The release of the Urban Street Design Guidebook coincides with the beginning of the Designing City Conference, an annual gathering of transportation officials in New York and hosted by NACTO.