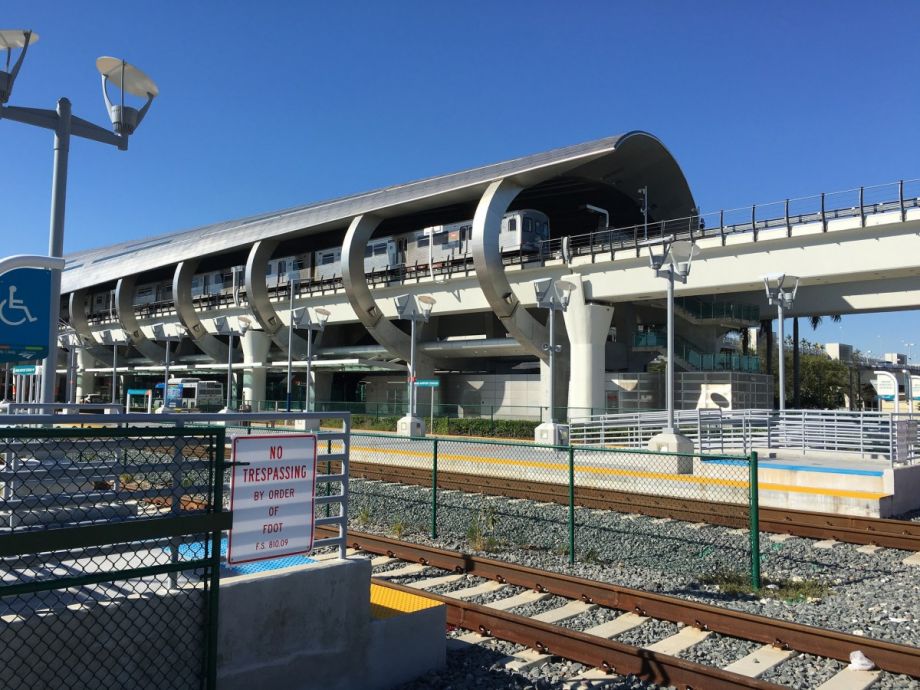 It’s no secret that many Miami-Dade leaders believe funds from a certain notorious half-cent sales tax have been hijacked. The tax, passed in 2002, was supposed to finance rail expansion; instead, a large chunk of the $290 million per year it generates has been poured into the county’s bus system.

That now 16-year-old measure has colored local elections and complicated County Mayor Carlos Gimenez’ efforts to expand a proposed BRT network. Now, however, the county transportation board has thrown its support behind the mayor, meaning that the funds from the 2002 tax will probably keep favoring buses over rail.

A vote last week by the regional Transportation Planning Organization “marked a milestone” in the county’s ongoing transit debate, the Miami Herald reports. The board approved the county’s first rapid-transit bus system, which is projected to cost $243 million.

As Next City has covered, Gimenez has championed the bus option because of its price tag. Extending Metrorail the same 20 miles to Florida City would cost roughly $1.3 billion. The mayor has previously voiced concern about securing federal funding for the rail project under the Trump administration and planned on relying on a combination of state and local funds. Now, however, county leaders do plan on applying for a federal grant of up to $100 million, according to the Herald.

The county vote followed on the heels of another local decision with a very different conclusion. Only days before the TPO approval, the Citizens’ Independent Transportation Trust board voted to simply cut off funds from that 2002 tax. In essence, that board wants to block the county from subsidizing any more operating costs for existing bus and rail projects, according to another Miami Herald article.

The TPO is the more powerful board, however. And County commissioners can override the citizens’ board vote, although they may need a two-thirds majority to keep the subsidy going.

All in all, the potential impact of that citizen board vote is still unknown, according to the paper. But things are certainly looking up for local supporters of BRT. For leaders in South Dade, however, that 2002 promise is still unfulfilled.

“I’m going to support rail, because that’s what we promised the people,” County Commissioner Dennis Moss said recently, according to the Herald.