Kyeesha Lamb, who shared her story with Next City earlier this year, has finally been reunited with her children and is no longer under court supervision. 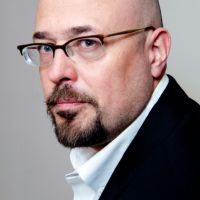 (Illustration by Dylan B. Caleho)

Kyeesha Lamb expected the news but still felt a rush of adrenaline when it came.

“It is hereby ordered that the court’s supervision…is terminated,” the court statement issued late last month reads, and “services from the Philadelphia County Human Services are no longer needed.”

“I feel great,” says Lamb. “Absolutely. But when they said it, I just felt concerned for all the people who might still be in the same situation.”

Lamb’s travails began in late December, after her four-month old baby boy fell out of bed, waking her with his crying. When she took the infant to the Children’s Hospital of Pennsylvania, a doctor there ordered a full skeletal X-ray, finding a possible older break in the baby’s leg that wouldn’t have been consistent with the fall Lamb described.

The Department of Human Services was summoned, taking Lamb’s infant and her 16-month-old boy, too. But even after a second round of X-rays showed no suspect break and no abuse, the agency kept her kids.

Lamb and her children were separated for roughly six weeks before she finally got them back, in February, with strings: continued DHS and court supervision. Lamb was required to take parenting classes, attend personal therapy sessions and accept regular visits from caseworkers. If DHS ever deemed her noncompliant, she might have lost her kids again. The court brought the supervision to an end in late June, after Lamb completed the steps asked of her.

“I’m still upset this happened,” she says. But I also feel capable now of more than I thought.”

Believing in herself, jumping all the hurdles put in her way, helped give her the impetus and confidence to start her own catering business, Greedy Guts, specializing in soul food, which she’s only advertising on Instagram for now.

“I’m excited about it, and it’s something I can see my whole family participating in as it grows. …Maybe it’ll even be something, some day, I can leave to my kids.”

Steve Volk is a Stoneleigh Fellow and an investigative solutions reporter with Resolve Philly, a nonprofit journalism organization committed to collaboration, equity, and community voices and solutions. His work has appeared in Rolling Stone, Philadelphia, Discover and the Washington Post Sunday magazines.