Guest columnist Francis Grunow hopes that Detroit can find a way to save important historical buildings slated for demolition.

It’s been said there are more demolition companies per capita in Detroit than anywhere else in America. That may be true, but some Detroiters would no doubt prefer if the percentage were even greater, especially if it meant not having to look at the latest fire-ravaged wreck next door or across the street. 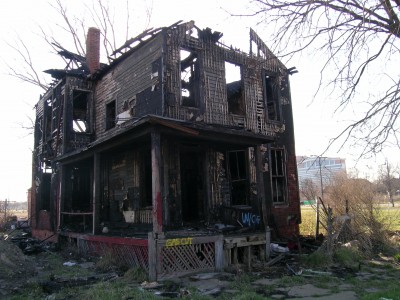 A dilapidated house in Detroit.

Although building demolition occurs at a much faster clip than construction, it’s impossible to keep pace with the flotsam and jetsam of a city that loses one thousand people every month. The shells of burnt-out bungalows can plague neighborhoods for years, while the city’s toxic mix of economic paralysis and bureaucratic apathy mires good-faith efforts at neighborhood stabilization and the desire to distinguish between structures that should and can’t be saved. Indeed, there is a growing consensus that Detroit’s scattershot approach to redevelopment is beyond broken and in dire need of a major overhaul, particularly when considering the core city’s historic resources.

In recent weeks, this disconnect surfaced again as officials grappled with the fates of two vacant landmark structures near the city center. Neither the Lafayette Building, a 14-story office building from the 1920s, nor the iconic Michigan Central Station, designed by the same firm that built Grand Central in New York, bears any resemblance to a devastated foursquare, vacant or otherwise. The thing is, significant historic structures like the Lafayette building and Michigan Central Station are often dumped in the same bucket as any other vacant buildings and do not benefit from a comprehensive redevelopment strategy to get them back online. The result is the continued erosion of downtown Detroit’s world-class stock of pre-World War II urban fabric, despite the fact that there have been more successful rehab projects in the central business district during the last five years than in the last five decades. 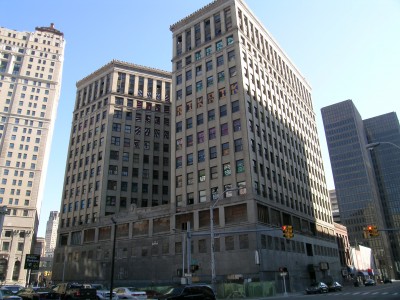 The most frustrating thing for urbanists is that there is so little rhyme or reason to how the city disposes of these buildings. With no plan for replacement, the creeping creation of vacant lots in the name of “much needed” parking or blight removal is insidious. Since 1998, the city has spent at least $50 million to demolish well over two million square feet of Detroit heritage.

To the surprise of many, Detroit’s interim mayor Kenneth Cockrel put “on hold” the imminent demolition of the Lafayette Building after receiving numerous calls and letters. He committed to “reconsider” the building and work with the preservation community to see if redevelopment or a strategy of mothballing is feasible. Meanwhile, Detroit’s embattled city council voted earlier this month (with the mayor’s blessing) to use economic stimulus money to demolish Michigan Central and stick the gratuitously negligent billionaire owner, Matty Moroun, with the bill. 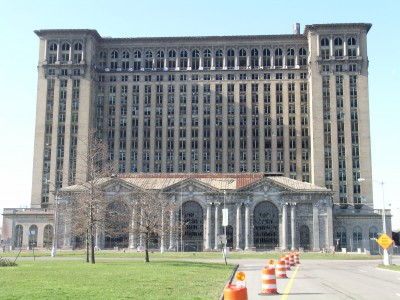 In this most important of local election years, where Detroiters will vote for mayor twice as well as for a new council, there is so much at stake. In the handling of the Lafayette and Michigan Central there is huge opportunity for defining another, more progressive way to creatively and sensitively recast the role of Detroit’s historic landmarks. Where better to begin than through the repositioning of the city’s core assets, its undervalued anchors, as the urban basis for revival and long-term regeneration of dear old Detroit? 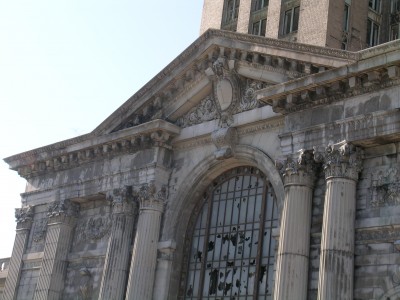