Where the snow goes after the streets are cleaned. 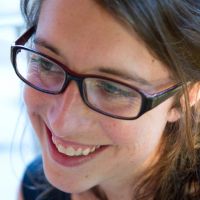 The color of the snow — rusty white with patches of dirt — matched that of the sanitation trucks that brought it to the mounting pile in the center of a New York City Financial District block on one Wednesday afternoon this winter. Workers from the towering office buildings nearby who were on a smoke break gazed at the story-high pile and rumbling tractors that were shoveling it. One snapped a photo.

At the other end of the block, which was roped off from traffic, two tractors shoveled the snow inside a large, orange, steaming metal vat on wheels — a snow melter. The shoveled loads seemed to disappear into the rising vapor.

New York City, unlike many American cities — ahem, Boston, Buffalo — has gotten a rather disappointing accumulation of snow this year. And yet, the amount that is removed from the streets, when piled, presents a problem. Indeed, many winters, cities across the country must deal with mounting piles of snow. Once removed from the street, where does it all go? It’s a question that has led city officials to some creative problem solving.

Not every flurry gets this treatment; it has to be a substantial storm. “We would be thinking of melter deployment for any storm greater than six inches,” Grayson writes in an email. But there are caveats: If a snowstorm is followed by a 45-degree day, the department lets Mother Nature do the melting. Or if multiple small storms with subfreezing temps occur, sanitation would likely bring the melters out.

A hot tub for snow that is — the temperatures inside only peak at around 35-36 degrees Fahrenheit. But it does the job. One of these machines can melt 60 tons of snow an hour, or 240 gallons a minute. The department has 36 all together.

Once melted, the water goes into very large capacity sewers that were built to deal with large volumes of water. From there, it is processed like any other wastewater in the city and shipped to a treatment plant where it is sanitized. Then it’s finally dumped into New York Harbor. (The snow used to go straight from the pile into the river, but that practice was finally halted in 1996 over environmental concerns.)

New York City has more miles of streets to be cleaned than other cities in the northeast, but this doesn’t make snow disposal a uniquely New York City problem. Because of the historic snowfall in Boston this year — which has surpassed 100 inches — plows have cleared a total of about 312,000 miles of city streets, the equivalent of driving from Boston to San Francisco 100 times. Looming piles of cleared snow reached over eight feet tall, squeezing two-lane streets into one and leaving little room for pedestrians. The city found itself with “snow farms,” the depositories for removed snow, which had climbed to worrying heights.

Last month officials in Boston put out a call for proposals on what to do with the mounting piles. Part of the solution, along with bringing in the National Guard and prison inmates to dig, was to borrow two of New York City’s melters, and rent several others. Boston Mayor Marty Walsh says he’s now convinced that the melters are a worthwhile investment.

Boston isn’t the only snow-beset city to ever throw out a call for help.

Officials in St. Paul, Minnesota, reached out to a civic consulting firm after an uncharacteristically difficult winter in 2014, “which included abnormally challenging snow events coupled with freezing rain and cold temperatures, leading to difficult road conditions,” a city spokeswoman wrote in an email. The city’s street maintenance department ended up working with experts from the University of Minnesota’s Center for Transportation Studies, a local engineering firm that specializes in road construction, and a communications agency, to streamline snow clearing.

They created a “more standardized and more tactical approach,” says Joe Spah, St. Paul’s head of street maintenance. This included more proactive preplanning for events, and having more flexible courses of action depending on what the weather brings. “Maybe we have pretty dry snow with wind gusts, maybe we’ll hold off on salting because some of the snow will blow off the highway,” Spah explains.

On a recent snowy New York City day, a 31-year-old consultant watching the snow-melting process on a side street said it’s “better to get the snow off the street,” than deal with whatever minor annoyance the scene may cause. He added that he couldn’t hear the tractor noise from his office nearby.

Meanwhile, all afternoon, trucks continued to line up to dump their loads of snow. An NYPD officer guided them to the pile one by one. “Lots” more trucks were expected, he said. “Maybe all night long.”