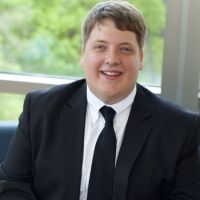 As local economies suffer from market concentration in economic sectors ranging from retail to banking, cooperatives across industries are helping to strengthen communities and keep resources local.

This is nothing new; cooperatives have a long history of serving local needs. Today, the cooperative ownership structure continues to create equal economic opportunity and counter concentrated corporate power. From innovative business arrangement to community-owned renewable energy, here are five ways cooperatives are making a difference.

1. Cooperatives allow local resources to improve neighborhoods. In northeast Minneapolis, a “DIY Downtown” was born to revitalize a neighborhood long-blighted by disinvestment and distant ownership. The Northeast Investment Cooperative (NEIC) created a neighborhood reinvestment program where any Minnesota resident could join the cooperative for $1,000, and invest even more by purchasing non-voting stock.

After just a year, NEIC bought two vacant properties and sold one to a local bike shop and owns and manages the other which it rents to a cooperatively owned brewery and a bakery. These businesses were in turn financed by a local Minneapolis bank. This process kept property ownership and management local. Business districts across America are struggling with vacancies due to outsized commercial rent increases, and a local investment cooperative keeps resources in a local loop, continually benefiting their communities.

Solar cooperatives allow residents to buy in bulk, leveraging their numbers to save up to 20 percent from the cost of each solar energy system. This network has already installed more than 6.5 megawatts of solar for member-owners in its network.

The budding FL SUN co-op network mirrors those in a handful of other U.S. states, including Virginia, Maryland and West Virginia plus Washington, D.C. — all championed by the national organization Solar United Neighbors.

This model uses cooperative power to fight monopoly power, allowing residents to invest in a resource that keeps energy money in the community.

3. Cooperatives can bring high-speed Internet to underserved areas, just like they did with electricity. In the 1930s, the REA ensured that access to electricity wasn’t just concentrated in highly populated areas — it prioritized cooperative ownership of technological resources. The same is happening today with broadband internet access.

Cooperatives can seek funding from their members, local banks, and even the federal government to build out high-speed internet networks. Some state governments have expanded their broadband grant and loan programs to include electric cooperatives. Other states have clarified laws and policies to recognize that electric cooperatives can build fiber networks for Internet service using their current infrastructure. From Arkansas to Minnesota to Oregon, independent cooperatives are improving their member-owners standard of living.

4. Cooperatives ensure local businesses can compete on bargaining power with big business. Purchasing cooperatives, such as Ace Hardware’s network of locally owned and locally controlled stores, allow independent businesses to buy “in bulk” along with a number of similarly-sized entities to offer prices at the same level as big-box stores or online retail.

Small and independent businesses, especially members of cooperatives, are price competitive with the Amazons and Walmarts of the world; plus they provide better customer service and higher quality products.

Amicus Solar Cooperative is another example, allowing small solar installers to pool their buying power to get less expensive equipment and share cost-saving strategies. Consumers see the benefit, with solar installations from small installers costing less than ones purchased from large, national firms.

It’s not just a benefit of price competition, however. These cooperatives, whether they are small grocery stores, hardware stores or restaurants, offer their member-owners and the broader community a vast benefit if they do well and support the community.

5. Cooperatives frequently dabble in community ownership of renewable resources. In the transition toward a renewable energy future, electric cooperatives allow their members to have a stake in that transition. Unlike distant monopoly electric utilities, cooperatives are designed to be community-based.

Community solar in particular allows for voluntary participation and a new way to raise capital from the cooperative members for new power generation capacity.

Cooperatives that provide a community solar option can wean themselves off of their long-term dirty power contracts while proving to their member-owners that they are listening to their demands.

Nick Stumo-Langer is the Communications Manager for the Institute for Local Self-Reliance. Originally from White Bear Lake, Minnesota Nick now lives in Washington, D.C., working for all of ILSR's initiatives. At ILSR, he operates all of their social media feeds as well as their outreach and special projects strategies.