Cities can’t build their way out of mass incarceration, but they could aim for a culture of well-being and respect on their way to making criminal justice more just — and more neighborly.

Sometimes it seems like New York City’s largest jail was built to be a disaster. Constructed on a small island in the East River, under the flight path of LaGuardia Airport, the 82-year-old facility is low-lying and spread out. Ten squat detention centers spread across 400 acres, most of it landfill hauled by inmates during one of the jail’s taxpayer-funded expansions.

Beyond the slashings, beatings, violent deaths and brutal guards that have made Rikers infamous, the complex’s architecture also takes its toll on those who spend time there. According to an April 2017 report on improving criminal justice in New York City, the jail has such “antiquated design” that it undermines safety, and poor sight lines, bad acoustics and decaying facilities “provide multiple opportunities to fashion weapons.”

And that’s the point. “Rikers is designed to break you down, and it’s really good at that,” says Khalil Cumberbatch, who served time there from 2003 to 2010. “By the time you go on to state prison, it feels like you’ve left the worst of the worst behind.”

The Rikers Island jail complex stands in New York with the Manhattan skyline in the background. (AP Photo/Seth Wenig, File)

Today Cumberbatch is a trainings manager at JustLeadershipUSA, a nonprofit that helps formerly incarcerated people reintegrate into society. The group’s executive director, Glenn Martin, is a leading voice in the campaign to close the massive, lethal and lawsuit-riddled Rikers complex and replace it with smaller, community-based jails.

Mayor Bill de Blasio has now put his weight behind that idea, endorsing a 10-year, $10.6 billion plan while warning that “it won’t be easy” to implement the numerous judicial reforms necessary to cut the city’s incarcerated population in half so that the remaining 5,000 people may be divvied up among new and rehabbed jails across the five boroughs.

NIMBYism also seems like an inevitable obstacle. Because, of course, nobody wants a jail in their backyard.

Jails don’t actually have to be bad neighbors: Good planning and design can address commonly cited concerns like crime, traffic and reduced real estate values. Nor do jails have to be horrific hellholes, either. Thoughtful architecture would not only ease community opposition to siting New York’s new facilities, but also, critically, create more rights-respecting institutions for the people forced to spend time there, 85 percent of whom have not yet been found guilty of any crime.

“Most reentry programs would reject these people because of their violent history,” says JoAnne Page, president and CEO of the Fortune Society. Many Castle residents have served decades in prison for murder or armed robbery. “Here, they do fine. We find that most people live up or down to the environment they are in — with some exceptions.”

There are no window bars on The Castle, no armed guards, no locked gates. The 60-bed building, which houses men, women and LGBT people together, is sunny and fresh, with soft surfaces, bright colors and clean sight lines down hallways and in public spaces. It has both individual studios (on floors designated for stable, longer-term tenants), and shared rooms with two to six residents (on the emergency intake floor, which receives those new to the building). Chairs are not bolted to the floor. Kitchens are equipped with knives. Bikes are left unlocked in hallways.

The residents are “the same people who were at Rikers just a few years ago,” Sperry says. “And yet the building is not under assault.”

In fact, The Castle is quite safe (there are cameras everywhere), and it’s designed to stay that way. Everything about this place “says that you’re a human not an animal,” says Page. Because of its small size, the staff knows everyone’s name, so they’re able to identify trouble before it starts. (“I would prefer never to go above 50 or 70 people in one facility,” Page says.) She also credits the center’s success to the fact that many Fortune Society staffers are themselves formerly incarcerated, which “removes the ‘us versus them’ mentality of prison.”

But mostly, The Castle works on hope. Everyone living there has committed to non-violence and “to working on themselves,” says Page. “Hope is our great motivating factor.” At mandatory meetings every Thursday evening, residents gather to discuss challenges, achievements and shared concerns. In a recent session, attendees grappled with how New York’s aggressive, overcrowded subway cars are a trigger for those fresh from lock-up, and celebrated holding down a job.

Jails, which are, by their very nature, traumatizing places, would be hard-pressed to run on hope. But if New York’s new community jails embody the Van Alen Institute’s vision of them as places that aim not to dehumanize people but to help them prepare for a better future, then they could foster hope, and the built environment has a role to play in that. “It’s an intangible thing, to feel safe,” says Soulieo Kirby, a Fortune Society alumnus now studying at Baruch College, looking around the cheery lounge. “It’s cultural. The Castle has created a culture of being human.”

Jails are as much a part of New York’s communities as bodegas or anything else, Cumberbatch says. Rather than wishing them away, locals should keep them close, insist that they get done better, and then keep an eye out to make sure everything’s OK — you know, like good neighbors do. 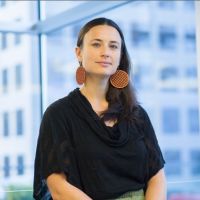 Join 762 other sustainers such as: