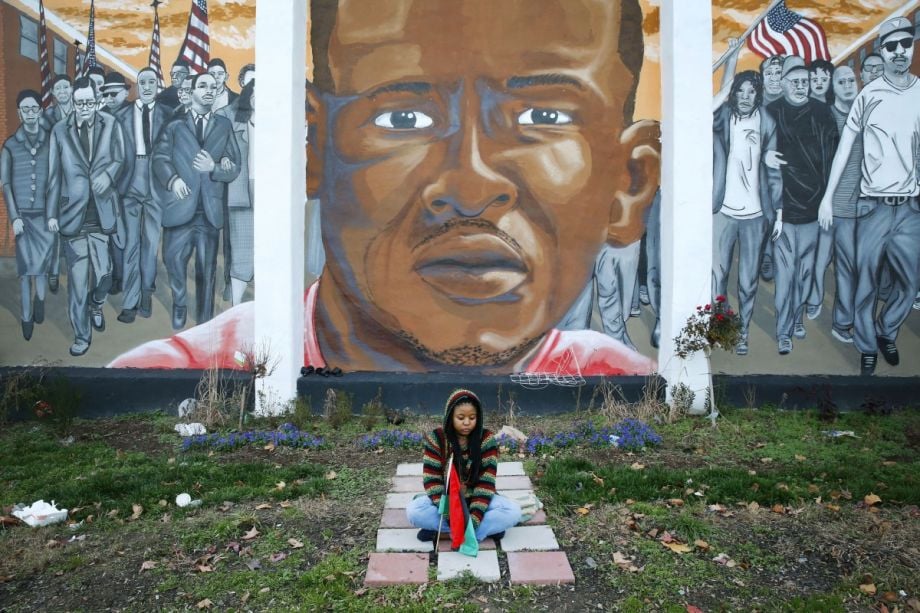 In a final report on the Taskforce for Baltimore City, the White House is holding up its work over the last 18 months as an example of what coordination between the federal government and local stakeholders can accomplish.

President Barack Obama’s administration created the task force in April 2015, following the unrest provoked by the death in police custody of Freddie Gray. The group was charged with marshaling federal resources to respond to the immediate needs of a city in turmoil and to the deeply embedded social and economic problems that many residents were protesting. Senior White House officials and leaders from 16 federal agencies worked with Baltimore officials on three priority areas: jobs, public health and safety. This week’s report outlines investment and some claims of good results.

A lack of good jobs and of access points to them is central to Baltimore’s battle with poverty. The unemployment rate in the city is 7.4 percent, compared to 4.4 percent in the metro area. To address this need, the task force worked with city agencies and nonprofits to start a new workforce program, One Baltimore for Jobs. The report says the program has enrolled 650 people in training programs, awarded 419 workforce credentials and placed 208 people in jobs to date.

It focuses on high-growth industries — like construction, manufacturing, automotive and healthcare — and on young adults ages 17 to 35 living in the city’s most economically depressed neighborhoods. Training is being provided by local community-based organizations, with federal funding. An additional $200,000 EPA grant is helping Civic Works train 72 Baltimore residents for environmental jobs including brownfield assessment and cleanup, waste treatment, stormwater management, lead abatement and asbestos removal.

The White House reports that the task force and partners also helped to grow the city’s YouthWorks Summer Jobs Program by 60 percent, connecting 6,000 more additional youth with summer jobs over the course of two years.

Improving public safety means addressing the institution that had fueled so much of the distrust in the city: the police. After an investigation, the U.S. Department of Justice just announced in August that the Baltimore Police Department consistently makes unlawful stops and searches, and arrests disproportionately target people of color.

The task force’s final report notes that the DOJ’s Office of Community Oriented Policing Services did a comprehensive review of the department’s policies, training and procedures, and helped the BPD improve practices relating to use of force. The DOJ helped the BPD improve its data and crime analysis capabilities too. Federal law enforcement officials from half a dozen agencies were temporarily embedded with the department to help solve homicides, increase gun tracing capabilities and pursue gangs.

Whether or not these efforts will someday build a full trust remains to be seen. At a public forum in November, residents called for more citizen oversight of the police. The Baltimore Sun reported that, at the event, one activist said, “Community can’t truly begin to trust police and policing here in Baltimore until that system itself is reformed, until we see transparency, until we see justice and we see police accountability.”

The task force report said the DOJ also provided funding to the Baltimore City Health Department to expand a program that recruits community members to intervene in conflicts before they turn serious. The department received funding for social workers to intervene when young people come into the hospital with injuries due to violence.

The DOJ and Department of Education awarded grants to the city’s school district and health department to launch a series of initiatives aimed at reducing violence in schools. More than $8 million was awarded to support schools in implementing positive behavioral interventions over punitive punishments and hiring mental health professionals to help children showing signs of trauma. Funding was also used for programs to train staff, parents, and students how to recognize trauma in young people, which undermines their ability to learn.

Building out the city’s infrastructure was also a focus of the task force. The White House says federal funding helped to improved bus travel times, increased pedestrian safety, and facilitated better movement in and out of the city’s port. Baltimore was able to develop its first comprehensive park plan since 1926.

The report concludes on a note made ominous by the November election and looming inauguration of President-elect Donald Trump, who has said he wants to slash federal spending. The task force recommends that federal agencies maintain their support to sustain the programs they helped launch over the past 18 months, and that the federal government continue to pilot new urban programs in Baltimore.

Perhaps with this in mind, Baltimore Mayor Catherine Pugh, who took office this month, made an appeal to Trump last Saturday to keep federal money flowing to her city.

With @realDonaldTrump in Baltimore I delivered a letter noting importance of our infrastructure needs & need for investment of federal funds pic.twitter.com/61OsajKvtQ