Why Community Policing Is Still a Good Investment – Next City

Why Community Policing Is Still a Good Investment 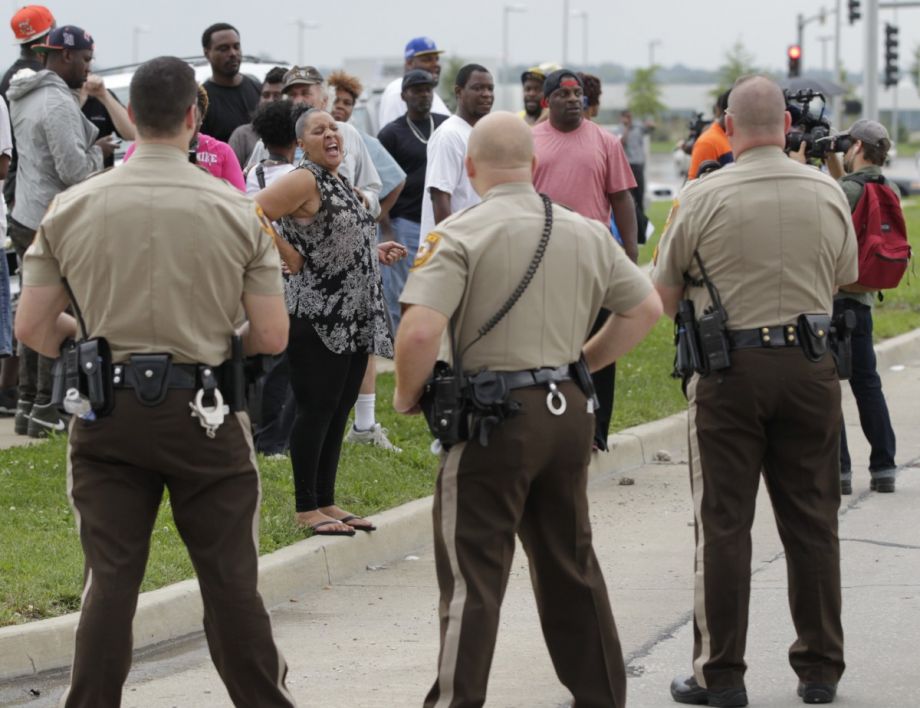 A protester shouts at St. Louis county police during a protest in Missouri. (AP Photo/Tom Gannam)

Fueled by billions in federal dollars, since the early 1990s, thousands of police departments across the nation took the DOJ’s lead and implemented a range of policies designed to make officers more responsive to the communities they serve.

But despite some well-documented successes, even proponents of community policing are hesitant to call the COPS program a sweeping success. The recent police shooting of Mike Brown in Ferguson, Missouri, and the response it elicited reflect the stark rift that continues to divide many urban law-enforcement agencies from the constituents they are sworn to protect.

Dennis P. Rosenbaum, a professor at the University of Illinois at Chicago, and an early researcher into the promise of community policing, says that while law enforcement has made enormous strides over the past 20 years in improving community relations, more work needs to be done.

“Not all police departments have adopted community-oriented approaches to policing, and some have lost sight of the importance of community engagement and problem-solving for public safety and police legitimacy,” he explains. “American policing has not yet moved away from the reactive, call-driven system that defined traditional policing.”

Indeed, a new meta-analysis of more than two dozen independent studies on the subject suggests that while many departments have adopted the “language of community policing,” few have incorporated all three primary facets of the strategy, identified as: community partnerships, organizational transformation and problem-solving.

“There is a feeling in the scholarly literature that to some extent it has been a buzzword rather than something that has been implemented,” says Charlotte Gill, deputy director of the Center for Evidence-Based Crime Policy at George Mason University, and a co-author of the report. “Because it is a philosophy or a set of principles rather than a defined model, we see a different level of engagement among police departments.”

What makes community policing look so good on paper is also what makes it difficult to implement in practice. By emphasizing a flexible, individualized approach to law enforcement, there is no single playbook for departments to follow. This can lead to broad variations in COP initiatives, some of which have little resemblance to what early theorists — like the late Robert Trojanowicz, founder of the National Center for Community Policing at Michigan State — had in mind.

Bruce Benson, a former colleague of Trojanowicz with decades of experience in police command roles, says the availability of federal COPS money has been a doubled-edged sword. While it has helped spread the message of community policing, he says it has also incentivized lowest-common denominator approaches.

“I’ve had police chiefs ask me what’s the minimum they can do to get this money,” says Benson, who advises departments on establishing COP programs. “We’d have police departments host community picnics where they hand out hot dogs and soda to people and call it community policing, but once all those hot dogs are handed out, it’s back to traditional policing practices.”

Benson says to be successful, community policing requires a complete reorientation of a department’s command structure to place more power in the hands of frontline officers.

“You have to be willing to give up some of that top-down management and turn loose your officer on a long-term beat with the discretion to try out new things,” he says. “That can be challenging for police brass who are used to always holding the reins.”

Race matters, but not as much as you think.

According to a recent series of articles in the New York Times, municipal police forces in America suffer from a serious lack of racial diversity — with white officers significantly overrepresented in communities of color. Ferguson’s nearly all-white police force has a long legacy of alienating the city’s predominantly black residents. But proponents of community policing warn against drawing too straight a line between the racial composition of a police force and its relationship with its constituents.

“Looking like the community can certainly be beneficial, but it’s not the key,” says Gill, adding that citizens’ perceptions of law enforcement are far more influenced by how police behave than how they look.

As deputy chief of police for Flint, Michigan, in the early 1980s, Benson helped pioneer community-oriented policing with the help of funding from the Mott Foundation. The department began by breaking the city into 64 individual “beats” led by COP-trained officers with unprecedented autonomy to decide which crimes to prioritize.

“We told our officers, ‘we don’t want you to patrol your neighborhood, we want you to go out and organize your neighborhood,‘” he recalled. “Instead of just taking calls, they could use their brain to tackle crime in their unique beat, they got recognition, kids got to know them. The neighborhood becomes theirs. We found after a while that race didn’t matter.”

By the time he left the department in 1986, Benson says the city had experienced a 70 percent reduction in major felonies, a success rate he attributes almost entirely to the new approach.

“There is no way we could have done that with traditional policing,” he said.

Yet a comprehensive assessment of the data suggests that while community policing helps boost citizen satisfaction and trust in police — and reduces perceptions of neighborhood disorder — its impact on crime is harder to demonstrate. In their review of two decades of academic literature, Gill and her colleagues were unable to find a clear link between community policing and falling crime rates.

But that may be the wrong way to measure the strategy’s effectiveness. To use Ferguson as an example, a robust community policing program may not have prevented Mike Brown, or anyone else, from engaging in petty crime, but there’s a very good chance it would have prevented his death and the turmoil it caused.

For that reason, Rosenbaum, of the University of Illinois, says it’s better to think of community-oriented policing as a long-term investment.

“Think of it as money in the bank,” he said. “If a police department has accumulated sufficient good will in its bank account, it can draw on these assets when a crisis occurs.”