What Taking Aim at Segregation Looks Like In Chicago – Next City

What Taking Aim at Segregation Looks Like In Chicago 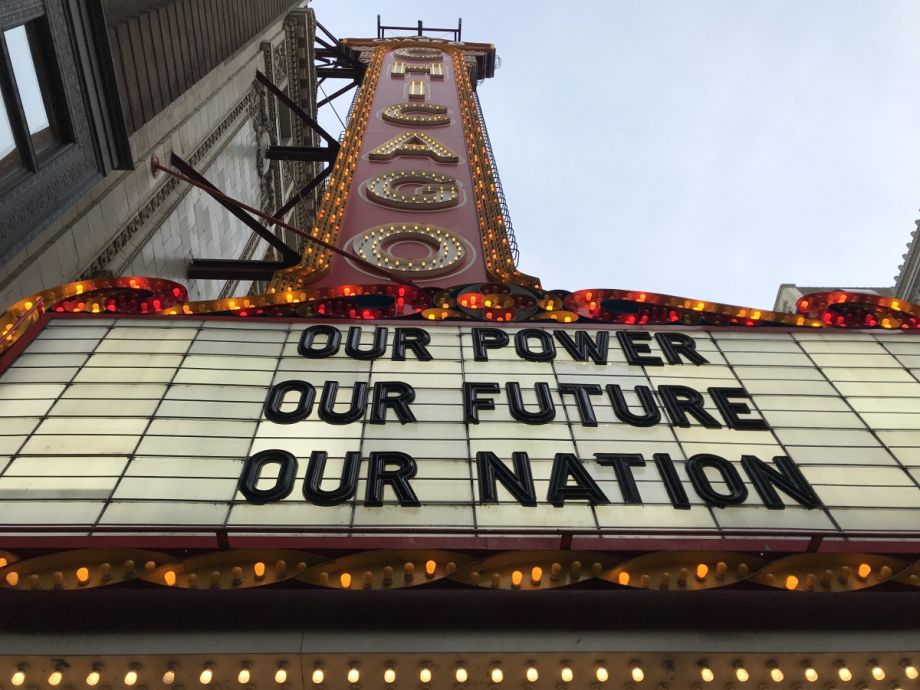 In the fall of 2016, the entire board and staff of the Field Foundation underwent racial justice training, and the foundation asked nonprofit community groups to review its own grantmaking processes. Founded in 1940, the foundation invests in justice, art, and community leadership in Chicago.

Angelique Power, who became president of the Field Foundation two years ago, says it was “scary and critical” to have that kind of training in the boardroom. The board is “the spine of the organization,” she says, and it was important to bring an understanding of Chicago’s structural racism into the center of the group’s work.

“In Chicago there is a nexus of poverty and trauma and divestment, and it aligns with a designed inequity,” Power says.

A new report challenges the entire region — from governments to corporations, philanthropies, civic organizations, and individuals — to adopt a “racial equity framework” aimed at overturning racial and economic disparities in every sector of society. Released today from the Metropolitan Planning Council, a Chicago think tank, “Our Equitable Future: A Roadmap for the Chicago Region” details around two dozen policy proposals that the city could pursue to promote racial equity in economic development, job access, housing and neighborhoods, education, and criminal justice.

Our Equitable Future is a follow up to “The Cost of Segregation,” a report released last year by the same organization. That report contained many grim facts, like how the Chicago region had the fifth highest level of racial and economic segregation in the U.S. as of 2010. Or, if the level of African American-white segregation in the region could be reduced to the national median, the typical African American resident would earn nearly $3,000 more per year in income; there would have been 229 fewer murders in 2016; and some 83,000 more residents would have bachelor’s degrees.

But there was one particularly grim fact underpinning the whole effort. As Metropolitan Planning Council Vice President Marisa Novara put it, approaching the issue of segregation with a “moral lens” had proven insufficient to addressing the problem. In other words, the fairly broad recognition that communities of color should have the same access to jobs, housing, and public resources as white communities wasn’t doing much to change the fact that, in many cases, communities of color still don’t have equal access.

The first report, Novara says, was an attempt to build “a broader argument about our economic interdependence,” illustrating how segregation is tied to income inequality, violent crime, lost lives, lower property values, and overall regional vitality.

“The remedies and recommendations offered here go far beyond the patterns of where people live,” the new report says. “To disrupt metropolitan Chicago’s legacy of segregation, we focus on the racism and inequity that fueled and continues to fuel it. Fundamentally, segregation and its resulting inequities are by-products of racism — which is why the solutions in this report focus on racial equity and inclusion as the root goal.”

Novara says that the recommendations were built on research that began with the economic analyses performed by the Urban Institute in the first report. The research expanded over the last year to include long-form interviews with community leaders in five different neighborhood “typologies.”

The group also took teams of researchers and community stakeholders on trips to Seattle and Atlanta. The Seattle government was a pioneer in focusing on institutional racism, Novara says, while the Atlanta region had dropped 20 places in nationwide segregation rankings during a the period between 1990 and 2010. Chicago could learn from both, Novara says. The project was motivated by questions that the Metropolitan Planning Council didn’t know the answers to — what does segregation cost? what can be done about it? — and the group was “very much in listening mode.”

“I really can’t stress enough the importance of the balance that we tried to strike,” Novara says. “We have a vision for where we’re going with this, but we are incredibly open to what we’re learning along the way.”

The group also tried to make recommendations that balanced potential impact with political feasibility. It left out policy proposals that had high impact potential but little possibility of implementation as well as proposals that would be easy to pass but generate superficial benefits, Novara says.

Still, some of the recommendations could be a heavy lift. Several would require state approval, and one would require Chicago aldermen to give up some control over development in their districts. Under that proposal, aldermen in wards with less than 10 percent affordable housing would be unable to reject or delay certain projects that include at least 10 percent affordable units. The proposal would be a blow to the tradition of aldermanic privilege. But it could help create a smoother path for affordable housing projects, as Novara wrote in a blog post last month.

But the policy proposals alone won’t eradicate segregation even if they’re all adopted, Novara says. She stressed that the most important aspect of the report is its push to put racial equity at the center of the region’s growth.

“We are on that path as an organization,” Novara says of the Metropolitan Planning Council. “We certainly count ourselves as part of the actors in this region that need to shine this light on ourselves and on our own practices and on our own structures.”

Since it took aim at racial equity, the Field Foundation has adopted a new model for its grantmaking, which Power explained in a public letter last summer. The new model makes it easier for organizations to apply for grants, and commits the organization to investing 60 percent of its grants in organizations that are, “by, for, and about” serving African, Latinx, Asian, Arab, and Native American communities. The group, which grants around $2 million a year, also began talking with other foundations in the region about its new focus.

“I don’t think that it’s radical to ask that organizations put racial equity at the center of their work,” Power says. “I think, unfortunately, it’s still radical to actually do it.”