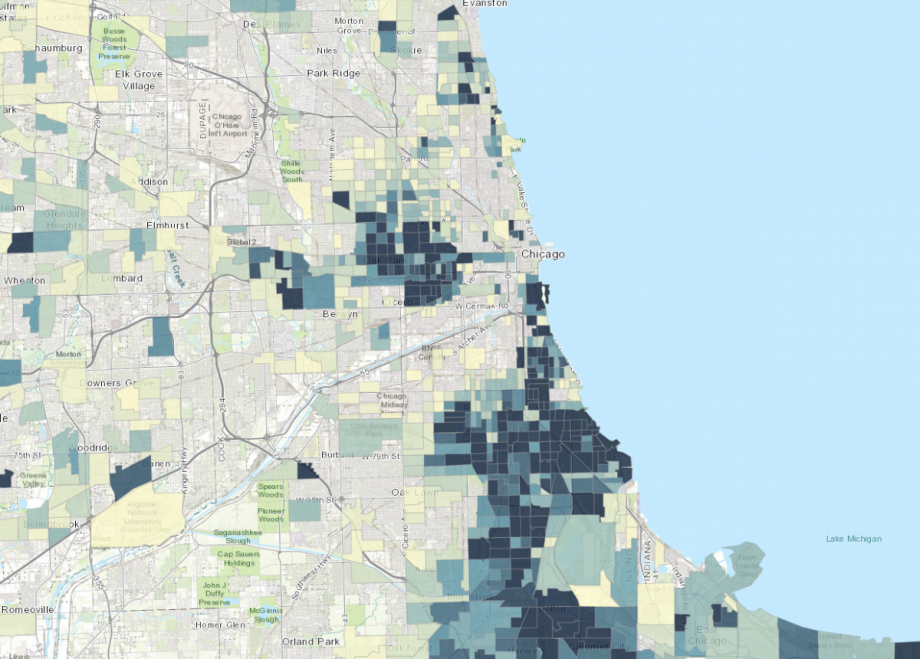 While officials currently at the highest levels of government may be delaying or undoing initiatives to end housing segregation, local public housing authorities now have a powerful tool to that end. Starting this year, local public housing authorities all over the country will be allowed to offer higher Section 8 rental assistance voucher payments to landlords in more affluent neighborhoods.

As research from Raj Chetty and others have shown, the “zip code effect” is real. When families are given the chance to move from a poor zip code to an affluent one, children do better in school and eventually land higher wage jobs and more stable careers. But for many poor families, making that move is not possible because rents in affluent neighborhoods are out of reach; rental assistance vouchers, which pay the difference between 30 percent of a tenant’s income and the fair market rent for the unit, only go so far.

Previous Department of Housing and Urban Development rules required local housing authorities to calculate those fair market rents based on rents across the entire metropolitan area, which is too broad to capture local market conditions. As a result, voucher holders remain largely concentrated in the same high-poverty neighborhoods. But a new rule, set to go into effect this year, could change that by changing how housing authorities calculate fair market rents. It’s likely to change the makeup of neighborhoods as lower-income people gain more mobility, and it’s causing a scramble among housing authorities rushing to respond to the rule.

In 2012, in a few metropolitan areas, the department began to test new rules that set voucher payments by zip code, a system known as small area fair market rents. Vouchers would pay higher in more affluent zip codes and less than they currently pay in less affluent zip codes, more closely reflecting local market conditions. The department issued a final rule in 2016, mandating new zip-code based voucher payments for local and state housing authorities in 24 metropolitan areas, while allowing other housing authorities the option to use the new rule, starting in 2018. But under new housing secretary Ben Carson, last August the department suspended the implementation of the rule. A lawsuit ensued; in December in an injunction ordering HUD to implement the rule as originally planned.

“Suspending this rule was yet another attack by this Administration on communities of color. By restoring this rule, this injunction is a key step towards expanding equal opportunity in all aspects of American life,” said Sherrilyn Ifill, president and director-counsel of the NAACP Legal Defense and Educational Fund, in a statement announcing the decision. The organization served as co-counsel in the court case.

The timing of the decision has set off a scramble among the housing authorities in the 24 major metropolitan areas affected. The new voucher payment levels must be in place by April 1. For smaller housing authorities especially, it may be an administrative burden to shift from having one voucher payment level across an entire metro to dozens, perhaps hundreds of different zip-code-based voucher levels.

“It’s a lot to digest for something that was put on hold and now suddenly is moving forward,” says Thomas Stagg, a partner at Novogradac & Company, an accounting firm and consultancy that specializes in affordable housing and community development.

Crucially, thanks to heavy advocacy from affordable housing advocates, the final rule does have built-in measures to protect existing voucher users from having their payments abruptly reduced. Under the final rule, existing voucher holders have up to two years before housing authorities reduce any voucher payments. At their own discretion, housing authorities may lower payments sooner—but no matter when they do so, the voucher payment cannot decrease more than ten percent of the preceding year’s value.

“A lot of existing tenants are going to want to stay where they are, while some are going to want to move, and in the first few years of implementation we want to protect anyone from sudden changes due to the rule,” says Philip Tegeler, executive director of the Poverty & Race Research Action Council, which has been advocating for the small area fair market rent rules, and also served as co-counsel in the court case leading to the injunction.

That said, Tegeler notes, local public housing authorities have a lot more legwork to do.

“It’s going to require some effort on the part of public housing authorities to go into areas where they’ve previously been priced out to establish relationships with landlords … to take full advantage of the rules,” Tegeler says.

Thanks to a HUD demonstration program called Moving to Work, the Chicago Housing Authority is one of a few around the country that previously gained the authority to create its own version of small area fair market rents. The demonstration program allows participating housing authorities to pool other federal housing funds with their rental assistance funding to support creative and locally responsive rental assistance programs.

So since 2011, the Chicago Housing Authority’s voucher program has been able to pay above metropolitan-area fair market rent on behalf of voucher holders who choose to move to opportunity areas, which the authority currently defines as census tracts in Chicago where fewer than 20 percent of residents have income below the federal poverty level and fewer than 5 percent of the existing housing is subsidized. The authority has also designated some census tracts with low poverty, moderate subsidized housing, and rising rents or incomes as opportunity areas. The authority now sets voucher rent based on other market-rate units in the same census tract, never going below fair market rent for the metropolitan area.

Even with higher payments, it’s never a guarantee that landlords in higher opportunity areas will accept vouchers. While Cook County (which includes Chicago) is one of a number of states or localities that has outlawed discrimination against voucher-holders (known as source of income discrimination), such laws remain difficult to enforce, making ongoing landlord outreach a necessity. The Chicago Housing Authority has aimed to connect with landlords through regular workshops and briefings. This year the authority also plans to equip tenants with literature they can show to potential new landlords.

Another piece of the puzzle is financial. Last year, the Chicago Housing Authority also began to offer landlord incentive payments, worth up to one month’s rent upon the first payment of a new voucher. It’s intended to help compensate landlords for the extra time a unit might remain vacant while going through the process to lease up a voucher-holding renter.

“We’re recognizing that our lease-up process can take longer,” says Kathryn Ludwig, chief housing choice voucher at the authority. “You have to get through the request for tenancy approval, our inspection, and you might have to address a housing quality issue followed by another inspection.”

There is some concern that, in some areas, the new zip code-based fair market rent rule still won’t result in vouchers that pay enough for voucher holders to move into higher opportunity areas. For example, in Charlotte, North Carolina, the housing authority found that zip-code-based rents weren’t going to be sufficient in many areas. That may be because of lags in market data used to calculate the new rent values, or because zip codes are still too large an area to accurately reflect local market conditions.

Under the final small area fair market rent rule, local housing authorities participating in the Moving to Work demonstration program may elect to be exempt from the rule, letting them keep or create local versions of small area fair market rents. That will be the case for Chicago, as well as Charlotte, which is beginning to set up its own local program. The Philadelphia Housing Authority has also expressed its intent to use its Moving to Work exemption.

The National Housing Trust has been embarking on just such a strategy, bringing some market rate buildings into affordable housing status in cities like Washington, D.C. The nonprofit’s real estate development team says three of its current D.C. properties will soon see significant increases in rental income from vouchers. The nonprofit also anticipates the small area fair market rent rule will help future affordable housing projects in other zip codes across the country where it has been looking to make acquisitions.

“We think there will be some [affordable housing development opportunities] that don’t already exist under the current fair market rent regime,” says Ellen Lurie Hoffman, federal policy director at the National Housing Trust. “Small area fair market rents should really help communities that are trying to come up with strategies to reduce segregation.