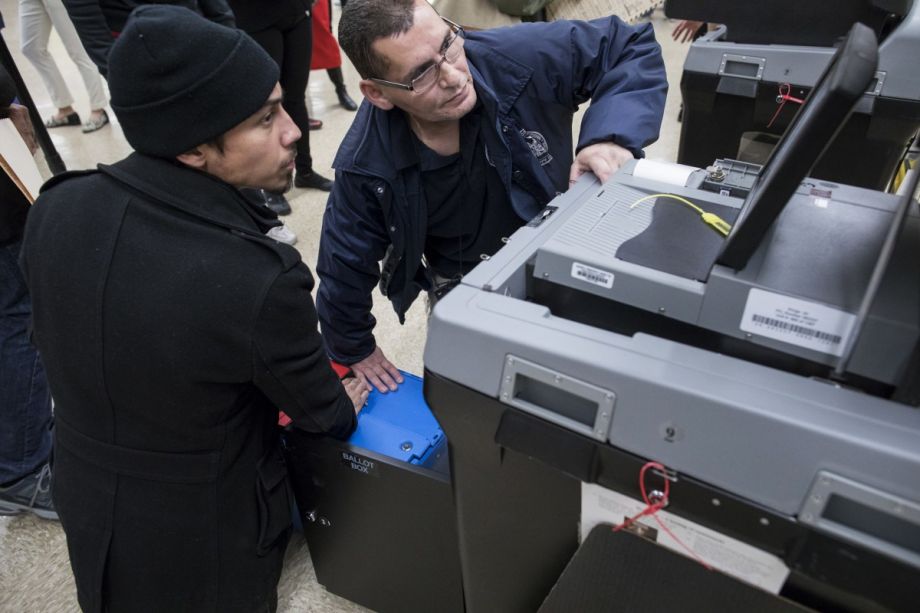 There wasn’t even a line. Voter turnout was so low, at 14 percent, in New York City’s Democratic primary in September that I simply walked into my Brooklyn polling station at 8:30 a.m. on a Tuesday morning — rush hour for voting — and was handed a ballot almost immediately.

“Lots of cyclists out to vote today,” the woman at the polling center said, pointing at my helmet when I asked her about the turnout. “But mostly quiet here.”

It’s no secret that voter turnout is regularly dismal in non-presidential elections. According to the Pew Research Center, “voter turnout regularly drops in midterm elections, and has done so since the 1840s.” In 2008, when Barack Obama was first elected president of the United States, voter turnout was at 57.1 percent. It dropped to 36.9 percent for the 2010 midterms and shot back up to 53.7 percent for Obama’s 2012 reelection. And even though local elections — both at the congressional and municipal level — have a far more direct and measurable effect on constituents’ lives, Americans continue to stay home.

“I think fundamentally, people don’t understand what a powerful impact city government has on their day-to-day lives,” Helen Rosenthal, New York City council member and co-chairwoman of the City Council’s Women’s Caucus, says. “If you don’t realize that the person who fills this job truly makes a difference whether or not they have the capacity to deal with quality-of-life issues, past legislation, funding. Those are incredibly important things, and the electorate doesn’t realize it.”

Voter turnout is low in local elections across the country, but New York City’s election turnout woes are, some feel, thanks to a flawed primary and voting system. The city’s primaries are closed — you can’t vote in the party primary unless you’re registered as a member. Independents, or those who don’t want to commit on paper to a party, have no voice and no vote.

New York isn’t alone. They’re one of 15 states with closed primaries. But it’s the city’s deadlines for registering (or changing party affiliation) that are comically stringent. To vote in next summer’s primary, New York voters had to register by Oct. 13. Nearly a year in advance.

Renée Paradis, of the New York City Democratic Socialists of America (NYC DSA) agrees. “I think a huge factor in lowering turnout in the primary is New York’s unfair, undemocratic and frankly unconscionable party affiliation change deadline,” she says. “Anyone who registered as an unaffiliated voter would have had to change their party registration in October 2016 in order to be eligible to vote in a party’s primary in September 2017.”

Daniel Altschuler, managing director of Make the Road Action, an organization that works with working-class Latino communities, put a fine point on it: “I think contextually it’s really important to understand low participation in New York state is because we also just have terrible voting laws.”

However, even if without real system changes — something even Rosenthal feels is a long shot in the current legislative climate — advocates working on increasing voter turnout say there are ways to get more residents to cast ballots.

First and foremost is education.

“Most people don’t know that the elections are happening here,” Antigua says. “The more people that know, the more people are going to vote.”

But it’s not simply about canvassing and knocking down doors. Then you just end up with what Altschuler called “a vicious cycle in which people who have not been engaged before are, again, not engaged and remain outside the ranks of those who are voting frequently.” It’s about canvassing and knocking down the right doors. Campaigns, cities and organizations like Make the Road have to work to target everyone — particularly those without a voice.

It’s less about mass canvassing and more about neighborhood-by-neighborhood efforts. “We specialize in engaging people in immigrant and Latino communities,” Altschuler says. “And I think where we’ve been most effective is that the folks that are knocking on people’s doors are members from those communities who speak the language of those communities and are able to engage in culturally competent ways.”

Altschuler says the approach has proven effective in getting out the vote. And it’s something he has found, through his work at Make the Road, can be replicated in communities across the country.

“The ideal is to have neighbors knocking on neighbor’s doors,” he says, “and that type of work where people know one another in their communities and they’re saying, ‘Well, I’m going out to vote and I want to make sure you are, too.’ That’s the most effective way to do this work.”

Rosenthal found out that students were mailed a voter registration card along with their diploma. But she wanted to ensure new voters got on the rolls and understood their civic duty. It was such a success in the first year that, according to DNA Info, Rosenthal lobbied her fellow council members to include it as a 2016 budget item. The program received $200,000 in funding last year.

“We started this initiative to connect nonpartisan groups to high schools, and go in and give our conversation about why you register to vote, why it’s important, and why choosing a party matters in New York City, and trying to get kids to register,” she says.

It wasn’t solely registering people to vote. It was a day for civic education, informing kids — even those who are not eligible to vote based on immigration status — how they can get involved, from participatory budgeting to workshops that serve as crash courses in New York City government. (I most definitely did not know what a community board was at 18.)

Yet, despite these helpful efforts, until the primaries are open and the registration deadlines are shorter, there’s no amount of canvassing that can overcome the system.

“Because of all the hurdles that are systemic, it doesn’t matter how much education we do, turnout is going to be low,” Rosenthal says. “The only way to consistently increase turnout is with structural reforms.”