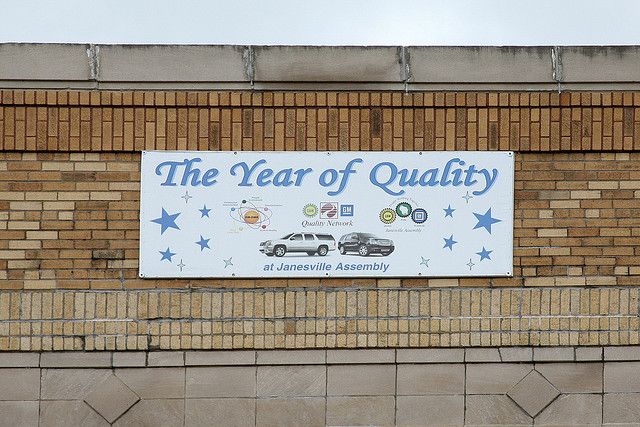 Back in 2008, as the economy was tanking, Republican vice presidential nominee Rep. Paul Ryan traveled to Detroit to try to convince GM executives to keep open a plant in his hometown of Janesville, Wis. As part of this effort, he and other Wisconsin officials offered the auto company $50 million in state enterprise zone tax credits.

While the Wisconsin representative’s offer failed to entice GM, the idea of geographically targeting tax credits reveals what is perhaps the most plausible federal urban policy of a Romney-Ryan administration: enterprise zones.

Enterprise zones, which provide tax breaks for development in economically disadvantaged areas, were probably the only urban policy to come out of the Reagan administration that didn’t involve spending cuts. Reagan never actually got around to passing legislation creating enterprise zones, but George H.W. Bush’s HUD secretary Jack Kemp, whom Ryan claims as a mentor, was particularly taken with the idea of cutting taxes to spur growth and helped popularize the zones. They have remained one of the staples of urban policy ever since.

Interestingly, Kemp was unable to convince Bush to create enterprise zones during his tenure at HUD, perhaps in part because of the agency’s much-diminished status in the wake of Reagan administration funding and personnel cuts.

But Kemp had made enterprise zones all the rage. States passed their own versions of them in droves: According to the National Council of State Legislatures, 43 states have around 3,000 enterprise zones. Designation as an enterprise zone varies across states, but generally involves demonstrating some level of economic distress, which then grants the area access to various tax incentives, including income and job creation tax credits.

Only under President Clinton did the federal government itself enact enterprise zones, rebranding them empowerment zones (essentially enterprise zones on steroids) and, later, under the Bush administration, adding similarly designed renewal communities.

While Ryan has in some ways diverged from his former mentor, he was almost certainly influenced by Kemp’s passion for enterprise zones. Dylan Matthews notes Ryan’s sponsorship of the National Enterprise Zone Act of 2004, which he describes as the only legislation Ryan sponsored that was “primarily designed to combat poverty.”

While Matthews examines the enterprise zone legislation through an anti-poverty lens, enterprise zones are more traditionally viewed as tools of place-based economic development. It is this more expansive view that has allowed conservatives to trumpet the zones as a part, if not the whole, of their federal urban policy. Indeed, Kemp once noted that “Enterprise zones, along with school choice, personal retirement accounts, and other pro-family initiatives supported by [George W.] Bush represent a complete urban agenda.”

Kemp’s taste for enterprise zones, along with Ryan’s past sponsorship of the them — and the intimate knowledge of the zones that his negotiations with GM reveal — suggest that tax incentives would feature prominently in any Republican federal urban policy.

But do the zones work? Matthews concludes that the evidence is “mixed.” I would describe it as complicated.

State-created zones generally do not seem to increase employment, one of the primary goals of the zones (see here, here and here, for example). This study, however, finds some increase. Federal empowerment zones also seem to lack a positive impact on employment and can have negative “spillover” effects. But there is evidence that the zones increase home values, an important indicator of neighborhood health.

There are other consequences of enterprise zones, however.

As one study warns, enterprise zones can be part of a “race to the bottom” in which localities compete to offer firms the largest tax breaks. Indeed, the authors note that in Ohio the purpose of the enterprise zone program shifted from economic development of disadvantaged areas to competitiveness. The number of Ohio enterprise zones rose from 14 in 1983 to 359 in 2004.

At the federal level, a similar trend occurred. Crucially, Clinton’s original designation of empowerment zones included $100 million in social services block grants that went to each empowerment zone. As the program evolved, however, these other elements faded. The Government Accountability Office concludes that “While these programs initially offered a mix of grants and tax incentives for community and economic development, later rounds offered primarily tax incentives for business development.” Enter Ryan’s offer of state enterprise zone tax credits to GM.

In fact, one study).pdf that did find that federal empowerment zones had a positive employment impact looked specifically at the first round of zones, all of which received grant funding. The study concludes that the tax credits in combination with the grants were effective.

The point of all this nuance is that conservative urban development strategies that espouse a hands-off, tax incentive approach alone don’t seem to be very effective. They are open to capture and exploitation by both firms and politicians and they are unlikely to result in improved employment outcomes.

If enterprise zones are to be in our future, however, what does seem to have a possibility of working is a more considered scheme with clear economic development goals — one that brings federal, as well as private, funds to bear on community development.

Harry Moroz is based in Washington, D.C. He has written about cities for The Atlantic, Salon, the San Francisco Chronicle, the Philadelphia Inquirer and other publications.